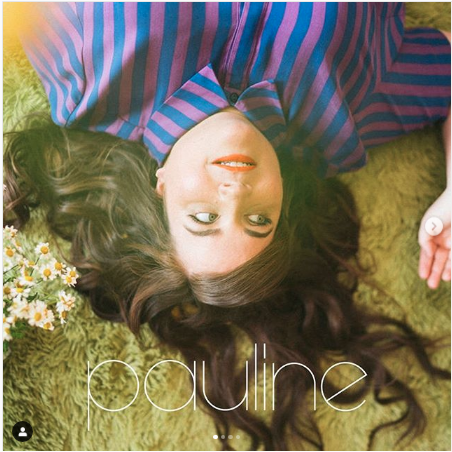 Aidy Bryant is the latest celebrity to try her hand at fashion, and, spoiler alert: we’re not disappointed. The 32-year-old Saturday Night Live actress just launched her new plus-sized brand, Pauline, and its first collection includes some trendy, breezy, and lovable shirt-dresses that women all over the world will love. Moreover, they’re undeniably reminiscent of Aidy’s easy-going yet sharp personality.

“I have been a fat lady my whole damn life [and I’ve] always felt like there were clothes out there, but not what I wanted,” Bryant said in an introduction video. “And what I wanted was something easy and simple and cool, but also comfortable.”

While Bryant established herself as a comedic force on Saturday Night Live, she has since started to branch out from her 30 Rock roots. Recently, she went into an all-new TV venture as producer and leading lady in the Hulu series Shrill. As expected, the show has been super successful with its punch lines and unapologetic take on plus-size struggles. Besides that, fans have also been lusting over Bryant’s character Annie Easton’s unique wardrobe — even crediting it as one of the first shows to depict plus-sized people as stylish.

Although Annie Easton’s clothes are custom-made by Shrill‘s own designers, Bryant has since used them as inspiration for her own brand. “We were getting such a big response from people online being like, ‘Oh my God, where can I get your dress?’” she revealed in an interview with Refinery 29. Realizing the gap in the market, she jumped on the opportunity with her stylist, Remy Pearce, and made Pauline happen.

At the moment, there is only one available style in the Pauline catalogue: the popular Lovington dress. Available in sizes 12 to 28, it also comes in three different colors — from blue and purple stripes, to blue and gingham. According to Bryant, the $175 piece is “just a little taste” of what’s to come.

Right now, it looks like Bryant is going full steam ahead in a bid to change the fashion industry, as we know it. For too long, plus-size consumers have been left out of the conversation, often being excluded from trends or clothing ranges. Fortunately, Bryant isn’t alone in this fight. Lately, we’ve been seeing major retailers like Marks & Spencer making significant strides towards inclusivity. Although they have had their “Curves” plus-size line for some time, they’ve expanded their “regular” women’s line up to a size 24, helping to normalize it even more.

On the other hand, inclusive brand Woman Within is creating an exclusive space where plus sizes dresses are celebrated. Similar to Pauline’s, their selection of dresses come in a variety of prints and designs that are unlike any other brands that populate mainstream shops. And on the high fashion end, we’ve got labels such as Fenty, which is introducing some inclusivity to the luxury market — another sector that has long limited itself to the traditional model aesthetic.

Despite these changes, however, there’s no hiding the fact that we’ve still got a long way to go in eliminating unrealistic standards ingrained in Hollywood and beyond. The day that plus size clothing, models, or campaigns no longer make “revolutionary” headlines is when we know we’ve truly made it.