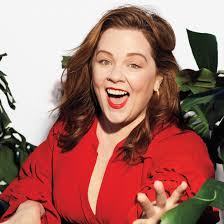 Melissa McCarthy is “fascinated” by the fact she is quizzed about her size by journalists all the time when larger male actors aren’t.

In a cover interview with InStyle magazine, the actress, who is nominated for a BAFTA for her dramatic role in Can You Ever Forgive Me?, admitted that she can’t figure out why reporters feel it’s acceptable to question her about her weight and appearance when they wouldn’t do so with a male actor.

“But it happens all the time, to the point where it’s fascinating because they don’t do it to men. Not to be a jerk or single him out, but when John Goodman was heavier, did anybody ever talk about his girth?”

The 48-year-old recalled that the producers of the show apologised and vowed to never use the footage of what he said, but it’s not the only time she has faced questions about her size on a press tour.

She thought back to one press conference for The Heat or Tammy and when one male journalist asked her why she always felt the need to be “so grotesque” in front of 100 other people.

“He goes, ‘You look sloppy, you’re not wearing any makeup, your hair is not done, you’re yelling at people.’ I was like, ‘OK, so have you ever asked this of a guy? I’m playing a character. You need to get out more if you don’t think there are real women like that.'”

She explained that she didn’t want to get angry and swear at the reporter because then he “would win”.