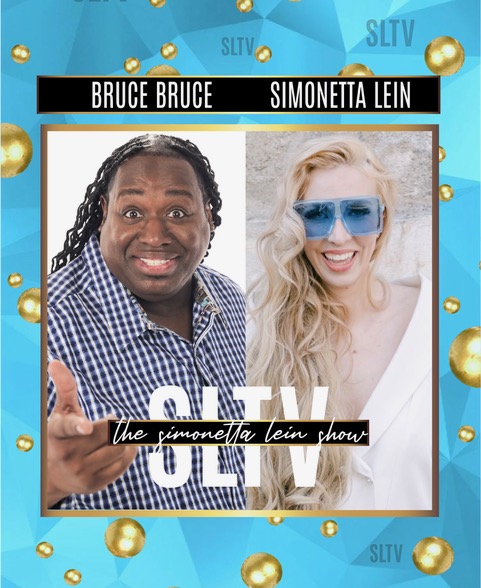 Bruce Bruce Guests on The Simonetta Lein Show On SLTV

As The Simonetta Lein Show premiers its 4th season premiere, the show welcomes one of America’s favorite comedians and actors, the legendary Bruce Bruce. He has earned his name to fame in the worlds of stand-up, TV, and film, having worked with some of the industry’s biggest names. Bruce Bruce has starred in movies, cameoed in music videos, hosted awards shows, you name it, and just this September Bruce traveled with both the Martin Lawrence & Mike Epps Comedy Tours! He joined the show to discuss his early career, the realities of parenting while being an entertainer, and getting nervous while performing…Tune In #SLTV

Thank you to the amazing team behind #TheSimonettaLeinShow,