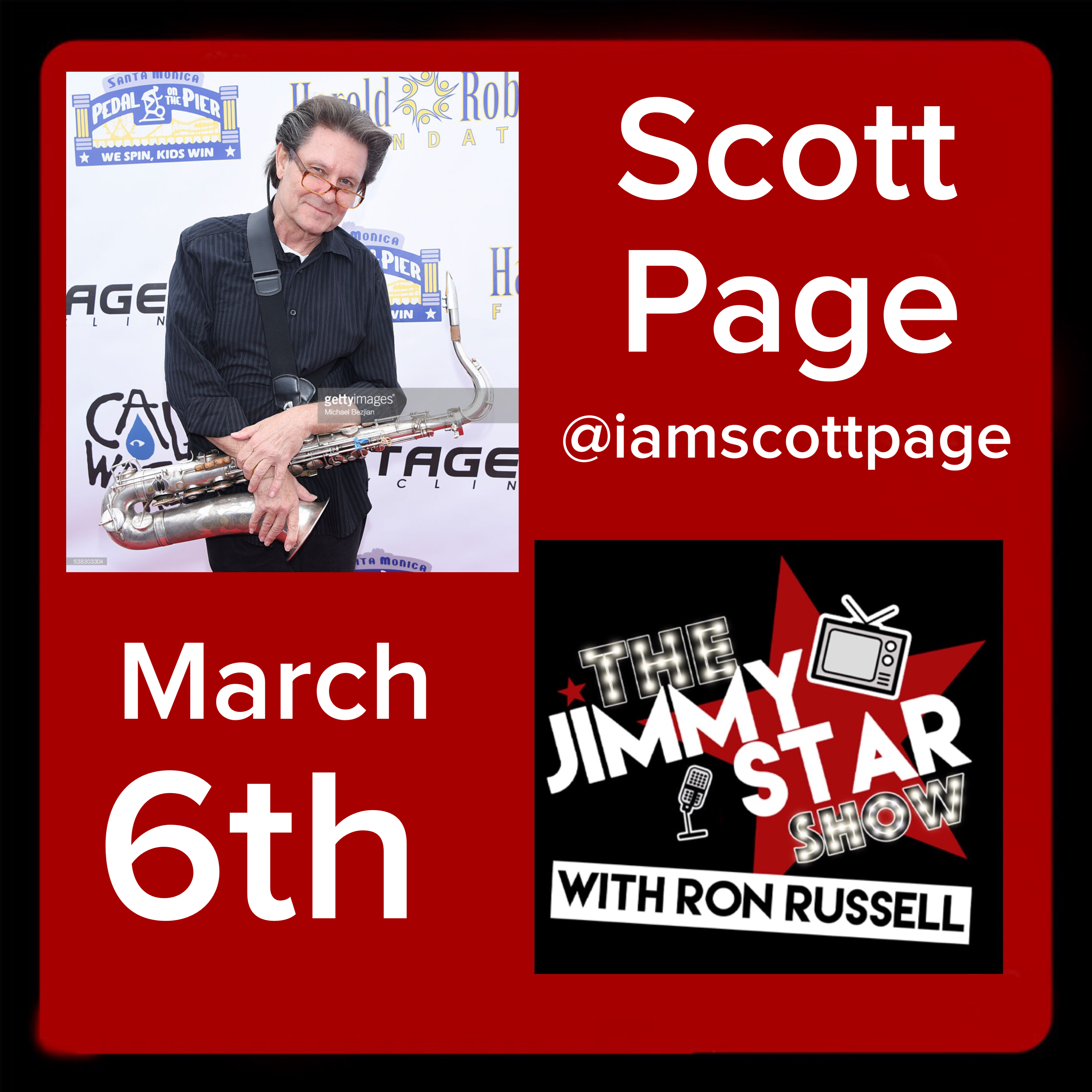 Scott Page will be a guest on The Jimmy Star Show with Ron Russell live on Wednesday, March 6th, 2019 from 3-5 pm ET | 12-2 pm PT at w4cy.com Radio | Visit www.jimmystarsworld.com

Scott Page will be a featured guest on The Jimmy Star Show live radio/tv show hosted by King of Cool Jimmy Star along with Cool Man About Town Ron Russell to discuss his new company Think:EXP, his amazing music career and the entertainment industries at large. The Jimmy Star Show is tv/radio’s coolest hit show, featuring the best in music, entertainment, fashion and pop culture, all from a fun industry insider perspective in a completely live, unedited fast-paced two-hour conversational format.

Scott Page is a musician, technologist and entrepreneur. As a performer he is widely recognized as the saxophonist/guitarist for Pink Floyd, Supertramp, and Toto. He currently serves as CEO of Think:EXP, “a live immersive media company based in Los Angeles.” As an entrepreneur, Page formed Walt Tucker Productions, an audio video post-production company that included projects for The Rolling Stones, Bon Jovi, Janet Jackson, Garth Brooks, Scorpions and others.

Page frequently serves as an invited guest lecturer and panelist at numerous new media conferences and university symposia. He was also a featured guest mentor on over 150 of the weekly syndicated radio show Business Rockstars, hosted by Ken Rutkowski. As an artist he continues to record and play live performances.

The Jimmy Star Show with Ron Russell is pleased to showcase the expertise and talent of Scott Page and all anticipate a fun and informative time talking with him about his career and the entertainment industries at large.

To hear/see Scott Page live on the Jimmy Star Show with Ron Russell tune in to W4CY radio on Wednesday March 6th, 2019 from 3-5 pm ET and 12-2 pm PT online at www.w4cy.com from anywhere in the world!