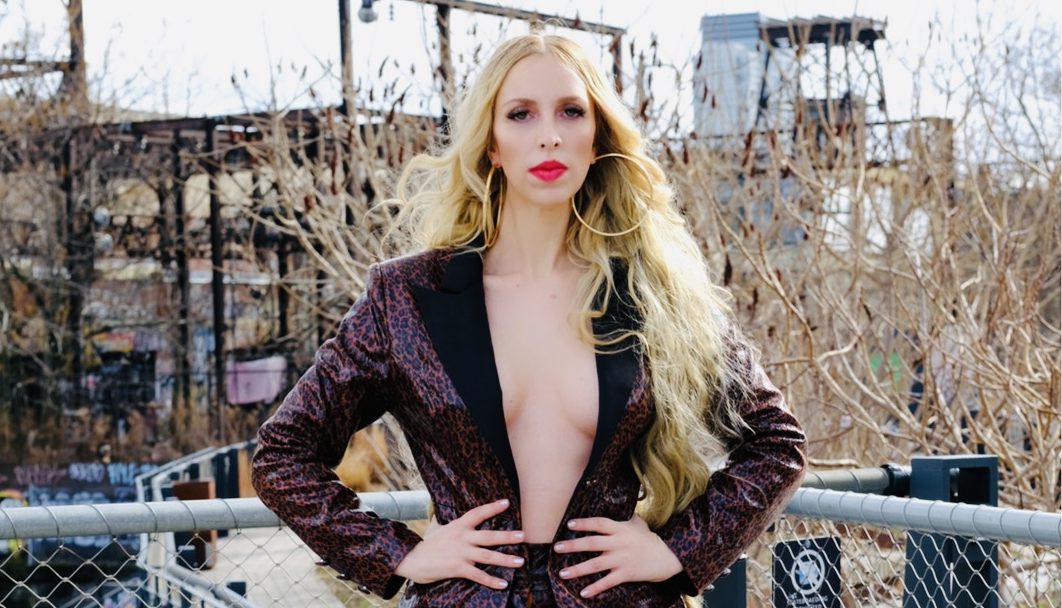 The radiant super-model and Television host couturier and monumental influencer, Simonetta Lein has recently returned from Cannes 2022 with the well-deserved “Celebrity Media Personality and Influencer of the Year” award via “The World Influencers and Bloggers Award. The celebrated host of “The Simonetta Lein Show” has focused and labored hard in recent years making her celebrity talk show one of the best featuring stars including Eric Roberts, Bob Saget, Leon Robinson, Afroman, Tommy Chong, and a cascade of others. The Simonetta Lein show invites viewers and fans to watch short and inspiring interviews with your favorite influencers and enjoy heartfelt stories on topics that really matter.

In a glamorous celebration at the Hotel Martinez, Simonetta was presented with this honor by the WIBA in collaboration with Forbes beating influencers including Taylor Banks, Charli D’Amelio, Chrissy Rutherford and the Kardashians. The World Influencers and Bloggers Awards is the first global award for the best opinion leaders and bloggers worldwide who have the most significant influence and achievements in various areas.

When asked how did it feel to win “Celebrity Media Personality” and “Influencer of the Year” Simonetta said, It feels like finally, I got that big and reassuring tap on my shoulder that symbolizes “Good Job Simo.” It felt like my grandparents would be very proud and maybe they are watching over me from “up there.” When you get a recognition like this on a worldly scale it is always more than “just an award.”

Having a social media following of over 11.3 million followers, Simonetta has inspired her collective effervescence of followers as a person of impact. Like the flash of the setting sun on the horizon Simonetta is the spark that illuminates the stars on a dark night.

Beyond her television show Simonetta is an opulent super model seen on the cover of Forbes Monaco, on billboards in Times Square, and many others. She is also an accomplished entrepreneur, with her branding business, a benevolent philanthropist with her “Wishwall Foundation”, an author and actress and a person of empowerment. Some call it confidence, others call it faith, but if it makes us brave the label doesn’t matter, for its the thing that frees us to embrace life itself. The Simonetta Lein Show via SLTV is in production of it’s highly anticipated 5th season.