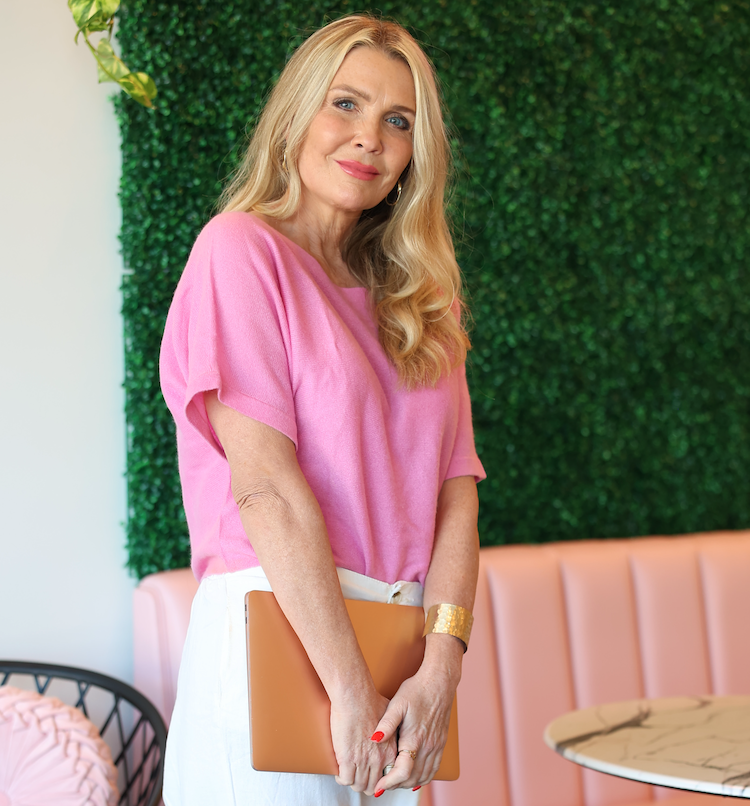 Faith Hibbs-Clark understands the challenges faced by those who make a living on screen. She’s the founder of “Communication Method for Actors”, an intensive film acting program founded in 1999 that teaches actors “how to lie effectively” on camera. And while most acting programs are based on opinion, this method is based entirely in science. “I give clients the training they need to move ahead quicker in a very tough industry,” Faith explains.

With topics like: “Why visual performance and body language do more for booking a role than what an actor says,” OR “How body language, including macro and micro-expressions can quickly transform an actor’s performance and ultimate believability,” Faith has created a very unique space for herself in what many see as a an industry which can often seem repetitive: “What we’re offering is different. I’m talking to actors about how their training can be retained through muscle memory.”

Her expertise has been proven in other industries as well. Early on, Hibbs-Clark worked as a body language deception-detection expert for trial attorneys, federal agents, CEO’s, and even politicians before entering the entertainment world as a casting director. After seeing how actors struggle with auditions, Hibbs-Clark decided to help actors in the same way that she had done for other professions and created a training program specifically geared for actors.

CMFA uses behavioral science, including body language and psychology to inspire actors to bring the words in the script to life through visual performance without it being distracting or looking staged and predictable. “It is consistent with what the brain does to process each moment of the character’s experience in the story.” Hibbs-Clark says. “Anything else, would read like a lie and detract from the believability of the scene. Also other methods that traumatize actors by forcing them to relive personal experiences is not only ineffective but not scientifically sound.”

This method goes against a need for backstory, immersion, or emotional recall that other acting methods and techniques encourage and is specifically designed for film and television actors.

With a background in science as well as casting, Hibbs-Clark brings her unique and diverse knowledge to the entertainment world. She insists that actors must communicate in a way that will neurally couple with the decision maker and teaches actors scientifically-based formulas that they can use as a framework for their auditions and acting work.

Having trained Academy Award winner Emma Stone and many other celebrities. Faith helps actors of all-levels communicate more effectively in their roles and careers. “Whether it’s on a massive level with someone well-known or someone just starting out, we celebrate all of the wins says, Faith. “Client progress of any magnitude is what drives me.”