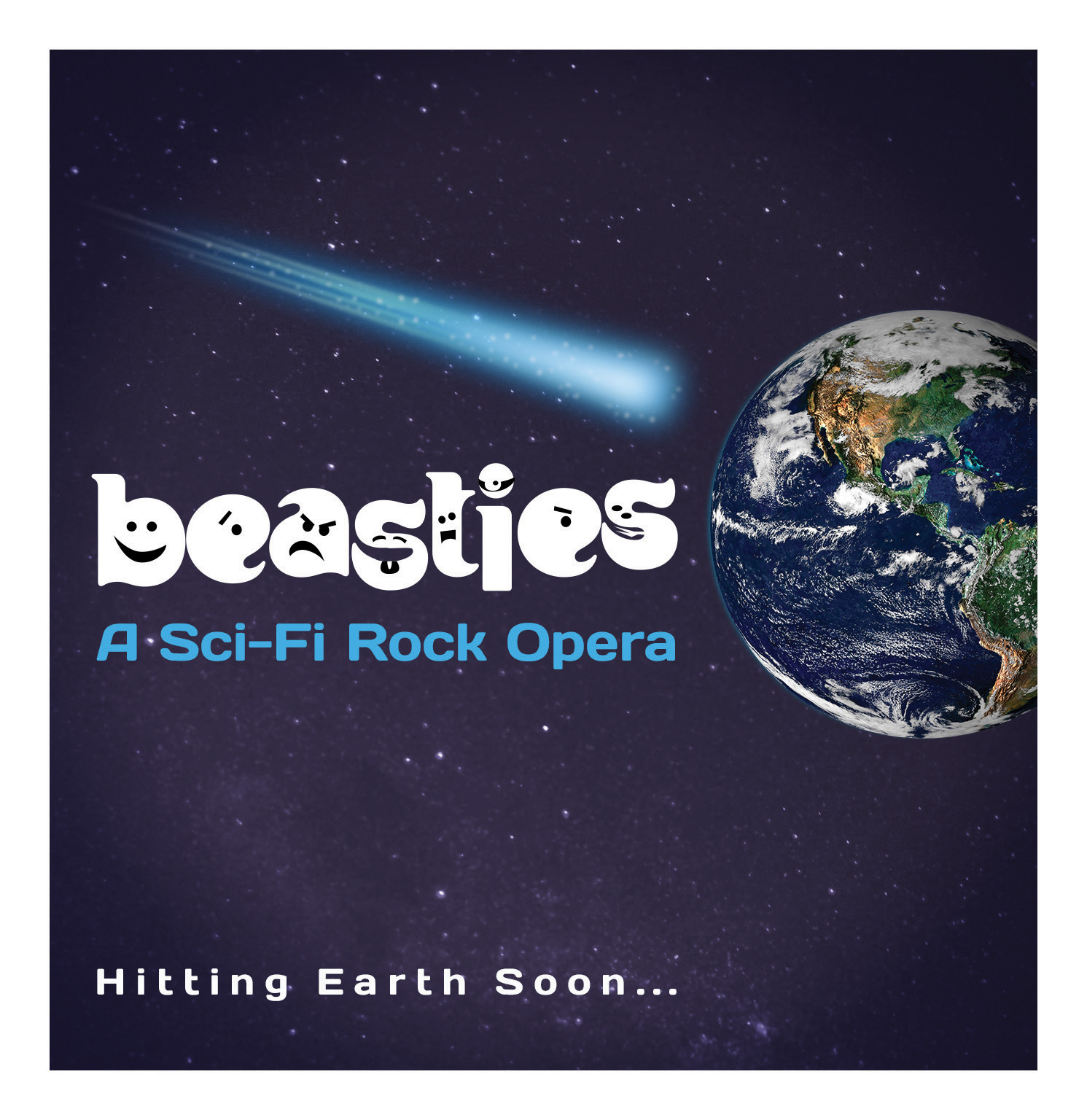 Gary Sohmers’ three-song teaser EP for his Beasties: A Sci-Fi Rock Opera reveals early evidence of the project’s audaciousness. The “plot” for the piece is surprisingly straightforward except for its two to three key shifts spiraling it off in idiosyncratic directions. Beasties culls its core storytelling of a great rock band making its big break at last only to be thwarted by a corrupt manager/promoter from Rock and Roll History 101. Incorporating quasi-messianic stagehand/singers and aliens, faceless fictional corporate behemoths, corrupt politicians, and aliens, however, pulls the production into odder territory that leaves a mark on listeners.

Sohmers enlisted top-shelf talents to help bring it off. Oscar-nominated and Grammy winning vocalist Dave Bickler tackles the role of Grā, the narrative’s hero, while British vocal legend Chris Farlowe, recently wrapping up a tour with prog rock legends Colosseum, joins as the opera’s villain Dick Traitor. They are joined by other vocalists and musicians such as guitarist Tom Majesky, soul singer Barrence Whitfield, and arranger Bill Holloman. The latter is responsible for the opera’s orchestration and co-wrote its music with Sohmers.

“Even the Cool Succumb” features Farlowe in his Dick Traitor role and the same voice that has stood Jimmy Page, the aforementioned Colosseum, and Atomic Rooster, among others, in such good stead since the 1960s. More than one character, however, drives the song’s internal dialogue, but the track’s frantic pace never blazes out of control. The vocals maintain firm control over their phrasing with each line and kicking the track off with such an energetic groove is an excellent way to introduce listeners to the opera.

The song’s written in the first person and does a great job establishing character. Sohmers’ understanding of how to frame voice and character within the context of a rock song continues impressing in the next song “Good Old Friend”. Listeners encounter the opera’s other side of the coin as the boisterousness and drama of the earlier track give way to vulnerability. The arrangement, however, surrounds those emotions with the same sweep and sonic punch carrying the EP thus far. Beasties, if nothing else, is an invigorating musical ride.

Sohmers concludes the EP with “Stand Up and Be Counted”. It’s a mixed success in this review’s estimation as some listeners will embrace the song’s call to arms extending much further than the story while others will feel it breaks the spell that other songs establish for listeners. Taking its obvious aims into account and the specific style it aims for, “Stand Up and Be Counted” is a success, but it’s difficult to appraise its ultimate effect divorced from the surrounding material.

Gary Sohmers’ Beasties: A Sci-Fi Rock Opera has ambition to burn. There’s no doubt about that. Some listeners will peg it as an unqualified success from the first, others will hear its current as more of a stage in its development, but few will finish even this EP dismayed by the experience. It engages the listeners’ imagination in a way music seldom does anymore and boasts innumerable production possibilities.