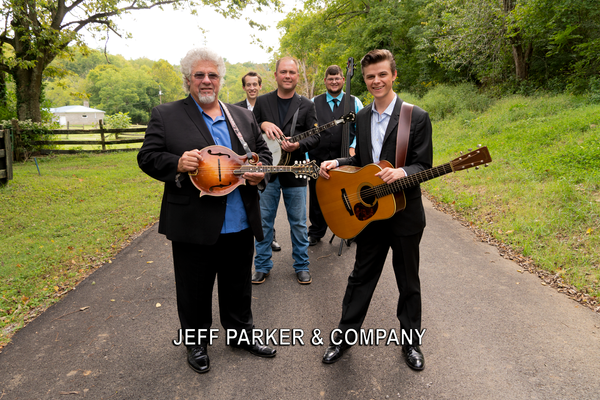 Jeff Parker once again proves himself via new LP

If you’ve been in the mood for some pure American harmonies of the best variety, you needn’t look much further than “Southern Wind,” “Dixieland or Bus” and “While Endless Ages Roll,” three of the songs that are included on the new album from Jeff Parker & Company, Time Has Made a Change. Studded with Parker’s beautifully melodic mandolin alongside guitar, bass, fiddle and banjo to round out the string section, Time Has Made a Change is a record defined by its mammoth instrumentation and complex compositional arrangements, but despite its highbrow stylization, it’s one bluegrass LP that plays just as well with hardcore fans as it does with occasional listeners who are interested in a swinging Kentucky groove (which, I should note, is a plentiful commodity throughout this album’s ten songs).

There’s a really homespun fluidity to this tracklist, with one song spilling into the next rather seamlessly, but I wouldn’t say that there aren’t any creative distinctions between the various compositions on the LP. “He Guides My Life” has an ambitious vocal that ascends to a higher peak than any of the instrumental facets in the background could ever reach, thereby tethering its stylization to traditional gospel music, and though it sits between a very conventional bluegrass breakdown in “Dixieland or Bust” and a somewhat folky harmony in “While Endless Ages Roll,” there isn’t any choppiness in the transition between the tracks. Time Has Made a Change is an incredible sit-down record in this respect, as it takes us on a wonderful and strangely unpredictable journey from one end of the American bluegrass spectrum to the other without its true identity getting lost in translation.

I would have liked it if the vocal had been just a touch louder in “A Memory of You” and “Wrong,” but I suppose that I can understand what Jeff Parker & Company were going for in putting it on an equal level with the backing band.  By keeping everything on an even sonic trajectory in these two songs (and, to a lesser degree, in “What About You,” “Time Has Made a Change in Me” and “Carolina Line”), we get just as much of an emotional essence from the components of the melody and rhythm as we do from every rhyme in the verses, which not only enhances understated elements of the music but makes the lyrical content all the more accessible to us (a difficult task for any artist or group to successfully accomplish).

Much like he has in his past releases, Jeff Parker once again proves himself to be a reliable bluegrass musician capable of putting a unique imprint on even the most classic of melodic blueprints in Time Has Made a Change. With the help of his backing band, Parker gives up one of the more well-rounded LPs of the fall season here, and while it might not be breaking any new ground for the bluegrass genre in general, there’s no question that its ten songs are worthwhile fodder for anyone who can appreciate an old-time American beat.