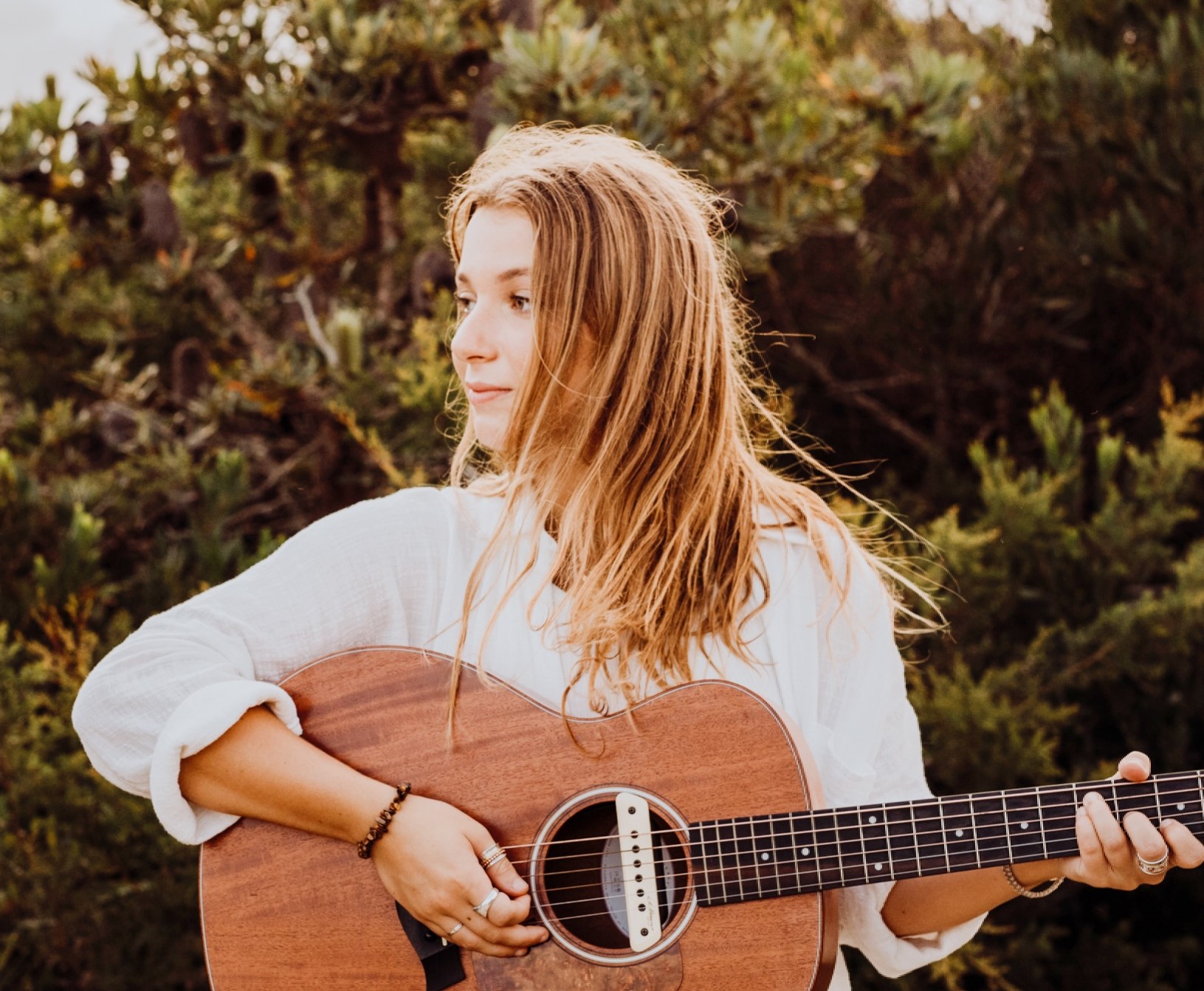 19 year old singer/songwriter/guitarist Bree Rusev from Newcastle, Australia, started songwriting and performing just months after picking up the guitar for the first time at age 14, with her music inspired by artists including Bon Iver, Ben Howard and James Bay, as well as from events and emotions she has experienced. Bree is a regular around the Newcastle music scene and displays a lyrical maturity well beyond her years, with storytelling through her emotive songwriting, vivid imagery and lyrics that reflect on the world around her combined with a very distinctive voice to create a unique sound that borders between genres of folk-pop and rock.

Since entering her debut single, ‘Coastline’, in Triple J’s Unearthed High in 2020, her music has been recognised in Australia with all of her four released tracks to date receiving Triple J radio airplay. Her music has also been recognised internationally. Bree gained acclaim for her last single, ‘Goodbye’ by taking first place in the 2021 International Songwriting Competition (ISC), winning the teen category. The ISC is the world’s largest songwriting competition with over 21000 artists entering in 2021, in the company of fellow Aussie legend entrants like Missy Higgins and Eskimo Joe. The judging panel for the ISC included Jeremiah Fraites (The Lumineers), Hozier and Coldplay, among other music icons.

“I’m loving the sentiment, the storytelling and your voice Bree. nailed it!”, Declan Byrne from Triple J – review on Bree’s song ‘Goodbye’.

– “There is no female doing what Bree is in the folk genre. She also puts her own unique spin on the genre, creating something special that keeps you listening,” Tara Campbell from Temporary Dreamer.

Thank you for letting us interview you! Let us in on your new music! When did you record it?

I recorded ‘What is Love’ in April 2022, during the Easter break.

Any writing traditions you have when you’re in that mode?

My writing process for this track started with the guitar chords and picking patterns. I then added the lyrics and the melody sort of formed after that, as I sang it.

Any other traditions you have when you’re in your recording process?

Not really but I enjoy a big breakfast before a day in the studio.

What challenges come with recording?

It is a long day in the studio with many takes to get the final version of the song.

Who did you collaborate with in the studio?

I teamed up with acclaimed producer, Garrett Kato, in Byron Bay to record it. Garrett mixed and produced the track.

Any recording stories you have that you’ll remember forever from this music? Please share one with us!

The song was recorded in Pete Garrett’s recording studio in Byron Bay and I got to also meet Pete Murray and use his guitar for the recording itself.

What do you want fans to appreciate about your artistry when it comes to the new music?

The lyrics. I’d like people to feel submerged into the track when they hear it and to be able to form their own interpretation of the track.

After the new year we typically forget about our resolutions, have you kept yours when it comes to your music making?

I have quite a few originals I had hoped to release this year so hopefully I will be able to release a few more singles over the coming months.

I will be releasing ‘What is Love’ on September 9th.

You can follow me on Spotify and most online platforms to keep posted on new music in the works for 2022.