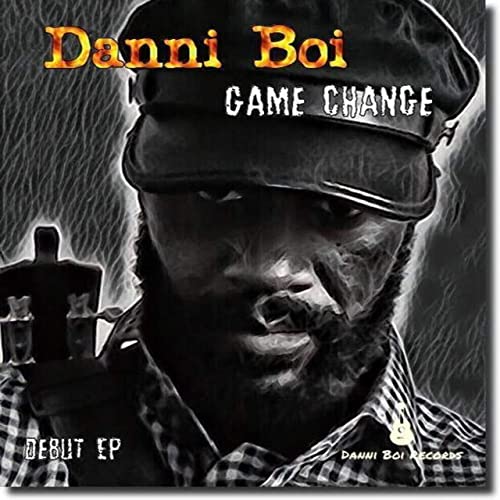 Acclaimed acoustic guitarist Danni Boi makes a confident step onto the scene with his debut EP Game Change. Released December 4, 2020, Danni Boi takes his guitar mastery to new heights in the Neo-Soul genre. In seven tracks, he takes you in and refuses to let your attention go.

The single-instrument sound that runs through the album is an uncommon, though effective tool that Danni Boi wields so smoothly he makes it sound like he’s right there in the room with you. Not only does he have technical mastery of this intimate instrument, he also carries an emotional core at the center of each piece. Danni Boi’s seven tracks are packed with a variation of emotions and themes, communicated without a single spoken word or accompanying instrument, a difficult task for any artist, but something he effortlessly pulls off with a dramatic flair.

Even after such a short time released, the albums single Stylin’ has already charted #1 for the  Neo-Soul genre in the United States on the music streaming site, Number One Music. Stylin’ showcases Danni Boi’s funk and flair. Its upbeat and steady tempo combined with the artist’s quick precision on the guitar makes for a stunning showcase of Danni Boi’s best skills. His melodic acoustic strumming makes for the opportunity to create a deceptively full sound, you’d never notice that it’s just Danni and his guitar. Without any hesitation, Danni Boi’s style shines through, making the statement that he knows he is like nothing before.

Other highlights on the EP include the track Renaissance. It’s dissonant notes and complicated chord structure challenge contemporary music of all genres. It’s brave enough to make sounds that aren’t necessarily friendly or happy, making the listener focus on the intricate rhythm and advanced technique, eventually letting us surrender to its hypnotic sounds and carrying us away until it’s abrupt and unapologetic ending. Another stand out track is Lockdown. Kicking off the piece is an easing and familiar blues chord pattern, and quickly, Danni Boi turns it on its head. He adds variations, overlapping themes and pairs it with an electric tempo that insists on having your focus.

As with any debut album, there is room for improvement. The only issue one may find with this EP is the lack of refinement in the final master mix. The timbre of the guitar may occasionally sound too twangy for neo-soul, a genre which usually calls for a smoother and more subdued tone. On the other hand, the raw sound may be agreeable with some listeners who find the raucous strums to be an extension of the artist’s intentions, and may find them to be an additional complimentary layer to the overall texture of the sound.

Overall and most importantly, it is clear from this collection of recordings that Danni Boi is eager and exhilarated to be sharing his well earned talents with us in his debut EP, and he’ll find that he has an equally eager audience hungry for his continued career.