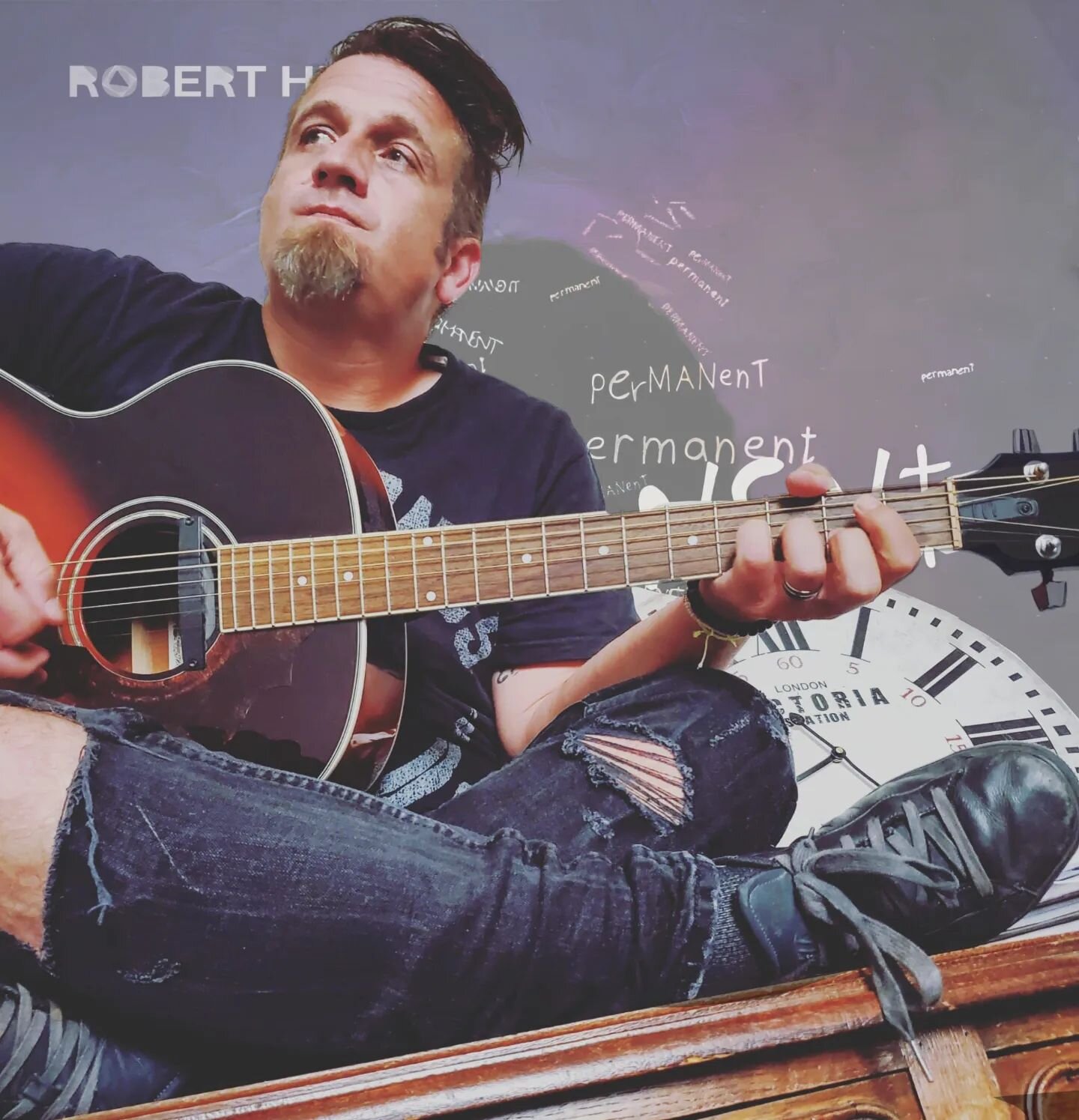 The story behind Robert Hunter’s new single, “Permanent,” makes an already powerful song even more interesting. Hunter, who is also a best-selling Author, relocated to the Netherlands when he married his wife, of Dutch descent, a few years ago. For undisclosed reasons, he decided to put music on the back-burner for the time. Most musicians know that when you take music out of your life, you’re also removing a vital form of expression and therapy that few things can substitute. So not unexpectedly, Hunter fell into a depression over no longing to have that specific outlet for his creativity

Quite often, the most unexpected occurrences come into our lives and shine a light over us when we have found ourselves in darkness. Hunter had a friend back in his hometown of Danville, PA, whose daughter established a support group for those struggling with mental health. Hunter made contact with Lauryn Hawkins, his friend’s daughter, and her fellow students. He says that inspiration immediately struck, and the words and chords to “Permanent” just rolled out. Hunter credits Lauryn and the group for allowing him to find a new lease on life and has also tasked them with conceptualizing the music video for “Permanent.

”Robert Hunter’s sound, at least on “Permanent,” is probably best described as a mix of Adult Alternative and Light Pop/Country. It’s a crisp and relatively short piece that packs a priceless message into its 2 minutes and 23-second run time. Hunter’s vocals, clean guitar tone, and bright drums are all balanced remarkably well. His performance shines with a genuine radiance, which is important on a track that openly advocates recovery and hope. The first time hearing it, I couldn’t keep a smile from coming over my face

It can’t be overstated just how effective Hunter is in getting his message across in less than 3 minutes. His lyrics are thoughtful and profound yet easy to decipher and understand. It’s obvious not only how much experience he has as a songwriter, but skill as well. When he reassures you that this too will pass, you genuinely believe him because your gut allows you to. This may be one of the most important tracks written in regards to mental health in recent history.

Its caring nature literally emanates from the speakers as you listen.If you’re lost/don’t feel ashamed/we all lose our way/It’s gonna be ok/it’s not permanent. The simplicity of the message from “Permanent” is key to its effectiveness. We often forget how even the most basic sentiments can make all the difference when offered from the right source. This song will find people when they need it the most, and it carries all the potential to inject them with a liberal dosage of strength.

Like pain itself, permanence can also be something of an illusion, deceiving us into believing that our problems have taken an indefinite residence in our minds. Robert Hunter has reminded us that the concept of permanence is just as likely to be our salvation as it was once, our suffering.