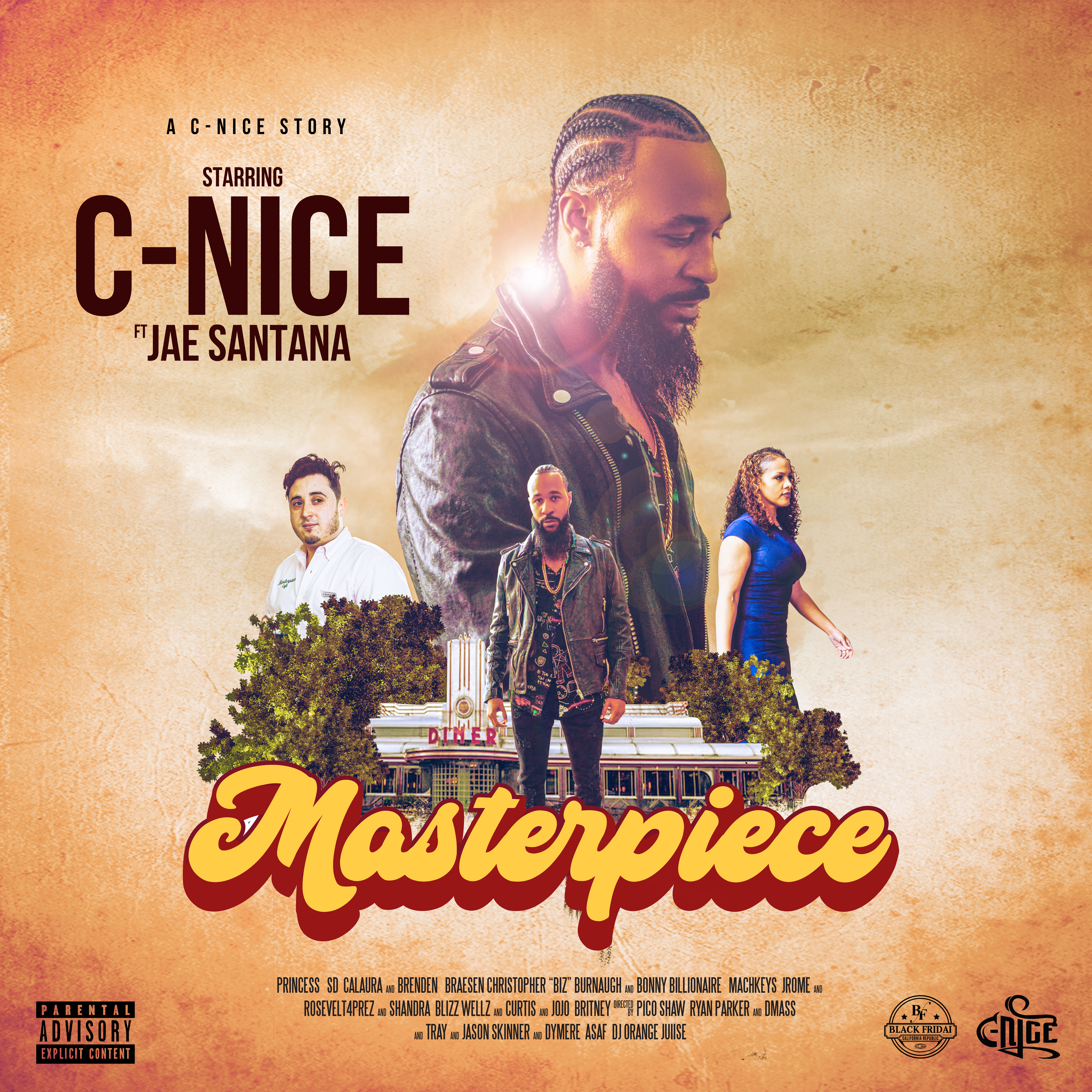 In the music video for C-Nice’s “Masterpiece,” a lively diner serves as the perfect setting from which the rapper and his melodic counterpart in singer Jae Santana can offer up fresh beats and meaningful harmonies. The symbolism in the imagery isn’t lost on those with an ear for detail; a hundred working parts all synchronized together to produce but one result, never sweating the details in this effort to construct a beautiful, yet simplistic, work of art.

The imagery aside, this track purrs with an instrumental charm that has become less and less common in mainstream hip-hop crossovers over the past couple of years, with the foundations of “Masterpiece” sounding more R&B-flavored than they do anything in straightforward rap. The pacing is half of the mood in this single and its music video, but not to the extent that we aren’t able to appreciate all of the luster in both C-Nice and Jae Santana’s output, as they unite to break off what could be one of the most well-balanced collaborations either player has added to his discography to date. This was my first time hearing the latter, but with regards to the former, his latest lives up to the standard he set for himself way back in Detour.

The groove here wants for us to get closer to the verses than the bassline would initially allow, but with every verse C-Nice puts to us from behind the mic, it becomes a little harder to resist the sweet but wholly rigid growl of the percussion. The bass part rebuffs the advancing harmony from Jae Santana in the chorus, but just enough to give his voice a bit of rebelliousness beside the instrumentation he’s straddling so epically.

For this being a guest spot, he’s singing like this is his song from top to bottom, giving C-Nice an independent channel from which to communicate (not to mention a lot less of the weight to bear as we get into the second act of the single). This hook elevates the narrative rather than simply tying together two concepts in one track, as is usually the case in material of this style, and I can see it making for intriguing remix fodder as the autumn comes into focus.

Lyrically speaking, C-Nice’s romantic side takes the spotlight all too readily in “Masterpiece” for me to dismiss his depth as the result of mere experimentations any artist would engage in when getting down to business in the studio. Between his emissions and those from Jae Santana, a sense of intimacy is never far from reach in this song, and it makes me curious to know just how much C-Nice could do with it if expanded a bit more in a future release.

He’s coming off very smooth in this performance, but it’s his thoughtful melodicism and tasteful collaborative wit beside Santana that makes his sound a cut above in “Masterpiece.” This won’t be my last sit-down with his work, and if you take a peek at it this August, I think you’re going to appreciate the hype his discography is earning right now.