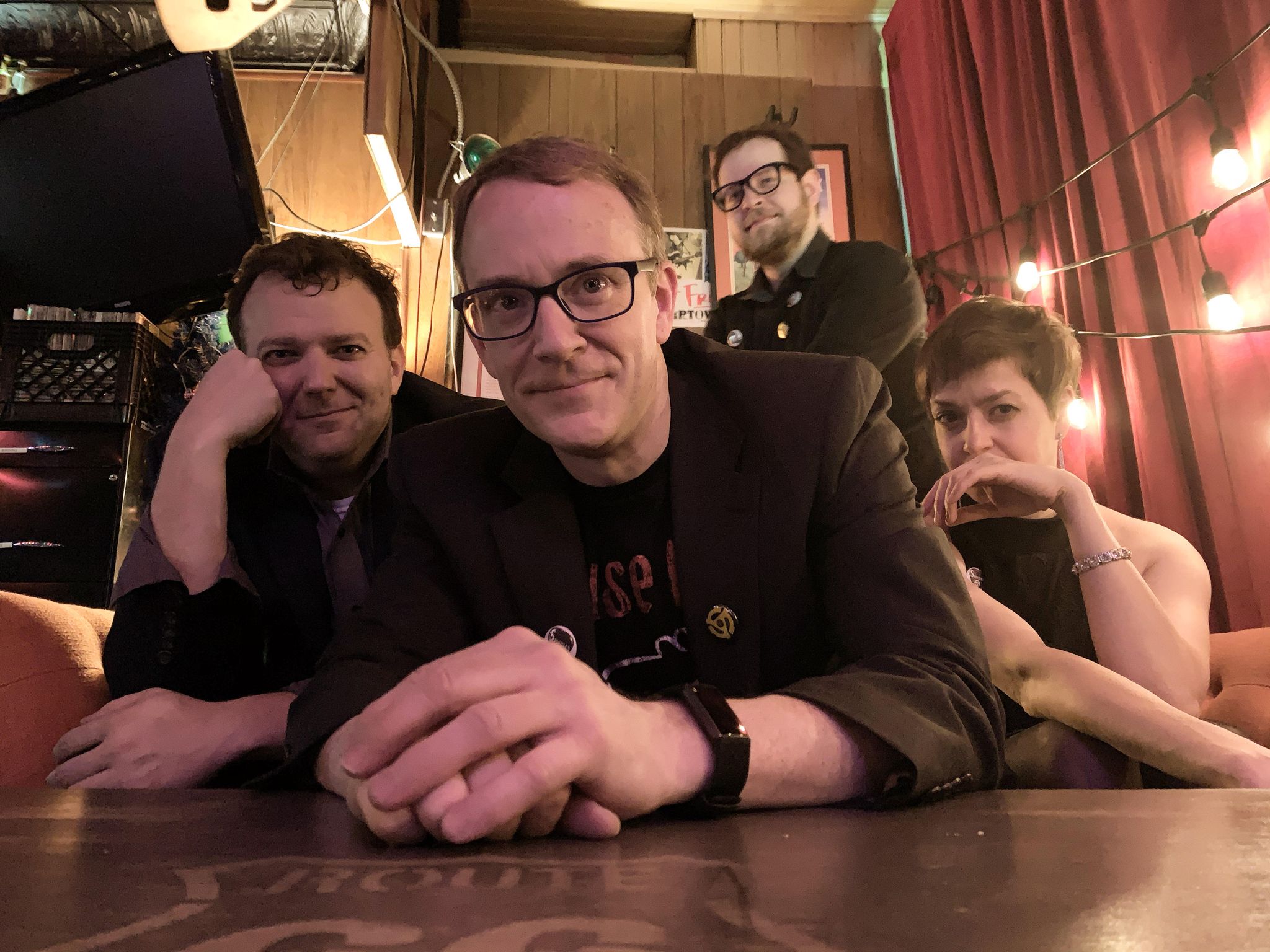 When first starting up an album by The Unswept, you might be tempted to do a double-take on the release year. It’s not every day you hear a band with their textbook Brit-pop sound in a contemporary setting, but it’s not unheard of. Their latest offering comes with their fourth LP, Fast Casual, and it’s their most adventurous yet! Shuffling all three members across vocal duties over the album’s tracklist, there’s a great deal going on within Fast Casual that fans will be able to chew on for several front-to-back listens.

“You Keep Me Company” starts the album off, and Ryan O’Brien performs lead vocals on it. His slightly English twang isn’t just a trick of the production, as the band came from Sheffield, England before moving to Chicago, Illinois, but the earnest brit-pop production does add some flair to his vocal stylings. The act of not putting on the front of being a Beatles cover band is admirable, as most bands that would tackle such a tricky area of rock music might be too afraid to do so genuinely. There’s not an ounce of self-conscious worry in The Unswept, though, and each song comes with a breath of fresh air. “Got Lucky” features Liz O’Brien on vocals and acts as the album’s lead single — it’s a jolly love track, bursting at the seams with heart and a catchy melody. I can’t understate just how much of a time machine Fast Casual is, and how much more effective it becomes with each new track.

Other album highlights across the 12-song tracklist come with the jaunty “Suggestion,” which showcases a great guitar solo and Charlie O’Brien’s pipes, and “Forget That Day,” which has a highly-catchy guitar part. The vocal rhythm in combination with the guitar work is dynamite and feels pulled directly from a milkshake shop. “Please Don’t Waste My Time” is a jangly and upbeat little ditty, complete with a hand-clap rhythm section, that transitions beautifully into the far heavier “Cheugy Choo Choo,” which once again showcases Liz’s vocals at the front. The latter is a fun roadhouse tune that feels like a mature entry from the band, especially when put in contrast with the album’s earlier work. “Sometimes Always” closes Fast Casual out with a great duet between Liz and Ryan; it’s a fantastic final note for the album to end on as it feels like the final breath of this era before whatever next step comes for The Unswept.

Finding a band as earnest as this in modern music is tough, and finding one that has the talent to back up their earnest intentions on top of it? Forget about it. The Unswept come across as a one-in-a-million group, whose focus on the melodies and structures of songs from the past give them the upper hand over their contemporaries. There’s no going forward without first looking back, and by paying homage to the brilliant sounds of the past, The Unswept has already ensured their spot within the future; Fast Casual is a joyous blast from the past of an album that’ll brighten anyone’s day.