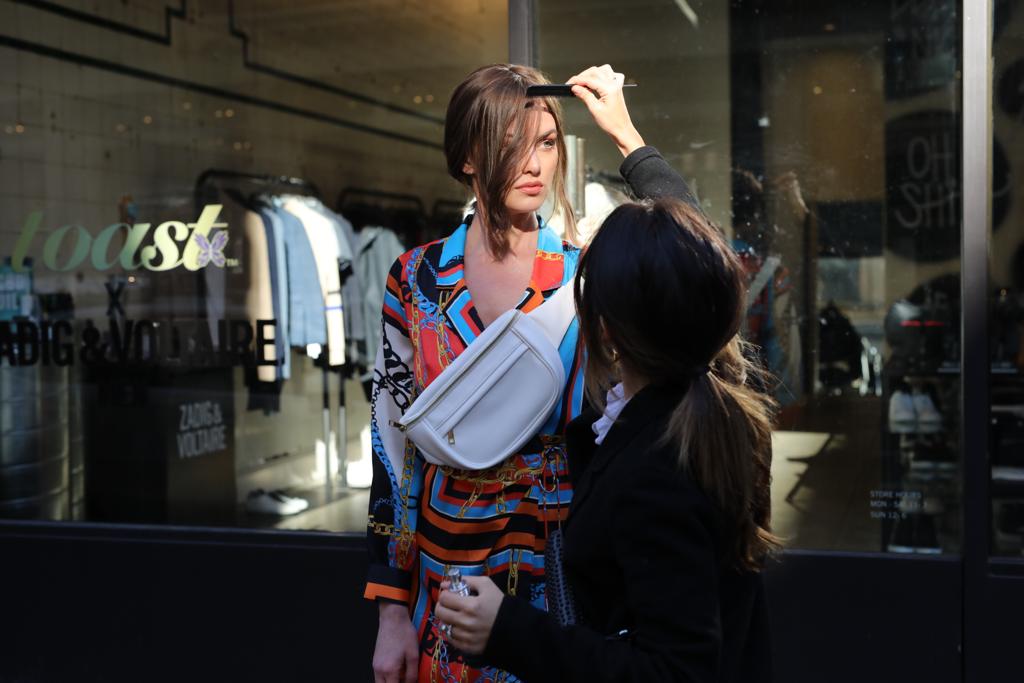 How you look can have a huge influence on the quality of your life. The shameful truth, according to recent reports, is that we tend to look more favourably on those who are ‘pretty‘. Prescriptive beauty norms – the term given to the imposition of certain expectations on a woman’s appearance – are often blamed for stopping females from getting top jobs and being valued in society.

Judging people by looks is a form of control

Closely related to this is the idea of a beauty tax – a means of maintaining hierarchical control over females, to exclude them from senior positions. Common scenarios include criticizing a woman for her appearance, or for looking old, and then using that as an excuse for not placing her in a high-visibility, important position.

As well as societal challenges, religions also present their own ideals of a woman’s image. Depending on the religious code, there is a prescribed style of clothing, hair and, in some cases, restrictions on ostentatious displays such as makeup.

Who sets the standards?

As a whole, these insidious, hidden barriers make it difficult for women to establish their own standards of beauty and escape the prescribed notions handed down by others. This is only exacerbated by the prevalence of airbrushed, glossy pictures that adorn every social media site, magazine, advertising billboard and TV. It’s as if women are constantly reminded that this is what society expects of them and if they do not meet the criteria they are somehow ‘failing’.

In a recent experiment on social media photo preferences amongst young women, while the majority of women preferred their untouched photos, they felt the need to perform some digital enhancement before posting online. This so-called social media dysmorphia is rife and makes the idea of ‘beauty’ even more difficult to define.

Who helps the vulnerable?

For those on the frontline, it is clear that the situation is not going to change anytime soon. One brave entrepreneur, Shani Lechan, has built a business that supports women through the devastating loss of their hair. She is the owner and founder of Shani Wigs, a company which makes human hair wigs for the unfortunate victims of alopecia or cancer.

The emotional distress women feel is only amplified by being surrounded by images of flawless models. Lechan explains, “Constant sharing of your image, comparing yourself with other people of varying degrees of “beauty” and the instant feedback from social media all contribute to feelings of inadequacy, self-loathing and inferiority.

She continues, “Add to this the unrealistic and unachievable images, born of multiple cosmetic surgeries, and the situation is made much worse. What is real? What is normal? It’s hard to convince women they are beautiful just as they are!”

The goalposts are constantly moving

The line also becomes blurred as more extreme procedures become normalized. Where does one draw the line on beauty enhancements? Nobody would bat an eyelid had a lady wearing red lipstick. However, what if she wants to get a full facelift? Now, imagine a society where most women are having this surgery in their teenage years. Suddenly, it’s no longer a taboo, it’s the norm. With goalposts constantly shifting, the benchmarks for ‘beauty’ are getting harder to reach.

Lechan adds, “I know firsthand just how vulnerable you feel without your locks. You don’t match up to people’s standards. You have to work hard to regain your confidence because society doesn’t accept you. My wigs are more than just a fashion statement, they are a symbol of female empowerment, making it possible for women everywhere to feel beautiful and stylish once again. I see my work as a vital humanitarian service.”

In an ideal world, we’d all be accepted for who we are, without the need to cover up our true selves. However, in an age where huge amounts of money are made on social media, with many seeking surgical help to change their looks but swearing they are ‘natural’, feelings of insecurity may be set to grow. For most women, feeling and looking their best is tied to confidence and self-worth – it’s a natural connection. If society tells us we don’t measure up, how can we change the narrative? How can we reclaim the right to feel enough? Because, the truth is, we all matter immeasurably more than the likes on a screen.