Secrets of the Zoo is something special that not only lovers of animals enjoy.  The series, that began its second season on June 2, 9/8c on Nat Geo WILD, takes people on a behind-the-scenes look at the amazing animal conservation sites of the Columbus Zoo and Aquarium and the entertaining, dedicated and interesting people who take care of them.

Nat Geo WILD expertly intertwines the stories of these animals and the people who love them and shows the drama, tears and laughter of what it is like to care for these creatures.

While the animals are always interesting, it is the people who truly make this show stand out.  Not only do they all love their work, but most are so funny and knowledgable veterinarian Dr. Priya, wildlife experts Kurt and Zack and the rest of the team of zookeepers and experts make for some great television.  The passion these caregivers have is palpable and their absolute joy of when a creature is set back into the wild is powerful and makes you feel better about humanity.

Great things to look forward to this season include calling a human cardiologist to help with a bonobo, an orphaned baby gorilla, the birth of a giraffe, a feisty alligator, an unhappy penguin with a bad do, three new baby cheetah cubs and many other intriguing life and death situations.

Dr. Priya and the team are hoping to get a look at Zuri the giraffe's baby on ultrasound, if only Zuri will cooperate.

An important thing to know is that zoos such as the Columbus Zoo and Aquarium are all about helping animals and educating the public about them, not exploiting them.  This space is the home to 10,000 animals, spans 12,000 acres and the experts see to 6000 veterinary issues.  More than 100 babies are born each year.

Something else that makes Ohio special for the animal world is The Wilds, one of the largest conservation centers in North America and home to rare and endangered animals from all across the world is playfully called Columbus Zoo’s “backyard.”  It is like having a safari in Middle America. 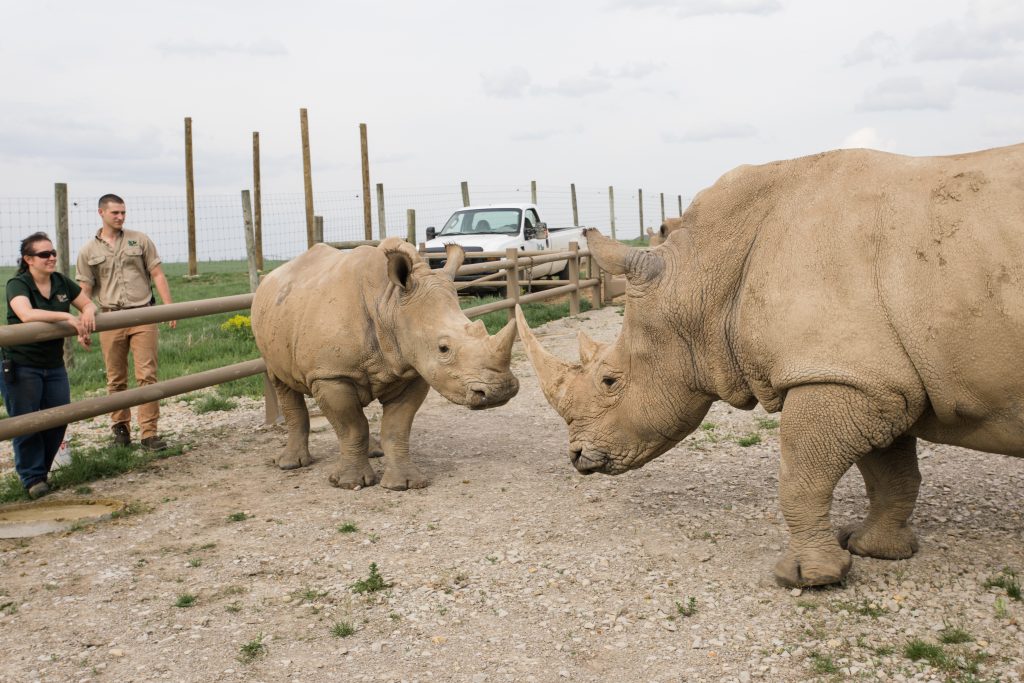 Columbus, OH – May, 2019 – Nat Geo Wild hosts a group of journalists at The Wilds and Columbus Zoo to promote the return of Secrets of the Zoo. (National Geographic/Beth Caldwell Photography)

Columbus Zoo also boasts “Jungle Jack” Hanna,  its legendary director emeritus, who is known for his animal conservation efforts, as well as bringing all sorts of cool critters to the masses through his appearances on talk shows.

Secrets of the Zoo is a positive viewing experience.  The animals are great, but the people who work at these lively spaces are always inspiring and fun to watch.  You may find yourself binging previous episodes because it is nearly impossible to get enough of these adventures.

Secrets of the Zoo is produced by Spectrum Productions for Nat Geo WILD.

Secrets of the Zoo airs on Sundays, at 9/8c on Nat Geo WILD and you can catch past episodes On Demand. For more information, visit Nat Geo WILD.