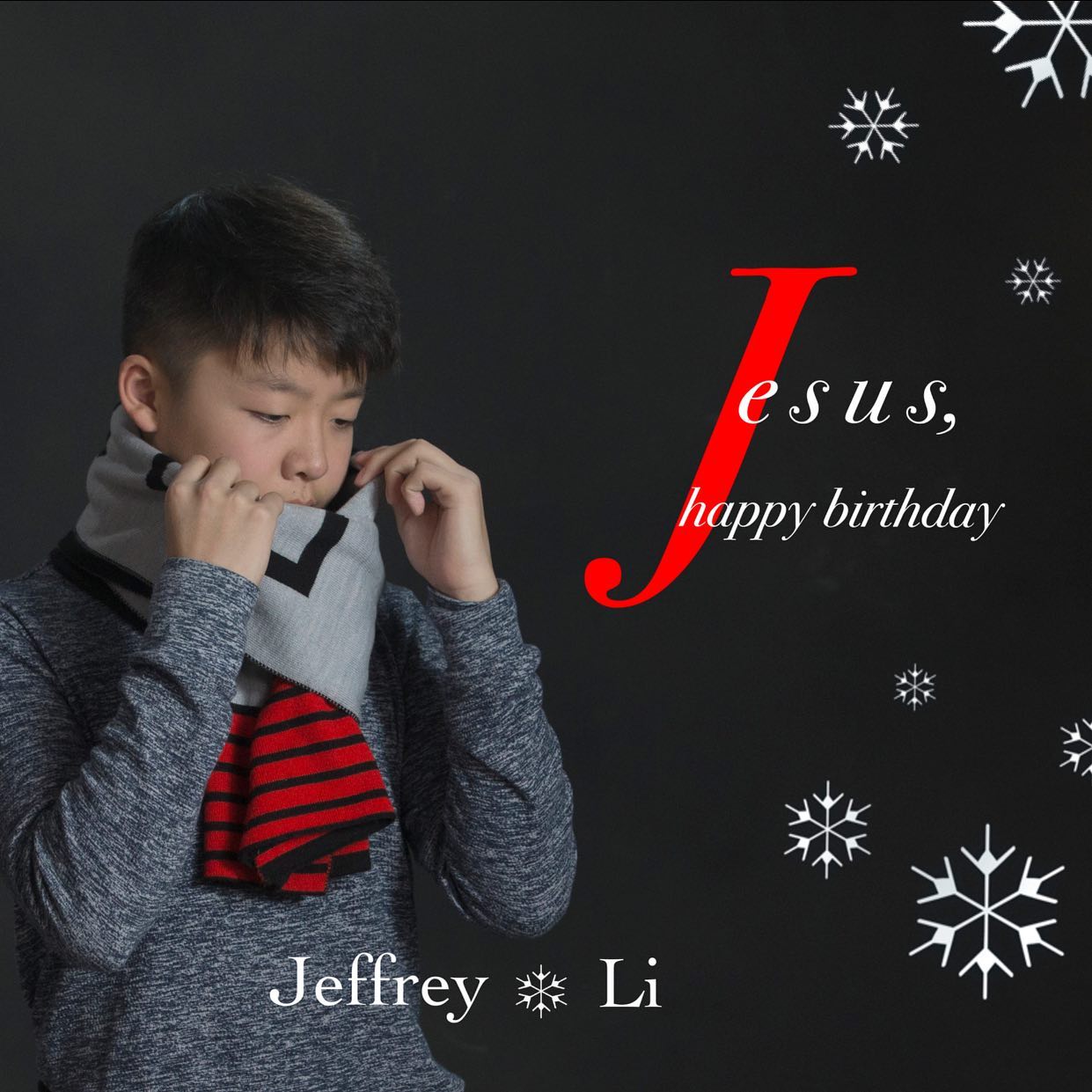 “Jesus Happy Birthday” is the inspiring new song from the sensational Jeffrey Li. This larger-than life voice from such a young singer is breathtaking and frankly, a game changer. Maybe because the month of December automatically makes us listeners more attuned to sentimentality or in this particular case, the reason for the season, but in songs like “Jesus Happy Birthday” Li’s gifted voice and stirring music bed meet at a crossroads of a moving contemporary Christian song. The pathway and the journey is unforgettable.

In the same vain as “O Holy Night”, “Jesus Happy Birthday” has a stoic, but climatic chorus. Li’s pop-centric voice suits this song. He sings with the passion and the boldness of a singer twice his age. Li, who at age 12 performed a rendition of Josh Groban’s song “You Raise Me Up” on America’s Got Talent (2018), brings that same beauty and maturity to “Jesus Happy Birthday”. We praise and lift him up, forever He will always be the king, he sings. He paces himself with each note and carries the tempo to just the spots alongside the flowing electric piano. This song is meant for a voice such as his. A voice that is angelic. This song has the legs to be sung in church or make holiday terrestrial radio. It’s flexible and I think Li’s voice is so agreeable, possessing such an immediate rapport, it will go places.

Besides the electronic piano and an outro, what almost sounds like an organ, the song also features a playful melodic electric guitar. I thought this gave the song more of a contemporary Christian pop rock than a straight holiday track. I think fans of Jeremy Camp, especially, will be delighted when they hear the praise-worthy “Jesus Happy Birthday”. Even if you are not a believer or spiritual, you will be enamored and impressed with Li’s vocals. He’s amazing. Truly. Supposing you are a bit standoffish over the title and the Christian lyrics, I would encourage you to re-consider giving this one a chance. It’s just delightful and Li is magnetic. His voice transports you to tranquility to the wonderment of the holiday season. He sings as if he were the only person on the world’s grandest stage. I suspect, too, that he would sound the same if he were in a coffee shop down the street.

Based in Toronto, Canada, Li instills in his listeners from afar that the magic of the season is all around his. His voice does this song justice, and this music bolsters his already pristine voice even farther. I have no doubt we will be hearing more from Li in the coming years, and I’m hopeful he continues to release such hauntingly beautiful songs such as “Jesus Happy Birthday”. It’s not enough to sing about Christmas, it’s songs like this and artists such as Li that give us another way to interpret the true meaning. Li makes you believe in all of it. “Jesus Happy Birthday” is one of the best holiday songs I’ve heard in many years.