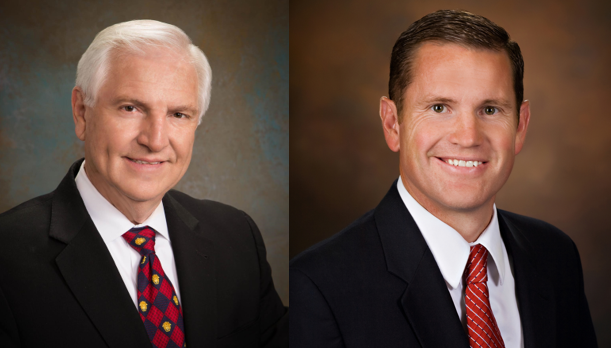 Rob Shallenberger and Steve Shallenberger have taken another qualified, and arguably big, swing with the release of their new book, Do What Matters Most: Lead with a Vision, Manage with a Plan, Prioritize Your Time. In many ways the books feels like an extension of, as well as a companion piece to, an article Shallenberger and Shallenberger crafted previously entitled How to Do What Matters Most – And Raise Your Productivity Quotient. “Unfortunately the brain doesn’t tend to linger there for long,” both strategy experts lament, and in the spirit of such a sentiment an extension of their articulated methodology into a fully fleshed-out tome feels, ironically speaking, like a no-brainer to counter no-brainerism.

he prose is written simply and efficiently, Shallenberger and Shallenberger making it clear that Do What Matters Most as a book is intended to appeal to the widest possible audience. There’s no sense of exclusivity because of the language, nor sorts of intellectual exclusions in how the concepts are introduced. Shallenberger and Shallenberger essentially write in the preface to the book that the strands of information from which they concoct their theories, aided by actual, acute research tactics and data acquisition, ultimately share a universality of intrapsychic DNA. They come from sentiments and viscera any human being, of any walk of life, shares. Everyone wants to make a difference, they write. They just happen to have a statistically-backed, almost scientifically-sound pattern of life management that will help anyone get there in the most fluid, effective of forms.

The book’s fifth chapter, The Power of Roles and Goals, arguably is its most important. It forms the crux with which Shallenberger and Shallenberger build the entirety of their arguments around. This is where distinctive, and sometimes embarrassingly obvious forms of strategy are introduced. Shallenberger and Shallenberger also prove themselves to be somewhat prescient in their abilities to showcase corporate psychology, as a lot of the chapter focuses not only on the most basic of strategic thinking skills to incorporate into one’s pursuit of their goals, but simultaneously highlights every single pitfall just about anyone anywhere makes in the actual attempt of pursuing said goals.

“The majority of (concerns) are the result of a lack of an (actual) process,” Shallenberger and Shallenberger write. “…(The) goal-setting process goes back to the (do what matters most) mindset and skillset. When you align your goals with your vision, you are scheduling your priorities rather than prioritizing your schedule. It also does not matter what your current starting point is; in the spirit of good, better, best, this skillset will help anyone improve their performance and productivity from where they are today…” They also write, “When you arm yourself with your vision and goals, you will have the foundational plan so that you are extremely focused on (what matters most). You know where you are going, and you have a plan to get there.”

A recurring theme present in both Shallenberger and Shallenberger’s work, as well as their own, situational contexts, is consistency. Concepts not immediately tangible can suffer from a certain amount of well-intentioned and evolving subjectivity, even on the part of their originators. But both Shallenbergers have never faltered in their convictions, and that’s a reassuring thing…