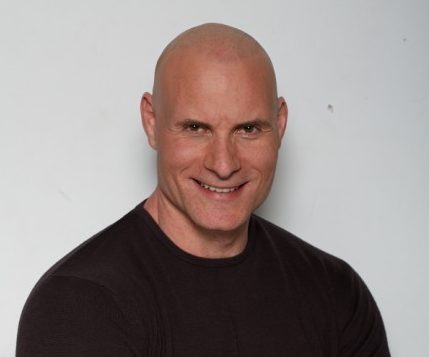 Jasson Finney’s Fit To Cook Up Greatness by Nathan James

Meet Jasson Finney, a modern-day Renaissance man who has something for everyone from seven to seventy. He’s an accomplished television actor, life, coach, celebrity fitness guru, and author in the Big Apple, where he’s embarking on fascinating new projects as 2019 gets rolling. The son of an authentic Marlboro Man and a can-can dancer, Finney has grown from those colorful roots to become a dashing figure in his own right. “I always knew where I wanted to go, what I wanted to be,” the musclebound Canadian performer says, “I actually started out in a band.” That group, the “Hidden Persuaders”, started Finney out on his almost three decades in the industry. Along the way, he’s acted in various roles on several hit TV shows, including Marvel Cinematic Universe hits Gotham, Daredevil, and supernatural drama Zero Hour. Finney’s film debut came in Source Code, and he’s even appeared ion the NYC stage, in the Off-Broadway play Gym Shorts.

Finney’s artistic life dovetails with his work as a personal trainer, and health is a major part of the bodybuilder’s life. “I love helping people get in shape,” he notes, and some of his recent projects focus on this aspect of Finney’s life. “I created a new pilot called What’s Cooking Grandma,” he notes, “because I literally grew up with my grandmother, and I wanted to do a show that helps all the grandmas stay healthy. I meet grandmas from all different backgrounds.” A spin-off, called What’s Cooking, Celebrity Mama, is also in the works. The theme of sharing fitness with the world led Finney to pen a new children’s book, entitled The Adventures Of Captain Pump (The World’s First Fitness Superhero), aimed at getting kids interested in exercising and healthful living. “I’m really excited about this book,“ Finney rhapsodizes, “And I hope it will have a real impact on getting kids to be conscious about making healthy choices. It’s for children from seven to eleven years old.”

With his #BodyByJasson branding, Finney is taking conditioning and exercise to a new level, matching exercise with business success. On the principle that a fit body gives rise to a fit mind, he developed the Business Athlete concept. The mind-body connection is a central focus for Finney, who has shared his expertise on CBS New York, with seasonal fitness pointers, and even a segment on Children and healthy lifestyles. As a life coach, Finney has branched out with a proposed TV reality series called Take Back Your Life! In which he moves in with clients and mentors them on making positive changes in their lives. Summing it all up, Finney looks forward to the future with the promise of “More big things to come”: as his career reaches a new level. You can visit Jasson Finney at his websites https://www.jassonfinney.com and https://www.bodybyjasson.com.