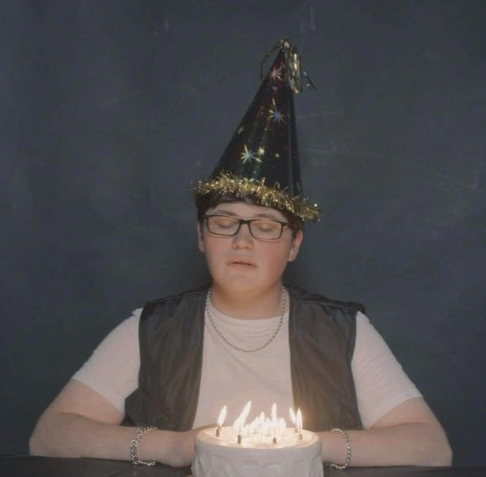 Rob Eberle’s ascent through the world of indie pop-rock, looking to slay some sacred cows along the way, reaches another milestone with his new single “Doubtful”. Eberle’s music synthesizes several modern influences such as Panic! at the Disco, Billie Ellish, and Madison Beer, among others, a strong grip on songwriting fundamentals, and his idiosyncratic sensibility to emerge with an identity familiar, yet unique. His avowed aim to darken the typical pop-rock hue finds fertile ground in this new composition and shows an ongoing evolution in his songwriting and presentation.

It illustrates his growing artistic certainty that he maintains a consistent approach despite working with different producers. Eberle writes and performs his own material and listeners can hear a clear investment, a sense of stakes, present throughout the song. This moment, this composition, has meaning for Eberle; it isn’t just a shuck and jive designed to shake money loose from your credit card.

The straightforward pulse opening the song picks up some electronic touches along the way, but Eberle keeps things minimalist throughout. There are no gestures towards grandiosity. His lyrical content has a deliberate and deceptive childlike simplicity that the vocal melody accentuates, but it’s bursting with hooks rather than wearying listeners. He delivers one payoff moment after another and they come off remarkably understated, yet powerful.

There’s a lot of tightly coiled energy in this song. Eberle’s songwriting persona is often keeping a tight lid on thorny emotions it wants to vent and the sense of artistic restraint percolating below the surface generates significant tension. It’s never oppressive or overwhelming, however. It enhances, instead, that aforementioned feeling of something serious at stake and will rivet many listeners.

It has a streamlined texture, no wasted motion, and comes across as a song Eberle had a clear vision for when he began recording the song. This audible confidence in the performance, however, never undercuts its vulnerability. Eberle feels unvarnished here and, more importantly, unafraid. He, like many others, owes a definite debt to the singer/songwriter school and the track’s first-person point of view has a voice without ever overshadowing the other elements of the recording.

His instincts for songcraft apply to length as well. Eberle tailors “Doubtful” to just the right duration without overstaying his welcome with listeners or leaving them feeling cheated. Knowing when to say when has uses in all walks of life and composing songs is one; many musicians have a tendency towards overkill, but you don’t find any of that with Eberle.

He’s obviously at home with the modern approach to new music, singles-oriented, but the traditionalist in me longs for a full length album. It’s an ideal forum for assessing his diversity because, thus far, he shows the potential for tackling different sounds while holding his core identity close. Rob Eberle’s new single “Doubtful” is still one of the first offerings in a career with more to come but there’s nothing about the song that suggests we won’t one day look back on it as an important mile marker in his musical voyage.