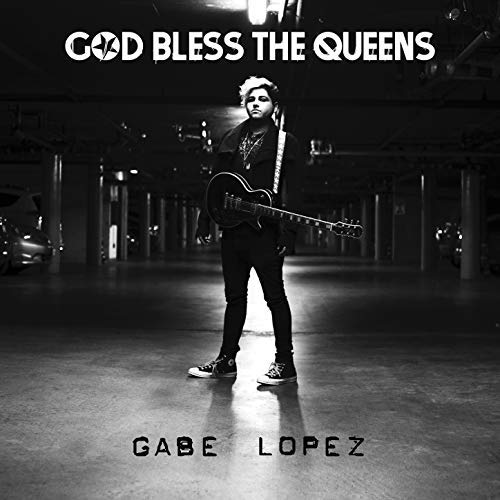 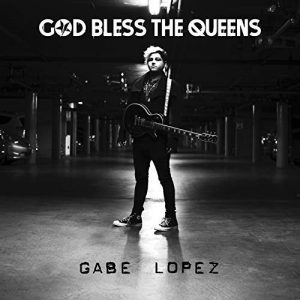 Up and coming artist on the rise, Gabe Lopez recently released his new debut album, God Bless The Queens, through the Spectra Music Group which is currently climbing the TOP 100 charts. Gabe Lopez has an extensive resume, prior to the album release, having been a songwriter and producer for American Idol contestants, Jim Verraros and Angela Peel; he’s also an active LGBT rights advocate as he’s released songs like “No Hate” which fought back against the likes of Proposition 8 – an officially titled U.S. proposition that would prevent same-sex couples from marrying.

Gabe Lopez has been described as “versatile” as his music has a tendency to cross genre boundary lines which makes it difficult to place him in one standard genre – possibly a clever reflection of his intentional inability to be restricted to social norms?

Channeling in similar sounds of Coldplay and Walk the Moon, the first few tracks of God Bless The Queens consist of fluent guitar riffs, charming and soulful vocals. “Karma Kamikaze” takes the cake, however, with its signature funky bassline and upbeat dance drums that give the track the flairs of a catchy, pop tune. “Vivian & Valerie” is another track that sticks to Gabe Lopez’s perky poppiness; although, this track takes more of a synthpop turn that includes the likes of M83 and Foster the People.

Focusing more on the rock and punk rock genres, the tracks “Firestar”, “Picture Frames” and “Imitation of Love” reflect sounds of Green Day and Fall Out Boy. “Lasso” certainly holds true to the traditional punk rock genre with its quieter guitar riffs that leads into a loud chorus as Gabe Lopez emotionally sings about the pain that comes with love affairs – he’s “suffocating with a lasso around his neck”. This track alone making a stark contrast of the previous pop tracks and giving the album its diverse variety of sounds.

God Bless The Queens certainly demonstrates Gabe Lopez’s genre-bending tactics as the album could essentially exist in two different genres: punk rock and dance pop. With each song on the album having its own distinct sound, almost anyone of any different genre preference could enjoy this album.