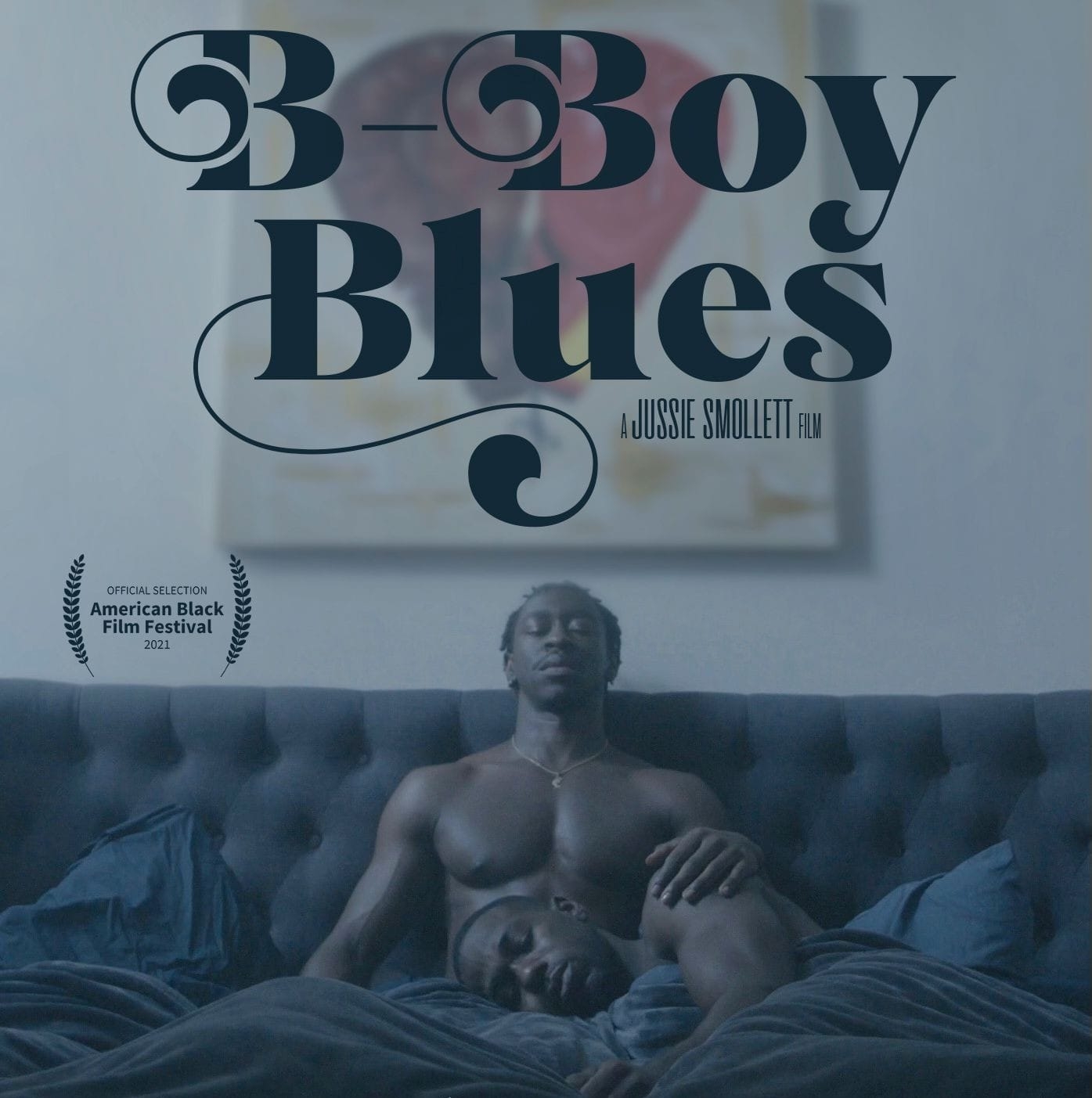 The eagerly-awaited cinematic adaptation of accomplished author James Earl Hardy’s classic Black, gay love story B-Boy Blues was heralded with much fanfare earlier this year, as production on the film neared its completion. The movie, directed by former Empire actor Jussie Smollett, stars Thomas Mackie as Raheim and Timothy Richardson as Mitchell, in Hardy’s epic about the collision of worlds that ensues when the lovers, from highly divergent backgrounds, discover each other. Building on the groundbreaking success of the multi-volume B-Boy Blues series, Hardy has long dreamt of seeing his characters brought to life on the silver screen, and when production of the picture was announced amid the doldrums of the ongoing COVID pandemic last year, the response from the LGBTQ community was overwhelmingly positive.

Upon completion of shooting, the executive production team, including comedian and actor Sampson McCormick, Hardy, and Smollett, sought to find a platform to premiere the movie to the world. They submitted B-Boy blues to the prestigious American Black Film Festival (ABFF), which is currently celebrating its 25th anniversary. ABFF has a long, forward-looking history of inclusiveness, having added an ABFF Pride category of Official Selections to its lineup, to “represent queer culture and reflect the LGBTQIA experience,” according to its website. B-Boy Blues was apparently accepted, and a placeholder image for the film was posted to the Official Selections section—until yesterday, November 12, when all references to the movie were removed from ABFF’s site. An inquiry to ABFF officials confirmed that “[B-Boy Blues] is not part of the Official Selections of ABFF,” but did note that the film was “originally part of the Official Selections.” The representative, who requested anonymity, declined to comment further on ABFF’s deletion of the movie. Meanwhile, the ABFF Official Selections logo continues to appear on the movie’s promotional materials, including its recently released trailer. The Film Festival began on November 3, and runs through November 28.

Queries to the B-Boy Blues producers have not been returned as of this writing. The development comes at a difficult juncture for director Smollett, whose pending criminal trial over a January 2019 gay-bashing incident in Chicago, which prosecutors charge was staged by the actor himself. Smollett’s future could be significantly altered by a guilty verdict in the case, raising the possibility  events like ABFF may be anticipating the outcome of those proceedings, according to several industry insiders.

UPDATE: Executive Producer Sampson McCormick cited ongoing security concerns for B-Boy Blues as the primary reason for the film’s removal from ABFF. “it’s a brand new film, “McCormick explains, “and it would be hazardous to release it directly online and risk it being pirated.” McCormick stated that the “ABFF was gracious enough to let us not do it online.” According to the B-Boy Blues production team, a special screening has been scheduled for November 19, with details to be announced.

This is a developing story. We will update as new information becomes available.