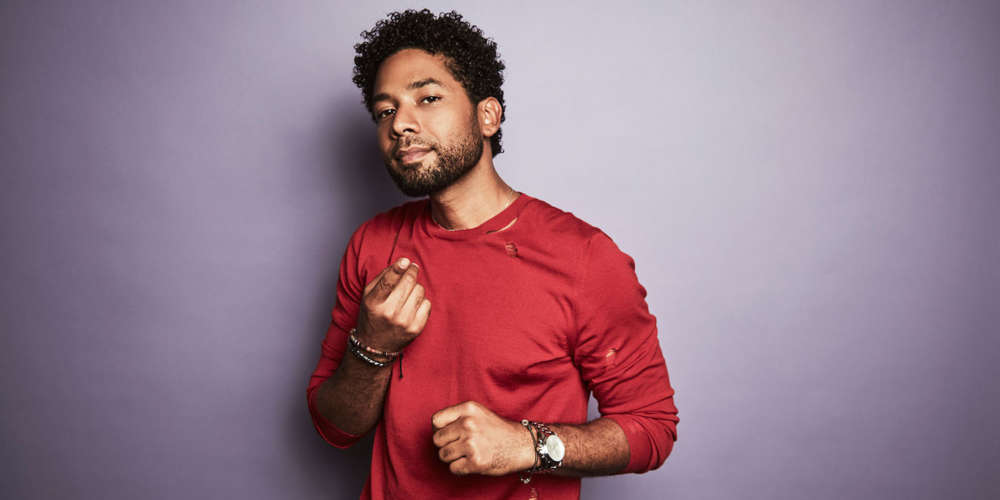 Chicago police have confirmed they have evidence that Empire star Jussie Smollett paid two brothers, extras on the show, to purchase the rope used in allegedly staged the early morning attack against the star on January 29. Detectives have obtained “solid evidence” that the actor staged the attack, including records from a local hardware store where the extras bought the clothesline. Smollett, 36, who is openly gay like his character Jamal Lyons on the show, reportedly told investigators he was accosted in the 300 block of East North Water Street by two masked assailants as he was walking to a Subway sandwich shop following a long-delayed flight from New York City. The attackers allegedly called Smollett “that f****t Empire n****r”, doused him with bleach, threw a noose-like rope around his neck while kicking and punching the actor, according to detectives who interviewed the star at his hotel and at the Central Area station. Smollett was treated and released at a local hospital for cuts and bruises, and later recalled the suspects had yelled “This is MAGA country”, a Trump campaign slogan, as they fled the scene. Video of the actor appeared to show Smollett returning to the inn with the rope still draped around his neck, and his clothes covered in road salt.

The Chicago police launched an extensive manhunt for the persons of interest, reviewing voluminous video footage from many surveillance cameras which retraced Smollett’s route, except for a 60-second gap where he is outside camera coverage. As expressions of support poured in from Smollett’s castmates, creator/director Lee Daniels, and the public at large, detectives continued the search, and re-interviewing the star and his manager, Brandon Moore, with whom Smollett was conversing on the phone as the assault unfolded. Police asked Smollett to provide his phone, to ascertain the time frame of that call, but the thespian demurred, citing privacy issues, although he later furnished a redacted call log to investigators. As rumors began to swirl around the case, suggesting the attack might be a hoax, Smollett appeared Feb. 14 on Good Morning America to discuss the ongoing chain of events. Speaking to Robin Roberts, the award-winning performer said, “they wanted me to give my phone to the tech for three to four hours. I’m sorry, but I’m not going to do that. I have private pictures and videos, my partner’s numbers, my costars’ numbers. I don’t know what that’s going to be to hand over my phone.” Smollett also reiterated his account of the beating, and recalled its harrowing aftermath, noting, “We live in a society where as a gay man you are considered somehow to be weak. And I am not weak, so during that time before they came, I was looking at myself, checking myself out. I saw the bruise around my neck, the rope burn. I smelled bleach, I know the smell of bleach.” 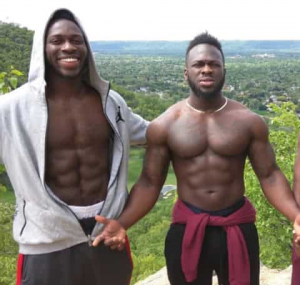 As the detectives continued their gumshoe work, they zeroed in on two “persons of interest”, according to CPD spokesman Anthony Guglielmi, who said electronic records led them to a pair of extras from the show, who are said to be gym buddies with Smollett, who said on the night of the incident that his attackers were white. They were identified as brothers Olabinjo and Abimbola Osundairo, 25 and 27, who are originally from Nigeria. They were picked up Feb. 13 at O’Hare Airport as they returned from a trip to the central African country. Police obtained a search warrant to raid the brothers’ North Side home, where, Guglielmi reported investigators recovered items they said included laptops, cell phones, Empire scripts, red hats, and several bottles containing bleach.
The brothers were detained on a 48-hour hold, meaning the police had that long to arrest or release them. As their interrogation progressed, media outlets including the local ABC and CBS affiliate stations, began reporting that Smollett himself staged the attack because Daniels was writing his character out of Empire. This touched off a flurry of denials from both the police and 20th Century Fox. Guglielmi tersely announced “The alleged victim continues to be treated as a victim, not a suspect,” while the studio called any allegations that Smollett was to be cut from the series “ridiculous”. Investigators were said to be reexamining this theory of the crime because of the new clues they uncovered.

Police were going to charge both brothers, but then released them from custody late on Feb. 15, citing unspecified “new evidence as a result of today’s interrogations” in the case. Questioning of the men revealed, Guglielmi said Feb. 16, that the brothers were paid by Smollett to purchase rope at an Ace Hardware store, with records of that transaction obtained by detectives. Two case detectives, speaking anonymously, noted that the brothers’ phones have been collected for a forensic search, and their information was corroborated by electronic and printed records.
This bombshell finding caused the Empire production office to embargo the cast and crew from discussing the case publicly, a source with the Empire crew, speaking anonymously to Hollywood Digest, said. Smollett’s whereabouts and status at the time of this writing are unknown, although former Michael Cohen criminal defense attorney Michael Monico confirmed he has been retained by the actor. Gloria Schmidt, the brothers’ lawyer, said her clients were “baffled” over their arrests, but confirmed that they both know Smollett. “My guys are not charged, end of story,” she stated, noting that “they will speak at the right time”. Other clues pointed to Smollett’s direct involvement in the orchestration of the assault, police said.

Smollett is reportedly being sought for questioning by detectives as of this writing.