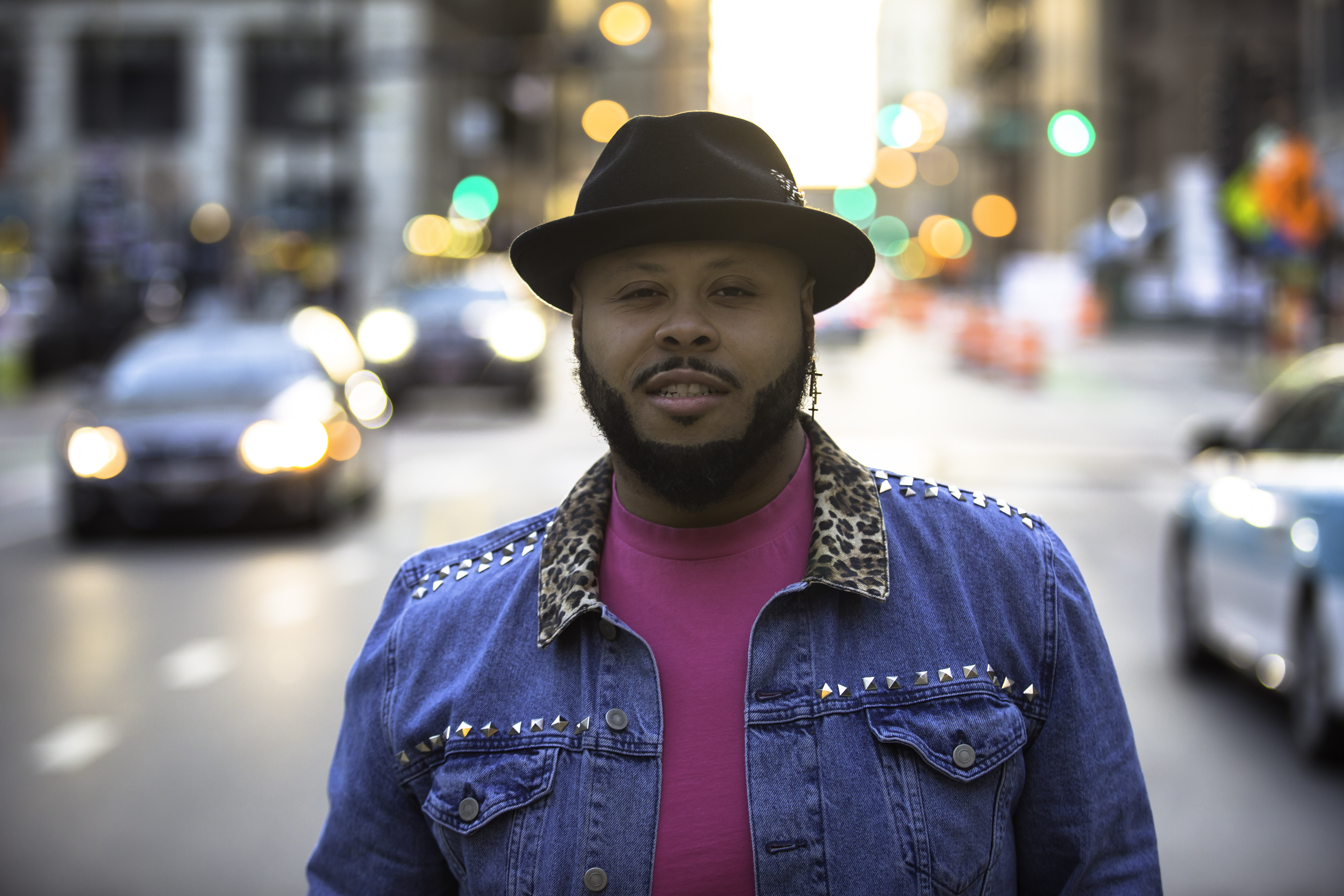 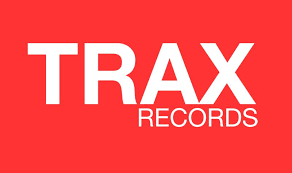 TRAX Records Hip-House artist Michael Nelson, recognized as “Mikey Everything”, is a powerful force following his destiny. Mikey is a vibrant, colorful and creative recording sensation, internet radio personality and television host, dancer, producer, and media master. His brand new salaciously intoxicating single, “Freak Somebody”, is inspired by the message of protection and respect. The track is Hip-House inspired and features Ya Yah Townsend and Kahari Kyles, and is produced by the emblematic and amazing TRAX producer Carmelo Carone and “the Queen of House Music”, Sceamin’ Rachael, President of the legendary label. 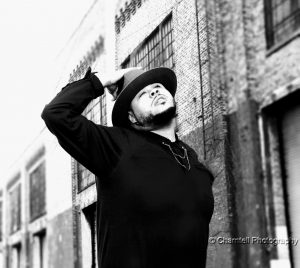 Born and raised in Chicago, Mikey is an advocate for love and acceptance and is committed to the welfare of LGBTQ youth. Aside from that he is currently the set coordinator for the Fox Television show, “Empire.” There he uses his charismatic and enchanting personality to style the wardrobe of the background actors. His position with 4 Star Casting as an on-site coordinator has given him the opportunity to use his talents and skills for this major production. 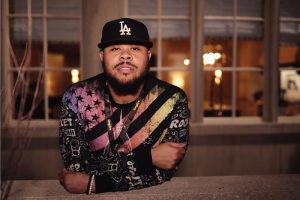 Outraged by the vicious attack on “Jussie Smollett”, one of the leading superstars of “Empire”, Mikey Everything during an interview which began as a conversation about his own music, spoke out on Jussie’s behalf. He spoke about his own determination and inspiration caused by the popular actor’s senseless attack, and what he believed led up to it…When asked about his own sexuality Mikey said, “Screamin’ Rachael was emailing me about finding out if I would speak out about my sexuality, I’m 35 years old, I’m not in anyone’s closet….there’s no hanger in my shirt…”

I have to admit that I’ve never spoken to an out Hip-House artist before.

I guess it’s a representation of my experience with music in my life. House music is definitely at the core of what I love about music. But then I grew up where hip-hop is now central in music.

Born and raised in Chicago.

How long have you been doing music?

The interesting part is that I’ve been doing music for a long time but I just wasn’t doing my music. I’ve been working with an artist here in Chicago named Ya Yah Townsend who is one of my Fag Hags. I was actually a back-up dancer for her for quite a few years. Then she went through some lifestyles, and we just sort of lost sight of one another for a moment. I wrote for her, I arranged for her, so I thought, “let me do this for myself and see what I come up with.” Honestly that’s where “Freak Somebody” was born. I worked with a producer here who is also a DJ who’s name is Oliver “Fade” Torres. We literally built that song from scratch, every sound, every background, everything. The artist that I worked with Ya Yah Townsend actually included a sample of one if her songs called “Beautiful.” I wanted to create a house dance track that was sexy, that kind of pushed the envelope. It talks about sex in a way that a lot of heterosexual men talk about sexual music. I don’t know very many gay men that talk about sex the way I’m talking about it.

As I said, you are the only out artist I know that’s doing this music.

I feel like honestly Eileen, and I don’t want this to sound arrogant, but there’s nobody doing it the way that I’m doing it.

I can see that.

You also work for the massive hit series, “Empire”, how did that come about?

Wow..ok…so, this past June I lost my father. After that my whole life changed. I actually lost both my parents within three years of each other. My mother in 2015 and my father in June 2018. I was very close with both of them. It’s funny that me and my dad became closer after I lost my mom. I was living in Houston Texas and she had an aneurysm. I spoke to her in a Saturday and she passed away on Monday. My dad and my mother were married for 46 years so it was very difficult for him. I moved back to Chicago and that is when our relationship really became something different. We really got to know each other not only as father and son but as friends. After he died the world just looked different to me. It was very difficult and I was actually working a 9-to-5 job in payroll. My director approached me one day and told me that this was not my destiny. So they gave me a severance package and told me they were going to send me on my way for me to pursue what my destiny is supposed to be. That was devastating. That was how I made my money to do my art. After that I knew someone that worked in casting, and I told them what happened to me. So they got me on set to see if I liked doing that. They called me in for an interview, and the rest is history. I am an onset coordinator which is basically placing the extras in a scene. After that they saw I had an eye for fashion so they had me styling the extras. People come in and think they are the hot club girl, but in actuality they look like a teacher. So I have to be the person to fix them.

Do you get to see and fraternize with any of the big actors on the show?

Well, I won’t go as far as to say no. It’s like your coworkers, you see them, you speak to them, you say hello…. it’s not like I know them, know them, but I do interact with them, yes.

So the fact that you are out, a recording sensation, and work on the set for “Empire”, what is your take on what happened to Jussie?

My take on what happened is that Jussie Smollett is not only an actor he an activist. He is not only an activist for the LGBT community he is also an activist for African-Americans. So he’s been receiving hate mail. This has been going on for quite some time. He’s getting letters with four letter words, and five letter words on them…. Jussie is a very, very humble guy. He does not walk around with security like the rest. He is very, very laid-back and cool. He doesn’t really have that celebrity arrogance that a lot of celebrities do have. Unfortunately, I think that, that is what harmed him because he was being targeted. These people followed him, and saw exactly what I saw and they took advantage of him. I think they wanted to make an example of him. It’s disgusting and it’s everything that is wrong with our world. What happened with him is exactly what is wrong with our society. There is so much hate. I hate that it happened to him because he puts nothing but love out into the world. We have stars on the set that don’t even want the extras to look at them. When he comes to the set he pays attention to everyone. It really hurts that someone would do that to someone like him. 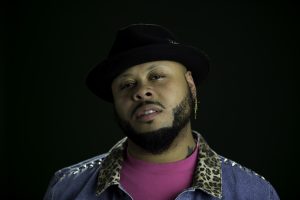 Does his attack scare you regarding your own situation?

Funny that you said that because my family and friends know that I work at “Empire.” I had quite a few people tell me to be careful and to watch my back. Instead of scaring me it makes me motivated and even more determined and even more focused on putting myself out there and showing who I am fearlessly. So that’s what it did for me.