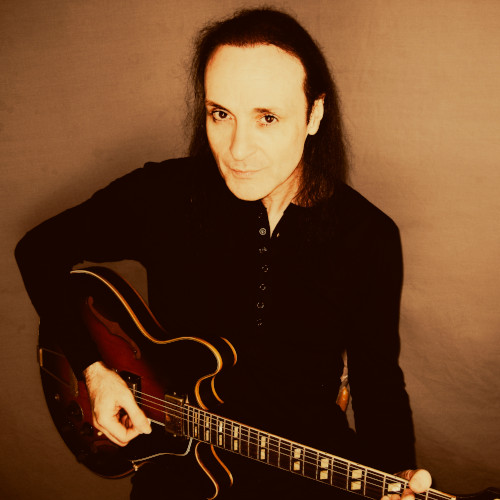 Lazily thumping away at a rather freewheeling rhythm, Jay Elle sounds completely content with the cruising groove in his song “Better Luck Next Time,” one of the crown jewels from his new album Ride the Wave this August. There’s plenty of pickup in his attack, but at the same time, he never sounds particularly aggressive when he’s marrying verses to melodies in the mix. Instead, he’s always got a bit of swagger behind his step, nudging the hook forward and encouraging us to embrace the easy sway of the music as much we would the words he’s singing to us so plaintively. In songs like this one, “Angeling,” and “She’s So Fine,” he doesn’t sound like an underground star, but a mainstream player simply removed from the commercialism in modern pop.

Rhythm guides the narratives in “Rainy Day,” “Miss Mess,” the title cut, and “Insane,” but this isn’t to say that any of these songs are lacking in melodic substance. There’s a lot of charm to the harmonies in all four of these tracks, and really throughout all of Ride the Wave, but I love how Elle can offset conventional pop components with a rambunctious rhythm when he wants to. He isn’t limiting himself just for the sake of creating something fluid in this record; he’s giving us as much of his soul through the intricacies of the music as he can, stopping well short of overstating any one specific theme, that is.

Jay Elle isn’t the only rockstar to be discovered in Ride the Wave, and songs like “Tequila Kiss,” “Want Me Bad,” and “Twelve on Sunday” prove as much. His backing band brings the thunder whether the tempo is slow or a little pushier, and the chemistry that exists between frontman and featured players doesn’t sound synthetic or forced by way of finance at all. There’s nothing quite like musicians getting on the same page and producing something centrally expressive, and while this is indeed a solo effort, it goes without saying that this artist gets a lot of help in telling the stories he wants to share in every one of the songs in this tracklist. Everything revolves around his personality, without devolving into egomaniacal territories a lot of other singer/songwriters exist in.

I just got exposed to the music of Mr. Jay Elle a little while ago, but based on what I have learned about him from listening to Ride the Wave, his is a brand of rock soloist that the genre needs a lot more of in 2021 and the future. He isn’t self-conscious nor self-absorbed; he’s actually got the makings of a pastoral troubadour, but with an affinity for volume that you don’t find in a lot of folk singer/songwriters. Everyone has been talking about rock seeing a big comeback in the next couple of years, and I think that if it’s ever going to happen, it’s going to be led by players like Jay Elle and the indie movement they’re inspiring around the world.