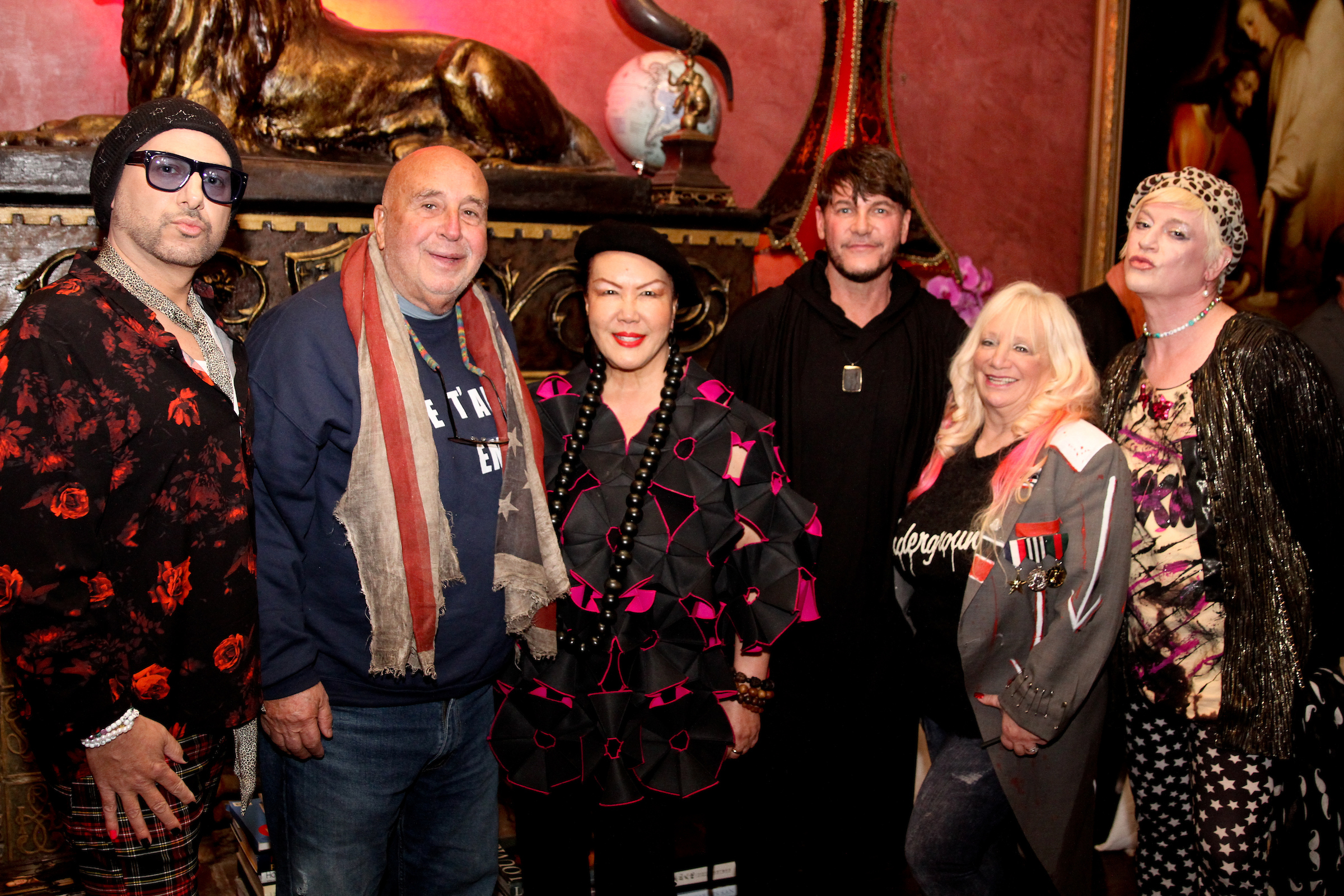 Enchanting international fashion designer and party couture Sue Wong is not only famous for designing some of the most beautiful, unique and elegant gowns and apparel on the planet, but also for having the kind of Hollywood parties that everyone only reads and fantasizes about…..Her recent celebration was no exception….

The rooms of her historic rock palace, The Cedars were adorned with the most eclectic illuminations from International Peace Maker Patrick McCollum to the effervescent fashion and makeup frenzies Richie Rich, Mister D and Steven Aturo. The walls vibrated with the spirit and presence of visionary leader Kandy Maku of the indigenous Kogi Tribe of the Amazon to the sounds of rock n roll by Pink Floyd’s Scott Page, Bob Dylan’s violinist Scarlet Rivera (who also played the world famous Peace Violin), John Walsh, Steve Cooke and Chris Grainger. And in the midst of that opera star Michael Peer performed….

Sue Wong looking radiant and beautifully wild had her dear friends by her side including Faith Harrington-Boutin, David Marsh and loyal assistant Fermin Olmos. Always the bell of the ball, Sue told her guests about the iconic shadows echoing though the Cedars including the spirits of Norma Talmadge, Bella Lugosi, Jim Morrison, Jimi Hendrix, The Velvet Underground, Lou Reed, Johnny Depp and many more. Sue fell in love with the home and filled it with exotic art, romantic beauty, and happiness and joy….. Sometimes there is a brightness and a richness in the moment. A ripeness that simply says taste this and it causes us to partake without fear or any thought of punishment. It is the front of our experience in our hearts and it bears the seed of all our hopes…

Sue Wong furnishes the sparkle, and the dazzle…holding humanity forever in the light…..