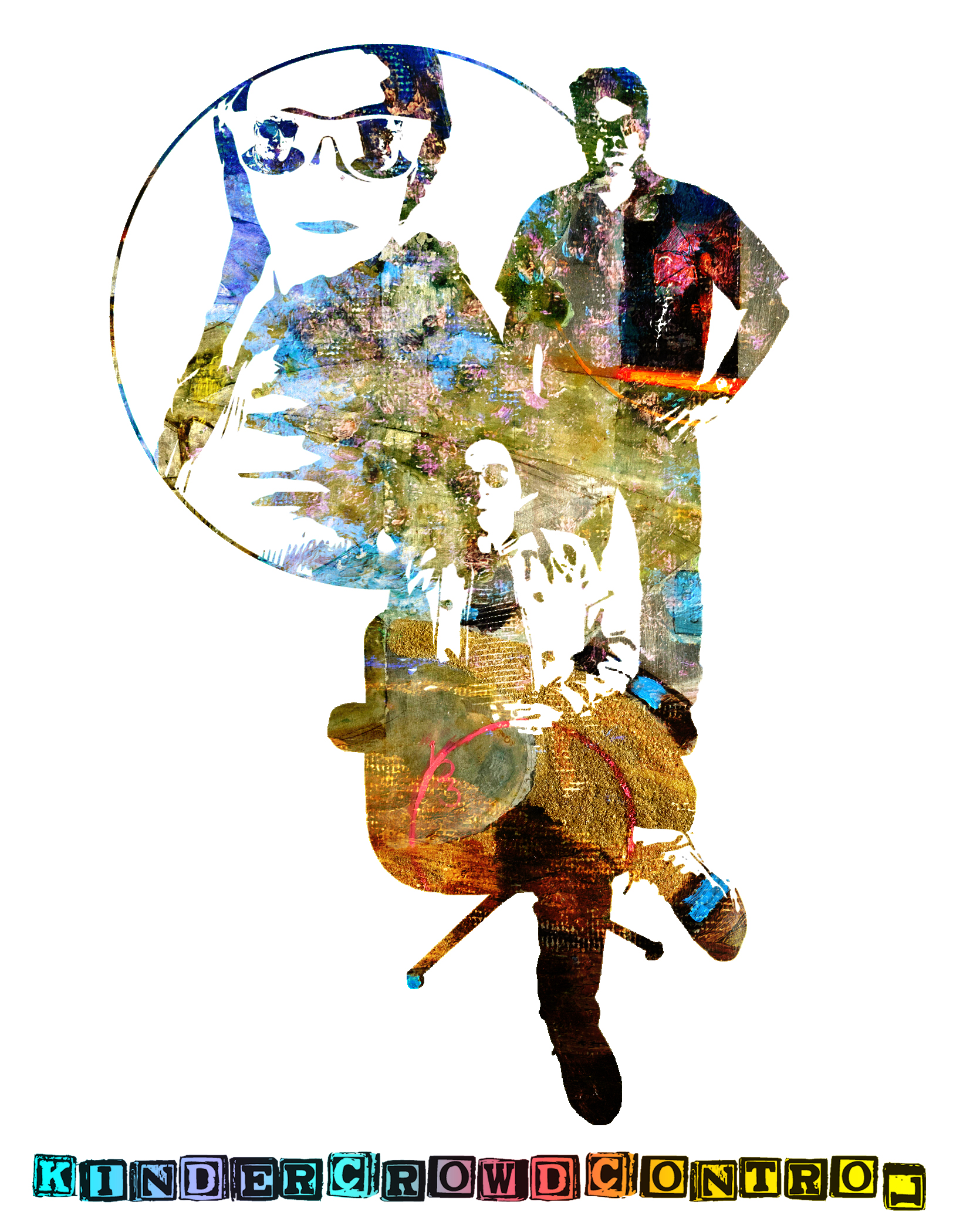 How do you want to break barriers in the music industry as a band?

Edem: By doing what got us here. By being true to ourselves and serving the music we create. We have always followed our own path, and in so doing broken the mold. Our example to others is to be yourself. Diversity is the key here. Form your own niche.

Bringing the heat with new music! We love the new music! Can you tell our audience about Electric Sheep?

Edem: Sure! About a month back we were contacted by our wonderful BsquaredMGMT, who informed us that a certain very prominent music industry figure was blown away by our music. We contacted him and, during our hour long conversation, he shared his acumen with us in regards to the current music scenario and how we should function in it. He told us we should release KinderCrowdControl music as often as possible; this included re-mixes. So, I had always loved the track “Hold” off of our release “Songs To Saadet”, and felt this song was a great candidate for remix with our new digital interface and software, and our increased production skills. So we revisited this track adding Sandra Ban’s voice soundbites, and a great friend of mine Susan Bacich’s whistling skills. The result was a fresh approach to this piece called “Electric Sheep”. Incidentally, it has already garnered a great review! We couldn’t be happier.

Where can fans stream and support the music?

How do you feel after a song’s release?

Edem: Excited. We never know which song will “stick” with the audience. We’re also very proud of everything we’ve released regardless of whether or not we may feel we could improve the production with our current tools and production skill level- which we are always up-ing. We do our very best at the time with all tools at our disposal, so we stand by all our releases.

Brett: Definitely excited. We’re always thrilled with a new release. Each one gets better and better so the progression has been fun to be a part of, and fan feedback has been like receiving a kick of adrenaline.

How did you come up with the idea for the project?

Edem: See above. I take it you are asking in regards to “Electric Sheep”… To flesh out my reply, we wanted to discuss our reliance/addiction as a populace on the digital entertainment paradigm, which never sleeps.

Brett: We were challenged with re-mixing one of our ideas, and Edem was the first rise to it. His narrative up above tells the story well.

How did you come up with the visuals?

Edem: A few years back I was attempting to print out a drawing I had created of our vocalist at the time Thea Ulrich. Instead of my drawing, due a computer or printer glitch, a printout of the code that represented my drawing was generated. An amazing accident for sure. As artists and musicians, we live for these moments. So, capitalizing on this, Brett and I discussed how there should be an app with electric sheep to help digital device addicted insomniacs to fall asleep. Seemed appropriate. It is also a commentary on the digital “majority-popularity driven herd syndrome” we are all seeing in the world. Many meanings, as it should be.

Brett: “Visuals” is what Edem does best. He’s a very well-recognized visual Artist who’s been converting sound and ideas into visual arts for years. Our interactive discussions on visual concepts and musical ideas have in turn hyper-boosted his overall visual and sonic creativity thereby yielding a resonant emotive impression which appeals to our fans.

What was behind your determination for Electric Sheep?

Edem: To reinvent ourselves, and to create a pertinent commentary on the current zeitgeist. Also, to apply our current production skills to a previous recording. Stealing TIME.

Brett: I think this specific musical progression has been in our head for some time so for us it was musical therapy to produce it.

What was the best part of this passion project?

Edem: Hearing Susan Bacich’s pitch perfect whistling and then adding it to the track! No auto tune. Humanity versus the digital realm. Which I guess is the essence of this piece’s concept.

Brett: This part, and many others just like it, where we have the opportunity to tell our story and be heard.

Thanks so much for asking!