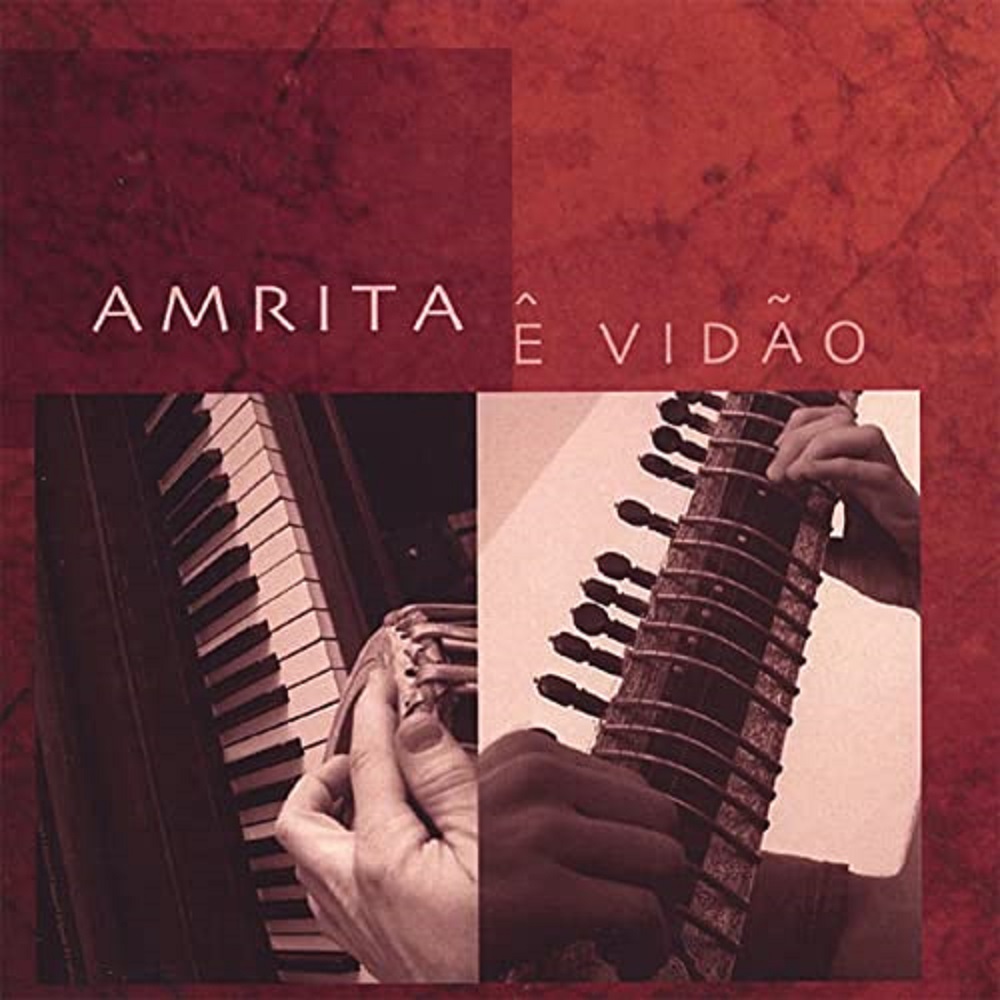 Though it’s occasionally presented with such a jittery intensity that listeners will be forced into a hypnotic state, the percussive component in the remix of “Om Mani Padme Hum” is one of my favorites in all of Amrita’s Ê Vidão, but certainly not the only sharp point in this classic new age LP. Bursting at the seams with more color and compositional lustfulness than most western audiences are used to contending with, Ê Vidão is the ultimate watershed in the Amrita discography, and through cornerstones like “Home,” “Beloved” and “What’s the Yo!,” it’s retained its transcendent quality over fifteen years after it first dropped worldwide.

There is a melting pot of aesthetics to be enjoyed in this LP, starting of course with the eastern string play driving the divine melodic elements of “Hine Ma Tov” and the title track in Ê Vidão straight into our hearts. Hints of jazz and trip-hop occasionally accent both the cosmetics and the structural depth of the material, but at no point do they ever war with each other for creative dominance over the sound Amrita have fashioned for themselves here. Theirs is a supremely multifaceted artistry, and that’s impossible for anyone to deny in this album.

The mix is a bit top-heavy in spots, specifically in the opening song “Saraswati Mantra” and the remix of “For a Friend” (which, like “Om Mani Padme Hum,” was released in its original form a year prior on Amrita’s eponymous 2005 LP), but it works for the hard-charging sound the group was clearly trying to produce in this piece. There’s really not a stitch of light audio to behold in Ê Vidão; everything is indeed seamlessly smooth and frequently rhythm-focused, but we’re never made to feel overwhelmed by a textural or tonal presence that should’ve been minimized for this performance.

“For a Friend” and “What’s the Yo!” have a mathy, disciplined feel that goes past the bones of both compositions to such a degree where I feel as though terms like erudite really don’t do the work here justice. Amrita have an intellectual grasp of music that I do not come across nearly as much as I should, being a professional critic, and in Ê Vidão, they set a blueprint for their later recordings that inarguably brought the style of their early output into the 21st century and out of the underground market it was initially trapped in.

If you’ve never heard Amrita before, one taste of Ê Vidão is bound to leave you hungry for more of this ensemble’s moving musical wisdom. 2006 was a landmark year for a lot of artists around the globe, but in the new age category, I think this record is one of the few from its time to have stayed as searing as it originally was. It’s a snapshot of who this group is when they’re allowed to fulfill their ambitions without anyone around to limit their creativity, and it’s getting the second wind it deserves from a new generation this year.