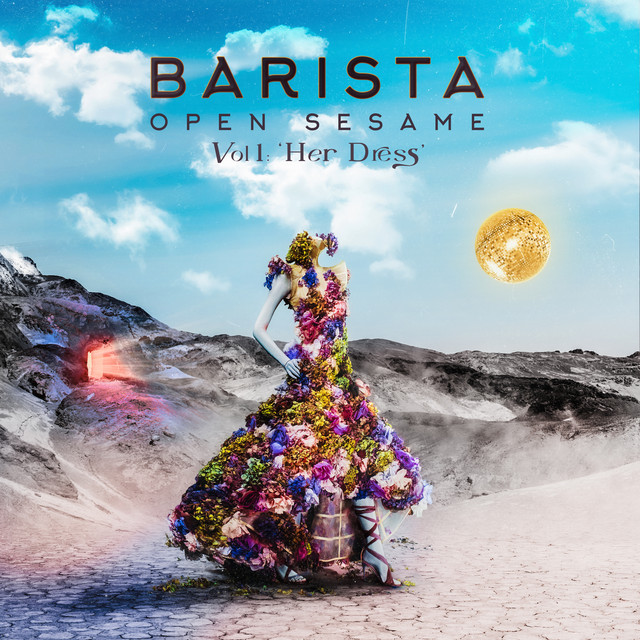 Bahadir Han Eryilmaz aka Barista has a lot on his mind. With an ever apparent love for music and plenty of space in between his releases, he’s been hard at work crafting a new album that might feel like the culmination of his work and emotional strength behind it up until that point. Instead of only leaning into a generic rock pastiche that many of his contemporaries have fallen into or getting sucked up by homage or the joy of music they grew up with that they become pale imitators, Barista instead uses that as a springboard for brand new ideas.

The way the album starts off with it loud and aggressive, like the intro to an ACDC track before sliding back to reveal a more seemingly mellow and kinder aesthetic but still jamming with the opener “Circular Lives” which weaves duel stories of people lost in the midst of life. “Every beginning was soon to end” Barista sings and that’s a present them in a lot of these tracks, even coming back around to the super dark “Watching the End Begin, Part 1”. “Circular Life” even manages to utilize Barista’s love for Journey and turn it from a cheeky reference into an actual strong structural point of the song creatively and also emotionally. It takes something we know and places it in these scenarios to give them new meaning and it’s things like that that help it convey the emotions and thoughts of truly getting lost in the music.

Nearly every song gives the backing band moments to shine like with “Circular Life’s” stellar guitar solo and the poppy disco-infused track “Disco Dream” primarily focus on a minimalist lyric structure to really let the glossy production and instrumental shine. It should also be noted that all of the instrumentals are played with real instruments only cleaned up in the post and that little bit of human touch can be felt from track to track, especially with the fantastic percussion work. There are little ballads of love told from different perspectives too but in very nuanced ways. With the Peter Frampton-Esque “In a Dream”, Barista ruminates on the past and also hurts from it because the end of a relationship is always filled with complex emotions. “Was it all a dream?” he asks at once point and even the way the song ends on the utterance of those words as it both echos and fades out give it this almost haunting quality like it’s actually a dream you’ve just woken up from. In a few tracks like “Walk in my Shoes” and the album ender “Be Mine”, Barista steps off for some fantastic female vocal work that also works perfectly complementary to the rest of the album.

“Walk in My Shoes” is a sad ballad about feeling lost and lonely trapped with painful memories, acting as a certain equivalent to the earlier “Was it all a Dream”. This album has so much on its mind but it’s never scatterbrained and it’s an experience you won’t soon forget.