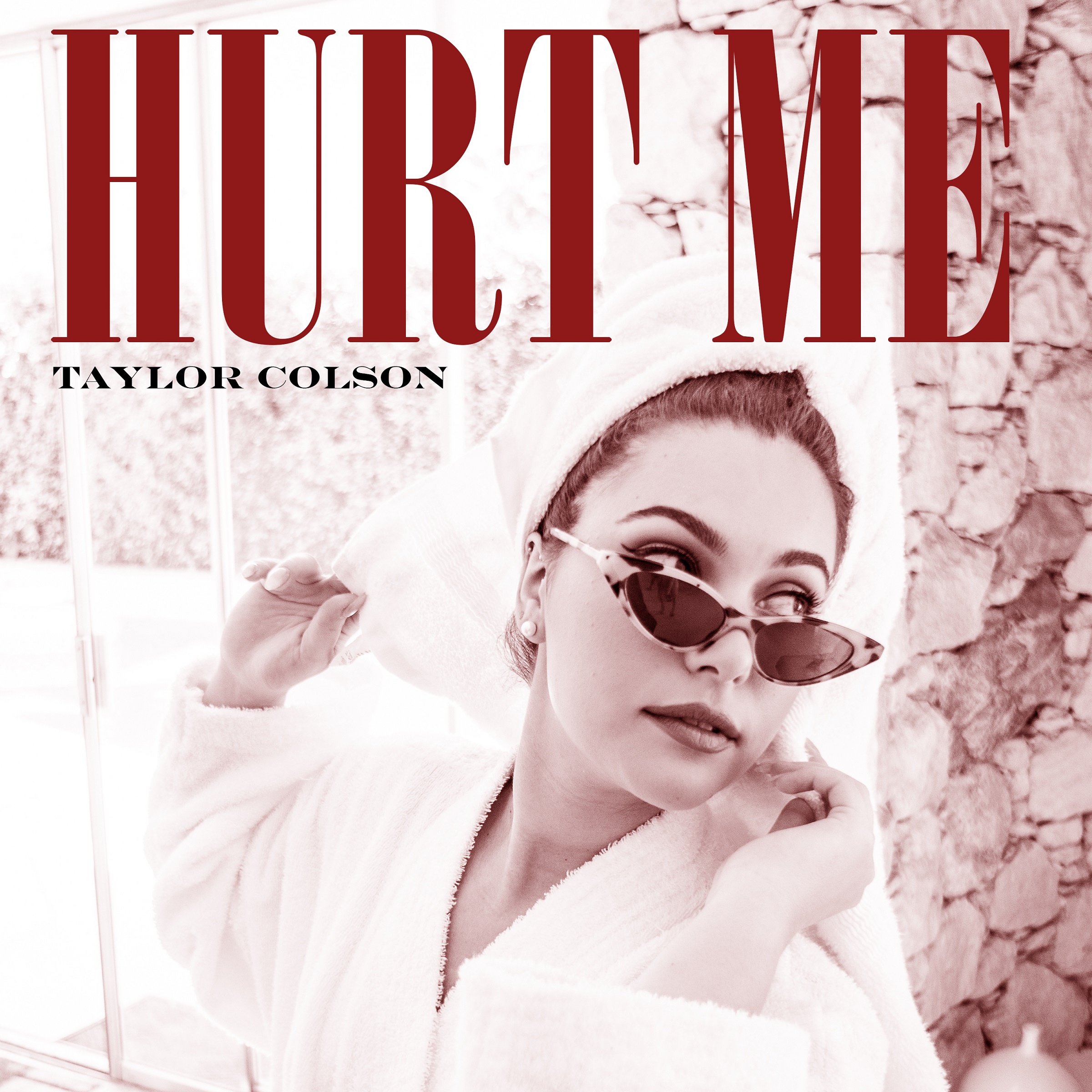 Peeking out from behind a cloud of silence, we find the opening bars of Taylor Colson’s brooding debut single “Hurt Me” ready and waiting to drag us asunder with their weighty signature harmony. Colson’s voice quickly takes center stage here, and although her delivery is supple and precise, it’s the tonal presence of her vocal that tends to steal away the lion’s share of our affections in this number.

“Hurt Me,” from a compositional perspective, is a fairly retro piece of material. It aesthetically borrows a lot of its cosmetics from classic vocal music, but a beat that’s been skewed with an electropop influence prevents any comparisons to the throwback content a lot of this artist’s contemporaries have been experimenting with in recent times. The steps are controlled, the groove almost entirely driven by a collective physicality in the instrumentation (instead of the percussion alone), and there’s scarcely an instance in which Colson’s serenade isn’t given enough room in the mix to really dominate the melodic faceting here. There are quite a few intriguing players coming out of the American underground this season, but for my money, few can compete with the vocal prowess this young woman is bringing to the table here.

Like a tide, rising and falling with a brilliant unpredictability, it’s initially rather difficult to tell when the volume swells are going to hit us in “Hurt Me,” but I would stop well short of describing any part of the arrangement as being particularly abrasive – especially in comparison to most of the indie pop starting to trend well on the left side of the dial in 2020. Colson’s rejecting alternative standards not because of a desire to fit in with the mainstream but instead due to her undebatable interest in preserving traditional pop conventions within her music. This is absolutely an incredible balance of old school framework and modernly artistic liberality, and although it’s got a couple of rough edges in its production quality, there’s nothing about “Hurt Me” that would qualify as being unfocused or inaccessible for a critic like myself. It’s one heck of a strong debut, but for this vocalist, I have a feeling we should expect a high-level potency from her upcoming output.

“Hurt Me” concludes as subtly as it comes creeping out of the shadows, and despite its moderate running time of about three and a quarter minutes total, it doesn’t feel lacking in any sort of creative substance at all whatsoever. Taylor Colson is a new face in the game, and while she’s still got a lot to prove if she’s going to join the ranks of an increasingly pressurized mainstream market, she’s doing a fine job of establishing herself and the type of artistry she wants to be known for in this track. I’ll be looking forward to seeing and hearing what she does with this sound in the future, but for now, I would definitely recommend that pop fans everywhere give this a thorough examination before the month of August has met its expiration.