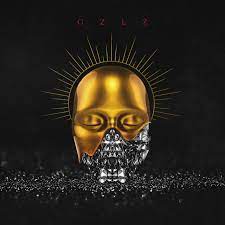 Denmark isn’t known for producing many international Pop Stars to date, but that could change with the release of 2 Faced. 2 Faced is an 8-song album by GzLz, a Danish Singer from Copenhagen. His smooth electro-dance beats make for songs that have more than substantial potential. Little is known about GzLz’s early life, that he discovered guitar and piano at an early age.

He recently became aware of Electronic Music and apparently, has found his niche.2 Faced is essentially an album that deals with love in its various stages and incarnations. The fervent emotions and inner conflict that are ironic apparitions of falling in love are the focus of this record. “This Way” channels the idiosyncratic elements of Usher but also exposes a highly confident singer and performer in GzLz. He attacks the chorus with a fiery passion and sounds much more seasoned than the other players around. As with most of this record, this one will be a hit with ladies.

Distinctive due to its slightly sped-up drum beat, “Favourite Secret” is a highlight of 2 Faced. In many ways, you can say that it is the definitive song of the record. With a plethora of potential interpretations, many at a certain point in their life will find a way to relate to this one. “U Got My Love” shows just how skilled, GzLz is at spinning a phrase. His verbal agility and subtle alacrity make what would otherwise be standard material and gives it additional seasoning

.“Inside Out” is the track you should expect to hear making the rounds at trendy nightclubs across the globe. With a sensuous vocal by GzLz, he shows off the extent of his range on this undeniable track. “Inside Out” emphatically proves that GzLz can be a legitimate hitmaker. “Got4Me,” finds the perfect balance between European Techno and American Electronic Dance music. It’s probably one of the most efficient introductory pieces to GzLz, as it’s a high energy but with his signature vocal style.

Tell me/what you need from me/when you get lonely/you just want love. GzLz sings the aforementioned line with a delightful upward inflection and emphasis on love. He sings in a slightly higher register on “What U Need,” which could be classified as falsetto. This is a highly accommodating piece that has that slightly international flavor and a soon-to-be-discovered glow. Once again, GzLz’s performance, both from a technical and nuanced standpoint, is impeccable here.GzLz is just the right producer away from being a breakout star. His grasp on the current climate of music is unparalleled, and this record does not contain anything resembling a weak link.

The album flows like water, and GzLz reinforces his burgeoning stardom throughout it. He’s making American music better than most Americans are doing it, or at the very least, just as well. He’s also representing his homeland with European-inspired beats and arrangements. The man behind 2 Faced could soon be the face of Dance Music.