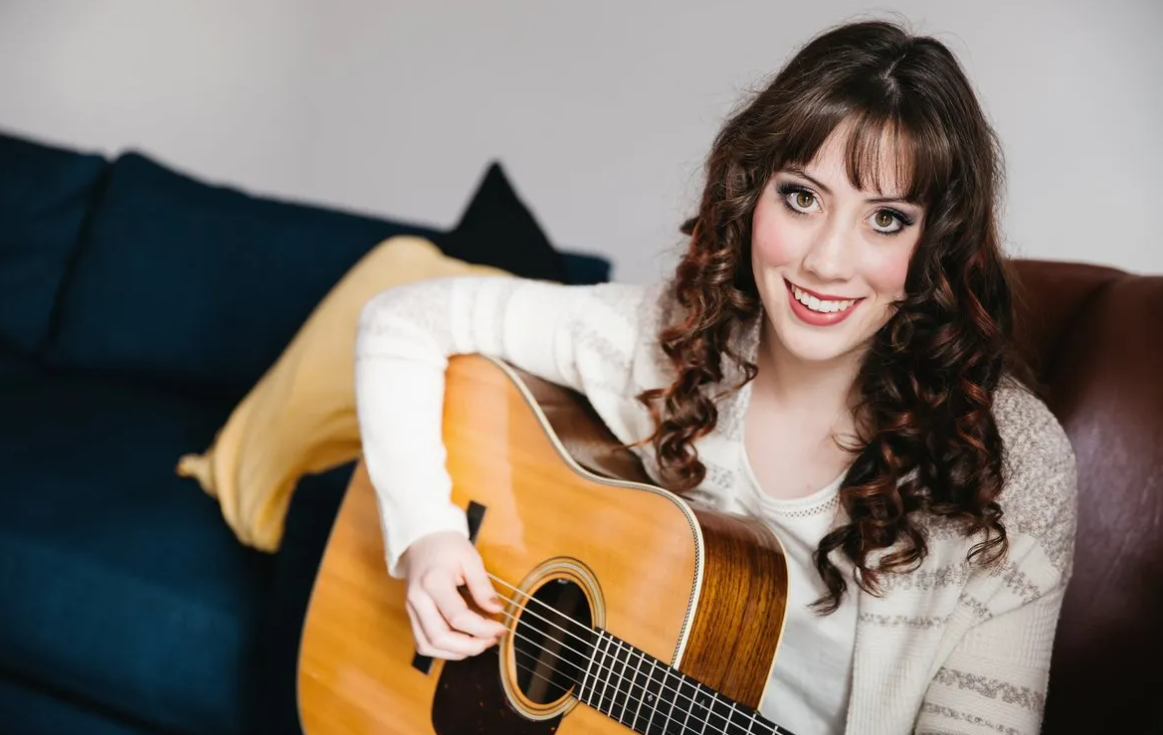 “That Kind Of Guy” by Christen Cooper

“That Kind Of Guy” from singer/songwriter Christen Cooper is full of spunk and spark. Crossing over between pop and country rock, a slight twang of the guitar and a catchy chorus helps move this song. Cooper’s enviable melody and instant rapport makes “That Kind Of Guy” one of the summer’s best hits. Flirty and fun, Cooper’s role as a wordsmith and ability to write a great pop song shouldn’t be overlooked. “That Kind Of Guy” is a keeper.

Cooper, who has a warm voice that nestles itself perfectly into pop or country,  sings with ease. Her range is pretty even keeled. The song reminds me of a conversation amongst friends when someone has asked her, ‘what kind of guy are you looking for?’ Her answer, summed up beautifully in the chorus: the kind of guy who lets you wear his hoodie, cause he’s missing you, not just because he’s lonely, not afraid to fall in love, but he’s not in a rush, a good time, porch light kiss goodnight kind of guy. The chorus struck me as much more country than pop because of the porchlight imagery (and the hoodie, don’t forget the hoodie). Cooper sings with a bit of playfulness, hovering over a sound that is up tempo and stacked with toe-tapping rhythm.

Cooper’s sound pallet made me feel youthful. Perhaps, too, in her voice is this girlish charm. I do think it’s fair to call her young sounding, but I must point out that it didn’t stop me from feeling like she’s wise beyond her years. The music bed has depth and has twists and turns that model the perfect ebb and flow of any great song. She gets to the point and sets the scene early. If you’re familiar with the phrase, don’t bore us, get to the chorus, then you must realize that Cooper is a student of this philosophy. She’s gifted at doing just that. I think she has a knack for singing in a way that provides a deep connection with her audience. On the surface and maybe on the first listen you might not feel the same, but as the spins pile up, so does the realization that she’s more than meets the eye. Or the ears.

I think Cooper is completely authentic too. This song doesn’t have a ton of bells and whistles from the studio’s arsenal thrown into it. It’s a tight sound, but it also feels natural and almost free flowing. I think she puts her best foot forward and is just a gregarious, likeable soul. You connect with Cooper on a level that feels deeper than most country pop songs. She’s real.

With so many choices out there, a deluge of playlists, Cooper keeps things simple. It works to her advantage and “That Kind Of Guy” stands out for its shining light. I think Cooper is a beacon of that light and her star will continue to rise. I’m a new fan and look forward to whatever variety of sounds Cooper creates next. “That Kind Of Guy” is worthy of high marks.