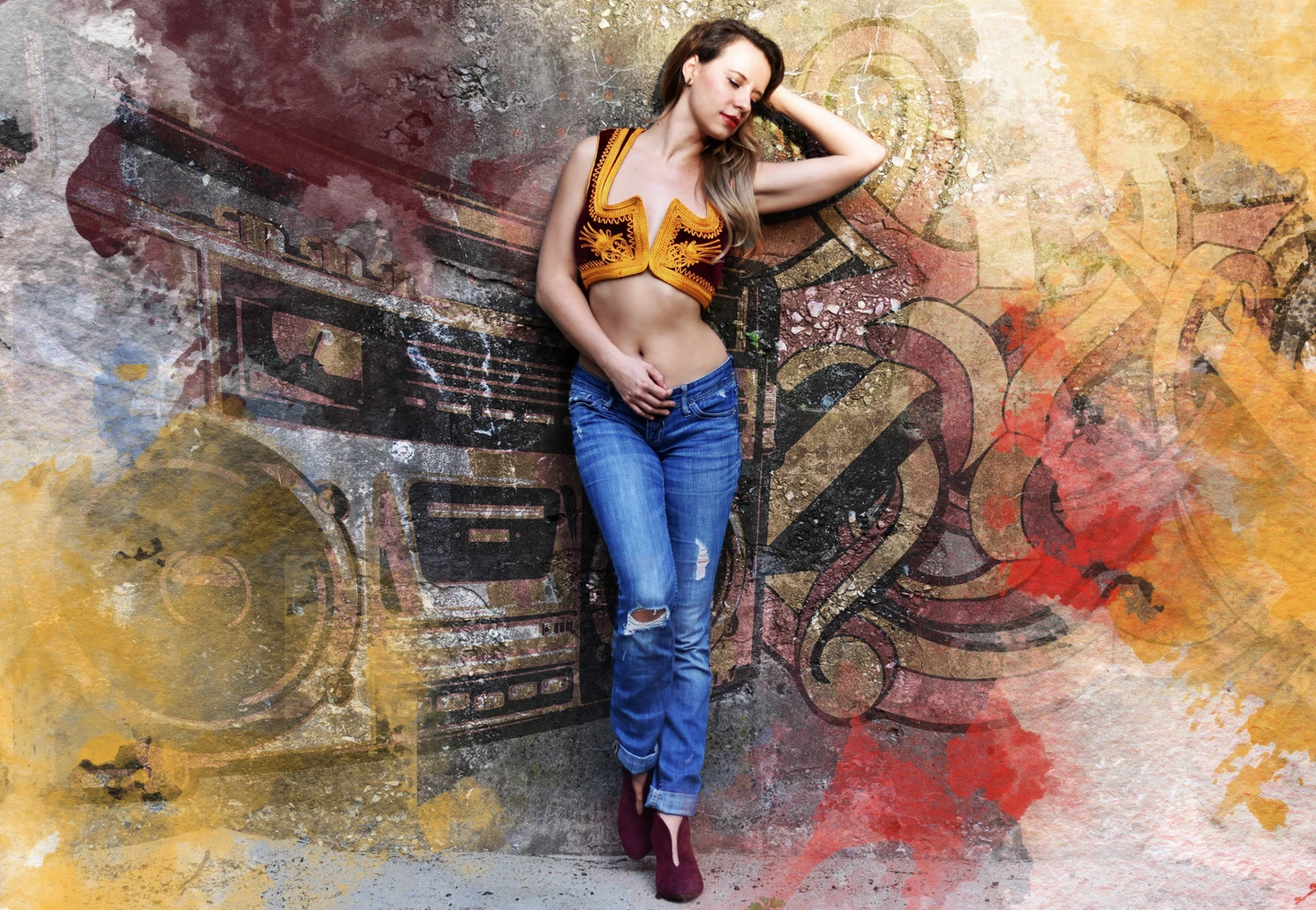 White-hot flames, neon lights, delicate dances and friction between the sheets – separately these elements are more than enough to stoke the interest of the average passerby, but together they create an eruptive force in Zaritza’s “Slot Machine” music video so eye-catching that it’s next to impossible for us to look away. Our hearts are racing right from the jump, and although the moving pictures on our screen are the initial flashpoint of our focus, it is ultimately the rigid rhythm that spurs forth the video’s beat that wins the lion’s share of our attention in “Slot Machine.” Zaritza does everything she can to not contain her emotions in this superior new single, and despite the fact that 2019 has been filled with a lot of really intriguing new music – most of which, I might add, has come from the pop genre – hers is a sound that stands on its own as one of the more memorable and surreal of any to come out of her scene in recent memory.

Attention to the smallest of details is key to the design of “Slot Machine,” and too properly breakdown the song’s most alluring of intricacies, one must start with the very fabric of its instrumental melodies. Even if Zaritza hadn’t been in the center of the spotlight here, there’s something to be said about the urbanity of the synth harmonies that use the percussion as a canvas atop which to paint us a beautiful picture.

They’re seamlessly woven together, not dissimilar to what one would expect to find in a handmade tapestry, and with the added physicality of the master mix, they provide us just as much of an emotional push as the lyrical content does. That’s not an easy feat for even the most accomplished of composers in the world to pull off, let alone an artist devoted to making the kind of swinging pop sound that Zaritza is. There’s nothing status quo about this young woman or her music; in fact, in an era dominated by sound-alikes and recyclers of classic rhythm, she’s one of the few unique solo artists to make her own way without drawing to heavily from the well of her predecessors.

The late 2010s have been producing some of the very best pop music that I’ve had the pleasure of examining in a number of years, and if there is one artist making noise right now that I would tell you to check out above all others this month, it is undeniably Zaritza. Her melodic pop swagger is exactly what had been missing from the American underground over the summer, and unlike some of her competitors (namely indie stalwarts Charley Young, Moli, Shelita and Mati Lyons), she has virtually nothing in her sound to tie her to the ongoing surrealism movement in the genre.

In the end “Slot Machine” is such a stellar find – it’s got flow, a sensational hook, sex appeal and a lot of seductive singing that would make anyone weak at the knees, and most, if not all, of us can agree these are qualities that make American pop music the greatest it can be.