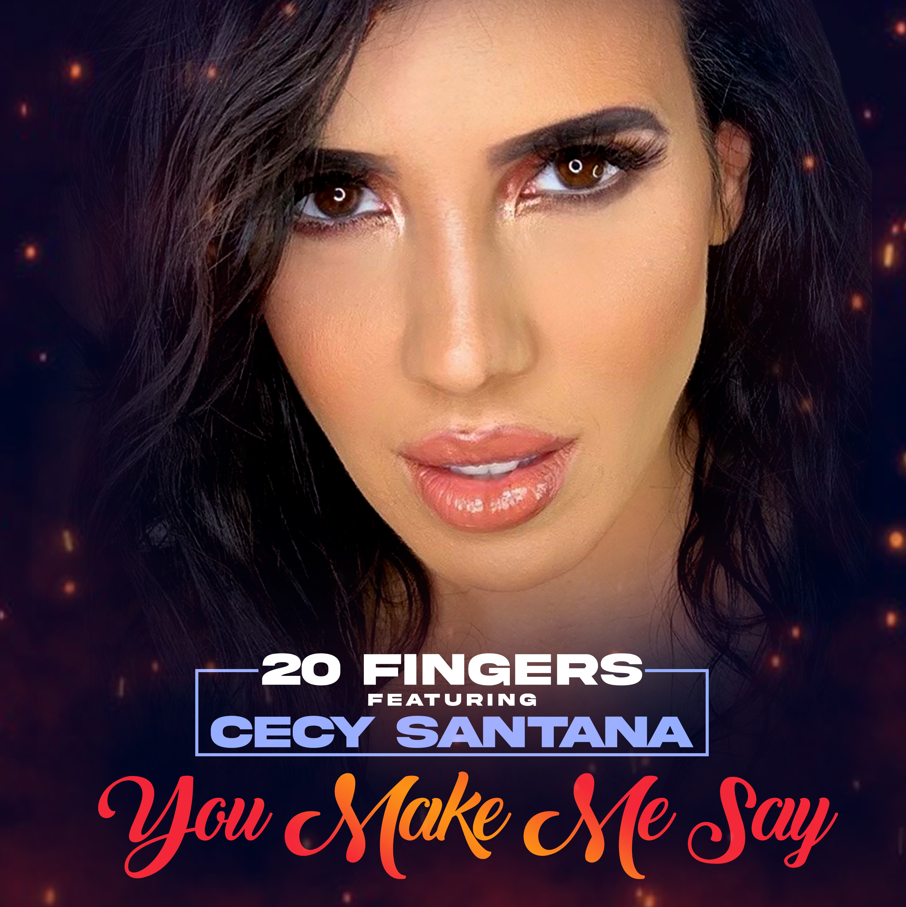 “You Make Me Say” from 20 Fingers (feat. Cecy Santana)

Shortly after pressing the play button on the new single “You Make Me Say” from Cecy Santana and 20 Fingers, it becomes more than clear that we’re listening to so much more than your typical vocal-driven pop single. With a synthetic edge that is as defiant as the rebellious groove at the center of the spotlight is, there’s an experimental attitude in this piece that you don’t have to be a critic to recognize, but instead a rival of Santana’s to ignore. Together with 20 Fingers, this beautifully talented vocalist is expanding her creative reach beyond the verses and to the music that supports her every utterance, with sonic depth taking priority over straightforward lyricism around every turn.

There’s nothing wrong with writing a pop song that has a nice rhyme or an even sexier rhythm to it, but to shape something with nothing more than the tonal presence of your voice and the elegance of your delivery takes a certain kind of skill that can’t be taught in any school. This is an artist who was born to play this kind of a track, and for my money, she can break off these beats anytime she sees fit.

The tempo facilitates a lot of raw friction between Cecy Santana and 20 Fingers here, but I wouldn’t go so far as to say that they’re competing for our affections as we reach the midway point in “You Make Me Say.” Contrarily, and strangely enough, I think there’s an argument to be made that they’re both trying to shove the attention towards the rhythm of the instruments rather than either of their vocals, which ironically winds up giving their words even more attention than they would have garnered otherwise.

Execution is pivotal to these two, and although I was not in the recording studio with them when they made this piece, something tells me that there was a lot of fine detail that went into making “You Make Me Say” the whirlwind, romantic pop single that it is in this instance. There’s nothing accidental here – these players were made for this kind of a performance.

In this all-new single, Cecy Santana and 20 Fingers do more than an amazing job at showing us two big personalities can share the same space without one overtaking the other, but more than this, they prove that they’re not going anywhere but up and out of the indie hierarchy in favor of winning mainstream support in 2021. If their goals weren’t as lofty as described here, you’d never know it just by listening to “You Make Me Say,” as it has all the detail of a release that was made to smash through the barriers and grant these two singers as much of the limelight as either one wants to absorb. The underground has such a vibrant pulse at the moment that it’s almost wrong to pick favorites before we hit the end of the year, but this song is sincerely one of the best I’ve heard from a non-commercial entity in the past eight months plus.