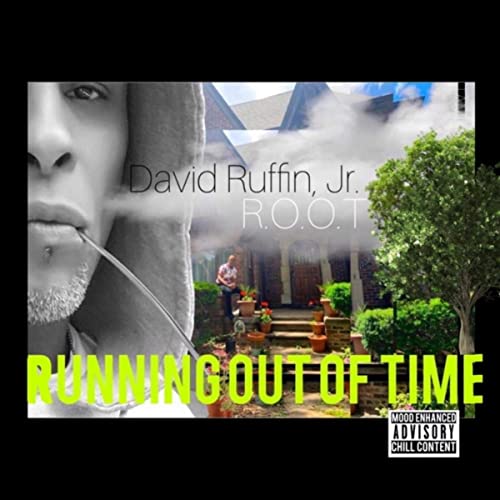 It takes a song to change a mood, ignite an internal clock or inspire. “Running Out Of Time” is a game-changer single from David Ruffin Jr. If his name sounds familiar- it should. The son of a legendary Motown crooner, David Jr., aims high and reaches a powerful groove in the slick track out now via Radian Records.

“Running Out Of Time” is produced by Michael DeBarge (Corey Feldman, Rio Olympics Opening Ceremony and head of the music department on the hit show Jane The Virgin) and co-produced by Chey De Los (EDM composer). David’s father sang lead on iconic Temptations’ songs “My Girl”, “Aint Too Proud to Beg”, “Beauty Is Only Skin Deep”, “Since I Lost My Baby”, “I Wish It Would Rain” and a cacophony of others. David Jr. takes that powerful influence and readies his listener for remarkable emotions.

Lyrically, “Running Out Of Time” urges the listener take action, to think about their life’s choices. In the key line, “if you believe in the things you do, then you’ll stop treating the people you love like you’re so far above.” Angelic backing vocals from a female voiced choir are sprinkled in just the right moments when David Jr., triumphantly sings. This song is not a solid pop song, rather, it’s a collision of R&B, soul and gospel.

David Jr.’s voice echoes in your head throughout – the chorus just simply “you’re running out of time” gets repeated in three’s. As a listener the thought provoking idea of how you treat people better, how do you come to terms with that inner dialogue. Still, it’s a happy song. He’s not barking at the listener, and he’s not jaded. He’s coming from a sincere place. After a few listens, the grit in his voice, the raw power he displays shines through. His singing is the spotlight in this song, but the messaging and influence is a close second.

Rhythmically the song has laid-back beats. The tones are blues and crisp purples, weaving their way in-and-out of David Jr.’s poignant delivery. The urgency is in his vocal pleas – not the music bed. The beat and bass line move along like a slow river, the listener wading atop the water reaching, clenching to find a way to make a personal change. The contemplative mood is a perfect match with David Jr.’s style. It’s a slower dance of a song, but the soul can’t help but sway.

Overall, “Running Out of Time” is an impressive song. David Ruffin Jr. secures an artistic achievement. Fans of Bruno Mars, Drake, Kendrick Lamar and more will want to take a listen. I have to admit, while listening to this song, before even knowing who David Jr. is and his background, I felt like this was on the verge of something. Like I was listening to the wisdom and artistry of someone that had seen it all. Something tells me this won’t be the last we hear of David Jr. and it’s only a matter of time before his talents take him to global stardom.