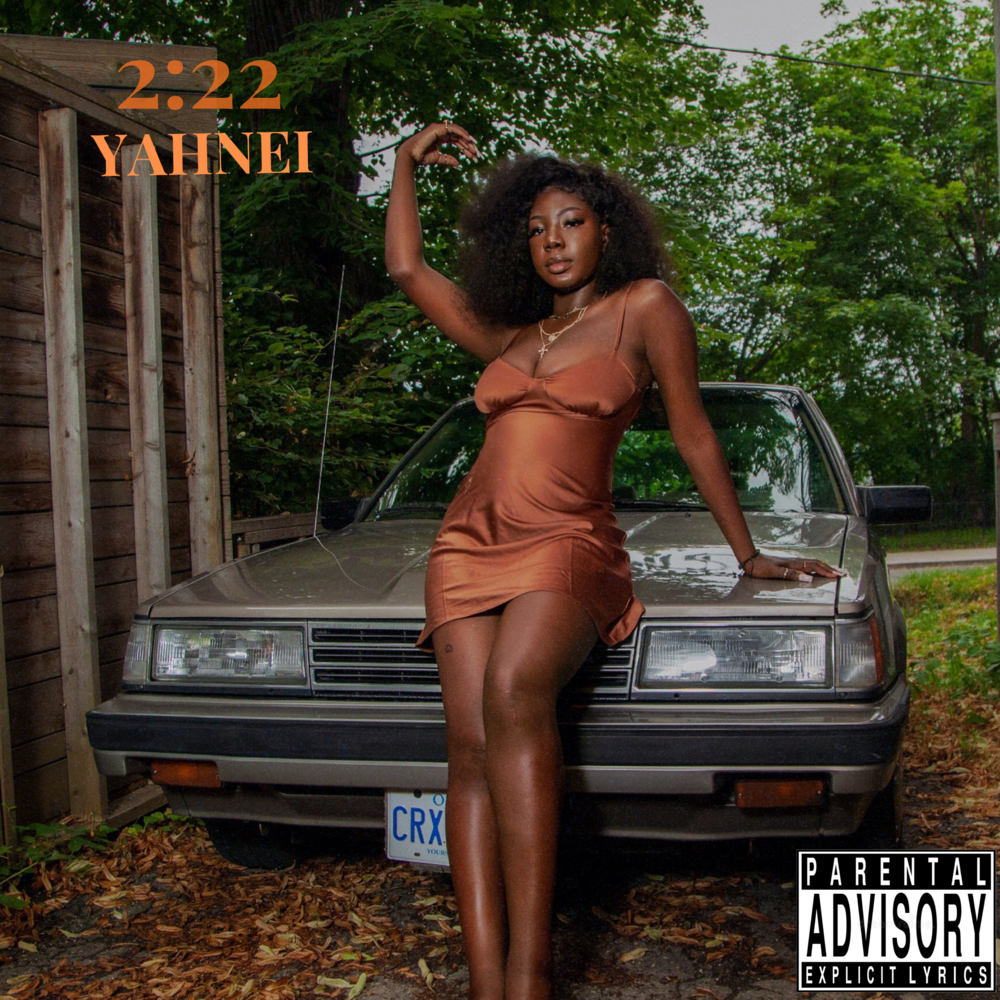 The eroticized drawl Yahnei presents in the opening cut of her new EP 2:22, “Mandarin Cookiez,” likely would have sufficed in getting our attention and retaining it for the duration of this six-song tracklist, but let’s be honest – we aren’t dealing with a player who cares much for the status quo. Yahnei’s harmonies purr like a lioness in heat, and beside the bass-driven grooves we find in “Mandarin Cookiez” and its equally sensuous neighbor in “Motion,” there’s no escaping the lustiness of the content here. This girl was made for the studio, and she’s owning it to no end in 2:22.

“Been U” has the biggest tension build of any track here, but it never comes off as overly pressurized next to the other songs in the record at all. Contrarily, I think that the mastering of this content reflects an interest in maintaining aesthetical balance more than it does spotlighting the pop sensibilities that Yahnei’s songwriting style naturally embraces. She’s got a lot in common with the old school in trip-hop and surreal R&B, but with a voice far more potent and physical than many of her biggest influences would have known what to do with.

“Kickin’ It” sports a balladic framework that bleeds surrealism around every twist and turn in its rhythm, but I wouldn’t say it ever slips into the profoundly postmodern territory some of the more shapeless singles of this variety have. Yahnei isn’t trying to structure anything with a specifically artsy finish in this EP; instead, she’s making everything about her vocal and the anti-virtuosity of her songcraft, which isn’t to say that she’s aligning her style with that of the minimalist musicians she’s sharing a scene with at the moment. It’s alternative, but also something I see making her a lot of new fans and bigger paychecks.

“Want This” stumbles over itself a bit, but in a manner that brings to mind the lo-fi charismas of a deliberately experimental chapter in the history of R&B. All in all, I think this is one of the sharpest and most direct songs in the tracklist, and it closes out the whole of 2:22 with an instrumentally stirring “Waitin’” like none of the other material in this record could. 2021 has been filled with plenty of studs and duds the same, but this is an extended play that really feels like a gateway more than it does a mere sampling of talents.

Conveniently sized like a taster rather than a tenacious effort unto itself, 2:22 is short, sweet, and definitely just the kind of introduction to the music of Yahnei listeners need to hear before the year has come to a conclusion. She’s got an incredible vocal and an even brighter skillset when it comes to execution and creating a solid arrangement, and based on the bit of her personality that’s invested into every one of the songs in this EP, I would have to say we’re only seeing a preview of what’s still to come from this dynamically gifted young woman.