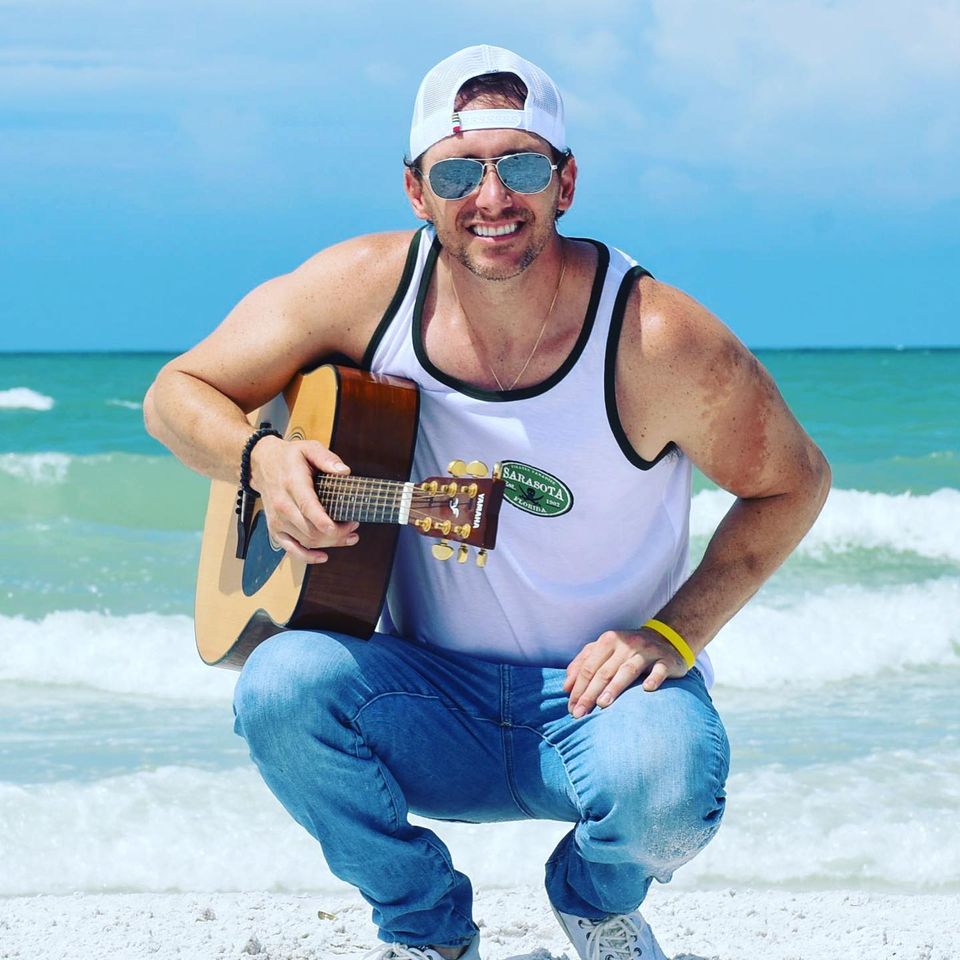 Anyone who tells you that making a good country song takes more than three or four key elements really doesn’t know what they’re talking about, and if you listen to the new single “Tiki Bar on the Beach” by up and coming country crooner Jarod Grubb this month, you’re going to understand why I’d make such a statement in the first place. Grubb defies the notion of modern country being dependent on crossover devices, aesthetical hybridity at the most extreme level, or any other form of trend-worthy experimentation that involves abandoning the core artistic values that made the genre what it was in the first place.

Country needs some well-arranged string play and a singer who knows what they’re doing with the microphone to start with, and beyond that, the lyrical content shouldn’t feel disingenuous – it should convince us that the imagery it presents is entirely authentic and not faked. Grubb would appear to be quite masterful as this aspect of being a true country star in “Tiki Bar on the Beach,” and though his is a very specific brand of country too often lumped in with the Bakersfield crowd’s rock-inspired conceptualism, it’s got a shot at really shaking up the game with the right exposure this year.

Rhythm is as vital to our appreciating the real emotion this singer is affording most every verse he croons to us as the actual melodic substance of the material is, connecting the pulse of the percussion with Grubb’s urgency to step away from the Monday through Friday mundane. The guitar makes for the perfect pairing with his smoky lead vocal, and by giving the strings a lot of the stage in the most climactic moments of the track, he doesn’t have to be too fancy with his vocal – nor with the way he ascends the hook here. There’s no hesitation in his voice, and there shouldn’t be; he’s completely in his element and chasing something he’s had in his crosshairs for a long time now (at least as I can tell from the passion he’s giving us in this performance). He’s hitting the sandy shores before we even have a chance to book a plane ticket, but making the adventure there sound too good to resist.

Beach lovers have their own kind of country music – this we can all agree on as critics and fans – and I think their new voice to keep on your radar is Jarod Grubb. There’s a lot we can learn about who he is as a songwriter and a performer just in listening to the swagger he has in “Tiki Bar on the Beach,” and I would have to assume that if he’s already as good as he is in this work, he’s only going to become more impressive as time goes on. If I were in charge of his artistic direction, I wouldn’t let him change a thing about the present formula he’s using for this song. After all, it’s already producing him a potential hit with fans everywhere.

The music of Jarod Grubb has been heard all over the world in partnership with the radio plugging services offered by Musik and Film Radio Promotions Division.  Learn more https://musikandfilm.com