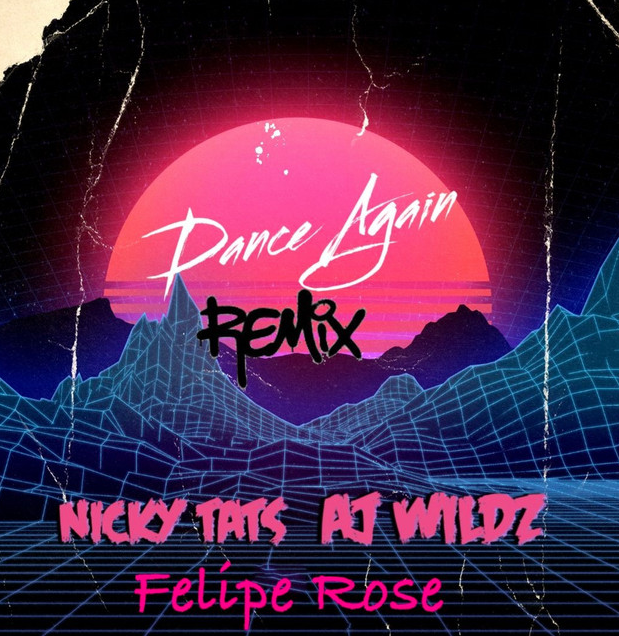 The throbbing beat that awakens the new single “dance again – remix” from Felipe Rose is certainly more than enough to draw us into the song’s venomous energy, but it isn’t until we pass the thirty-second mark and experience this track’s vicious melodic swing that we’re able to appreciate just how much talent is in the studio for this performance. Although you could make the argument that a profound dance single doesn’t need to be a tonal masterpiece, there’s something specifically anti-synthetic about the instrumentation comprising the main harmony in this track that makes me feel invigorated by every second of audio in a way I don’t normally get just going to the club.

This isn’t a status quo soundtrack to another night of tearing it up on the dancefloor but, in fact, an encapsulation of identity for Rose and collaborators Nicky Tats and AJ Wildz, both of whom are putting as much love into this product as the headlining artist is themselves. There’s no slacking in this track, but instead a lot of vitality that never goes unutilized in the grander scheme of things.

While this is a remix, I don’t know that it feels super-processed in the manner that a lot of club pieces tend to. Truth be told, I think that everything here is so seamlessly integrated that there’s scarcely a moment in which we can tell where one thrust of the percussion is starting and the sultry bounce of the bassline is beginning; it’s that well-produced. There’s not as much space here for the vocal as one might expect, but this isn’t impeding the expressiveness of the music by any means.

On the contrary, I think a lot more is being put out on the table in “dance again – remix” than anyone would anticipate in a song of this style or design, and it all begins and ends with the experimentation of these three players. They’re fearless here and providing the audience with something that sounds steeped in the physicality of funk as much as it is the unending adrenaline of an EDM crossover single.

“dance again – remix” isn’t a love letter to the purists of the modern music revolution, but instead something that celebrates the creativity of studio players when they’re really connecting with each other on a deeper level. Although Felipe Rose steals the show with their marvelous command over the groove, this is a showcase for Nicky Tats and AJ Wildz as well, who crush their guest spots with an attention to detail rivaled only by their host in this performance.

This hasn’t exactly been a breakout year for a lot of dance music, but it’s through blood-pumping numbers like this one that we’re able to discover just how much life is still on the dancefloor, even in the midst of a pandemic that seems to be prolonged and politicized more and more every day. Felipe Rose is making grooves for a beat-starved gen here, and you can’t debate the importance of that for anything right now.