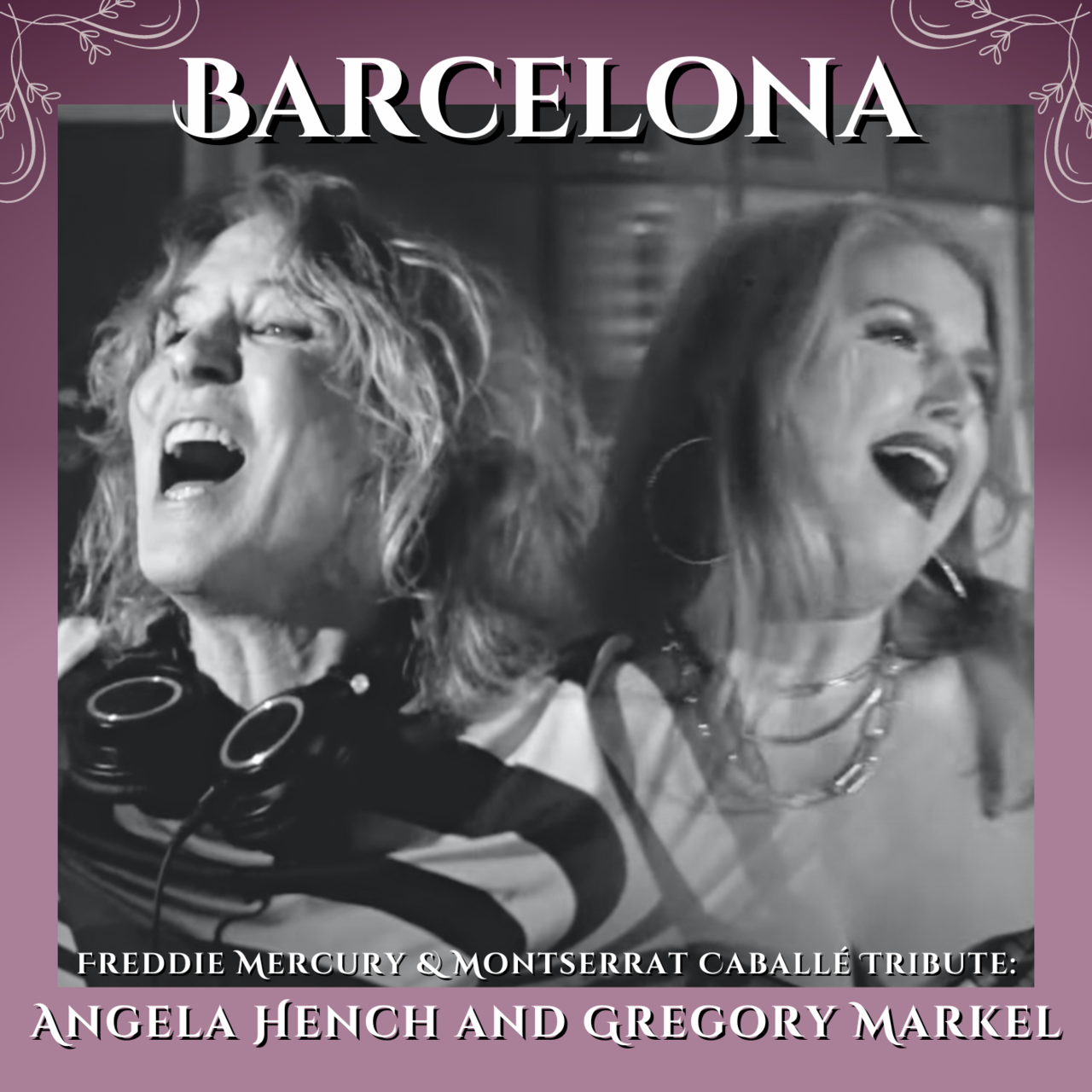 Angela Hench and Gregory Markel aimed higher than most, to put it mildly, when the former enlisted Markel’s talents for this project. Any cover song poses challenges and difficulties but, in the case of “Barcelona”, Hench has set her sights on no less than covering legendary opera singer Montserrat Caballé and Freddie Mercury’s 1987 duet collaboration “Barcelona”. Anyone unfamiliar with the backstory behind the original should seek it out, but this review won’t belabor it here.

We will focus, instead, on this monumental effort. Hench brings the ample necessary talents to bear. Her soaring upper register capabilities invoke the best attributes of Caballé’s original while putting her own stamp on the performance. The grain of Hench’s voice has enough of its own distinctive feel that you could never confuse this performance for imitation and attentive listeners will hear how she calibrates her delivery in subtle yet distinctive ways. There isn’t any self-indulgence audible in her approach and she executes the demanded dynamics for the song with distinctive and undeniable skill.

The Ann Arbor born Hench is now a dyed in the wool Detroiter with an ongoing burning passion for her Motor City community. Her opera training, extensive and high-profile, doesn’t close her off to mainstream influences and keen-eared admirers will potentially see strands of Lizzo and Ru Paul, among others, in Hench’s presentation. It’s little wonder, perhaps, why she gravitated to this late but masterful work masterminded by the late Queen vocalist.

Markel, a vocal powerhouse and former front man for progressive rockers Altered States, doesn’t attempt to displace Mercury. It’s a fool’s errand. What you hear, instead, is a young vocalist who rightly focuses his efforts are providing Hench with a vocal partner who realizes every bit of the song’s potential. There are no half measures. He doesn’t try hogging or stealing the spotlight from his duet partner; putting his focus on the right things, the overall betterment of the song helps produce one of the most memorable covers, bar none, in recent memory.

Anyone and everyone will agree it is audacious. Few singers would even be bold enough to try. It’s no surprise the cover is generating Grammy buzz, it’s a near injustice if the nod doesn’t pan out, but Hench’s life will go on if not. She didn’t do this for the fame or money; executive producer Dick Williams and 7-time Grammy-winning mixer John Jaszcz help make it clear that it is love fueling this performance. The single’s accompanying video directed by Robert Stuvland & Amy Stuvland Parks makes that clear as well.

We will be hearing from Hench again and it’s impossible to say in what form. Her talents are irrepressible, but her need to express herself is equal. You cannot praise her willingness to make bold musical moves that pay off because it bespeaks a rare confidence that, if it comes through once, often makes fans and followers for life. Consider me one from now on after hearing this stunning reinvention of a legend’s late classic.