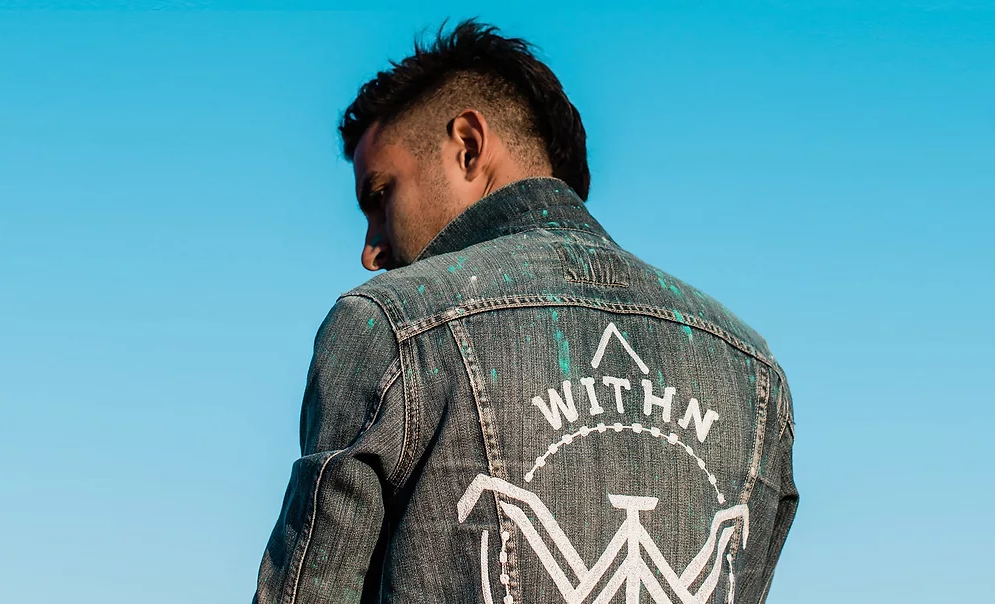 Santiago Orozco is the creative force behind the World Music group, WITHN. A Columbia native, Orozco’s prior projects include, Todo Mundo, a group he was instrumental in bringing to prominence over an 8 year period. The newest single by WITHN, “Matters Of Love” is reflective of the group’s core doctrine. It expands upon the consciousness that Orozco has devoted his Art and Life to. WITHN is the culmination of a long and eventful journey for Orozco as a human being and an artist.

At nearly six minutes long, “Matters Of Love,” could be considered “epic,” by some standards. The run time somewhat flies by though, as WITHN has you virtually captivated from the opening note. Spacious and meditative, “Matters Of Love” is as accessible as World Music gets. It transports you, but renders you into a state of stillness, simultaneously. Orozco’s vocals are soothing and disarming, and allows you to fully surrender to the energy flow he advocates.

The steady, and impending percussion on “Matters Of Love,” may be its most outstanding aspect. The intro is  repetitive, and somewhat lengthy, but with an arresting quality. WITHN have a deeper agenda with their music, and that is apparent on “Matters Of Love.” What’s most assuring is that the group’s transcendental persona seems to be completely authentic. Orozco’s intention is presumed to use music as a vessel to reach a sort of spiritual catharsis.

I’ve been learning from life/and the silence between/I’ve been learning about these things/these matters of love/so I can bring you in. Lyrically, “Matters Of Love” is mature and introspective. Much like WITHN’s message though, the track never becomes self-indulgent. Instead, the piece strives for some semblance of a meaningful connection. Interconnectedness is a key facet of a meditative existence. All energy is symmetrical to one another, and can be adjusted to a state of compatibility.

The production on “Matters Of Love” is pristine. It literally sounds like glistening water looks or even feels like. There is such a rare purity to this music that must be experienced to be truly appreciated. It’s not an immediate track or one you’ll hear at a party. “Matters Of Love,” exists to act as the soundtrack to a personal journey of discovery and purpose. Because the song is so sparse and open, it takes a certain diligence to find the right mix and balance. WITHN have achieved near audio perfection with “Matters Of Love.”

It’s quite remarkable that as prolific of an artist as Santiago Orozco is, he still possesses a creative wanderlust. He has probably transcended above most who aspire to, thanks to his unwavering commitment to Zen. “Matters Of Love” is yet another beautiful and spiritual piece of music that extends an already dense catalog. It’s inspiring to see artists who possess exceptional musical talent, utilizing it in the interest of growth and consciousness expansion. If you’re in search or in need of an internal cleansing, then this song is for you. “Matters Of Love” is now available.