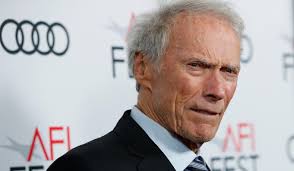 The publishers of the Atlanta Journal-Constitution newspaper have threatened legal action over the upcoming film, which follows the real-life events surrounding the discovery of a bomb at the 1996 Summer Olympics in Atlanta, Georgia.

Security guard Jewell, played by Paul Walter Hauser in Eastwood’s movie, saved many lives by evacuating spectators once he discovered the device, but was subsequently vilified by the press who suggested that he planted the explosive in the first place.

Bosses at the Atlanta Journal-Constitution are unhappy with the way their journalists – especially the late Kathy Scruggs, who broke the original story that falsely suggested Jewell was a suspect – are portrayed as “reckless” reporters who use “unprofessional and highly inappropriate reporting methods.”

Lawyer Marty Singer urged studio bosses and director Eastwood on Monday to “immediately issue a statement publicly acknowledging that some events were imagined for dramatic purposes and artistic license and dramatisation were used in the film’s portrayal of events and characters”.

But Warner Bros. executives have slammed allegations that portions of the movie are defamatory, and insisted they would be standing by their portrayal of Richard Jewell, an “innocent man whose reputation and life were shredded by a miscarriage of justice.”

“It is unfortunate and the ultimate irony that the Atlanta Journal-Constitution, having been a part of the rush to judgment of Richard Jewell, is now trying to malign our filmmakers and cast,” a statement added.

The film will feature a disclaimer which reads: “The film is based on actual historical events. Dialogue and certain events and characters contained in the film were created for the purposes of dramatisation.”

Richard Jewell will be released in cinemas on 13 December.