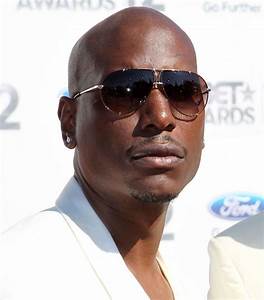 Tyrese Gibson has taken one step towards squashing his beef with Dwayne Johnson following their public spat about the future of the Fast & Furious franchise by admitting he went too far.

The two actors fell out last year (17) when Tyrese slammed Dwayne’s decision to push on with a Fast spin-off, delaying the production of the ninth instalment of the film series.

The movie, Hobbs and Shaw, focuses on Dwayne’s character Luke Hobbs and Deckard Shaw, played by Jason Statham, and hits cinemas next year (19). Fast and Furious 9 is slated for a 2020 release.

Johnson confirmed he and Tyrese had yet to speak about the drama during a recent appearance on TV chat show Watch What Happens Live, sharing, “That whole thing with Tyrese, it was pretty disappointing because I’d been friends with Tyrese for a very long time.”

Dwayne said, “I always feel like a beef requires two people to actually jump in it. It was really one-sided, and he had voiced his opinion a lot on social media.”

And now Tyrese has opened up about the spat in a chat with Van Lathan for his The Red Pill podcast, admitting he was not “professional” or “cool”.

“I have yet to talk to The Rock (Johnson’s nickname)… and we will have a conversation,” Tyrese says. “I did have a conversation with his producing partner… and that was pretty much the gist of any communication, as far as my thoughts and feelings around all that stuff at the time.

“I found myself being the messenger on behalf of various people associated to the (Fast & Furious) franchise, but stupid me, I was the only one who went public about those feelings.”

Tyrese now freely admits he may have gone too far, adding Johnson didn’t deserve much of what he said: “I don’t really recall anything that he either said directly or subliminally that was ever as big of a deal as the way I was going at him.”