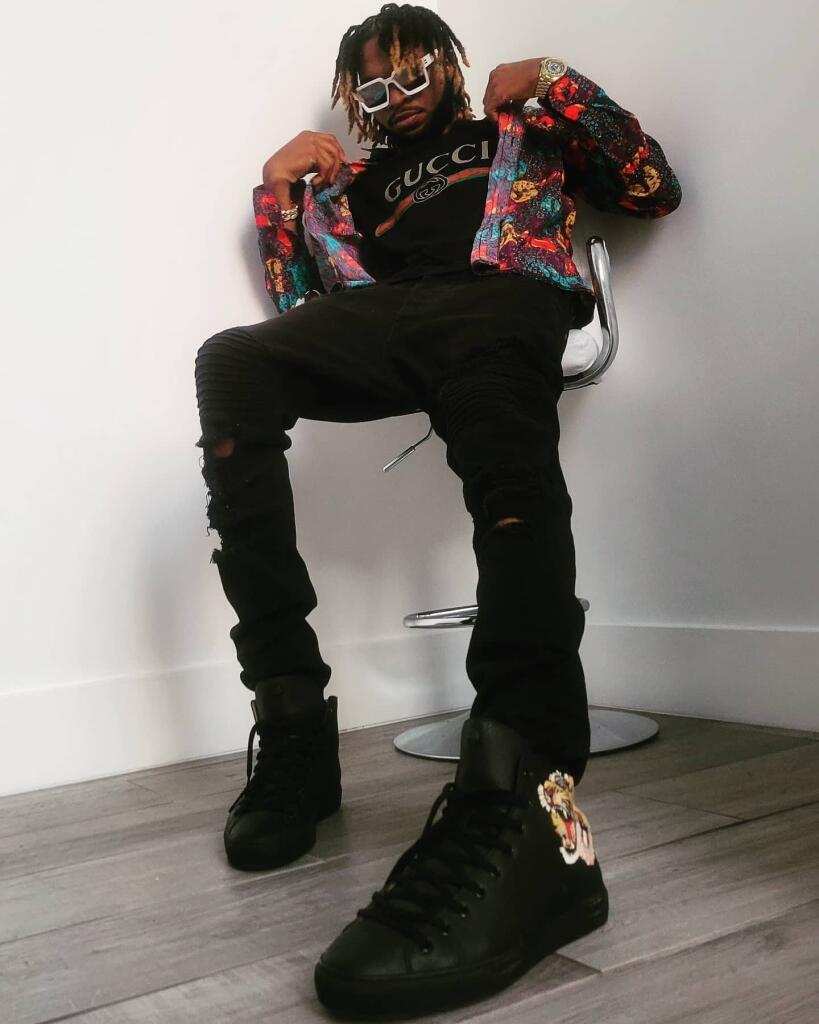 The American hip-hop underground is being shaped by a new generation of artists who could care less about what you call their music or how the critics end up categorizing it for websites just like this one. They care about the artistry that defines their discography and, more specifically, the release they’re trying to cultivate at the moment, but that isn’t stopping Vikki Sota from throwing some love in the direction of the old school in hip-hop with the release of his all-new music video and single “Run Up My Bands” this November. Unlike what some of the top-tier rappers on the American side of the border have been doing in the last few years, there’s less interest in buoyant beats here than there is potent vocals, which immediately captivated me in my first sit down with the song.

Vikki Sota, born Chukwudi Victor Otubelu, is giving us nothing but raw confidence in his delivery of every lyric here, but he never overstates the point he’s trying to make. There’s more than one opportunity for him to take a dive into the emotion suggested by the bass, but he stays in sync with the percussion and gives up more of a party vibe than he does anything introspective (which is most certainly a good thing in this particular piece). He isn’t trying to immerse himself and the audience in brooding undertones; he wants us to shake with the groove and get into his presence, which is something I’d love to hear his competition try sometime.

Listening to “Run Up My Bands” has made me really want to hear what Sota can do when he’s playing a live concert, and I think he does a good job of giving us a decent sampling of what such a performance might sound like this single without being too DIY with the framework. There’s a thin line between punky rebellion and amateurishness, but the former is definitely in play here more than the latter is, which results in every verse sounding as potently here and in our face as it would were we listening to this song being performed at a packed festival or even an intimate club. We’re getting the whole nine yards and then some, and it’s worth taking note of.

I’d be lying if I didn’t admit that Vikki Sota has a potential that I was not anticipating I would hear when checking out “Run Up My Bands” for the very first time today, and I think that as long as he stays away from singularity – as he essentially has in this release – he’s going to continue to get even better from here forward. Multidimensionality starts and ends with the creativity a player has in the composing stage of the recording process, and Sota is proving himself to be a very complex guy when it actually counts for something. Regardless of how the press reacts to this new single and the upcoming EP Genesis, it’s a step towards a new benchmark for both its creator and the scene that’s propelling him forward.