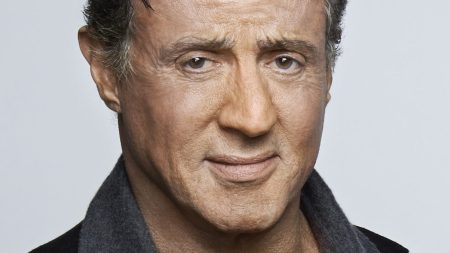 Sylvester Stallone is taking his new Rambo film to Cannes to give film festival attendees a first glimpse of the franchise’s fifth instalment.

According to Deadline, Sylvester will debut exclusive images from the new movie during a special screening at the Palais des Festivals on 24 May. There will also be a video montage honouring the 72-year-old’s five-decade film career and showcase the world premiere of Ted Kotcheff’s First Blood in 4K at the Grand Theatre Lumiere.

Based on David Morrell’s 1972 novel of the same name, about John Rambo, a troubled Vietnam War veteran and former U.S. Army Special Forces Soldier, the film helped cement Sylvester’s status as Hollywood’s leading action man, after the success of his first two Rocky films in the late ‘70s.

Like the Rocky franchise, the Oscar nominee co-wrote all of the Rambo installments.

He was last seen as the Vietnam vet in 2008’s Rambo, which he also directed.

Last year the star bowed out as his other famous alter ego, Rocky Balboa, in Creed II. He is rumoured to be returning to The Expendables film series though, for the franchise’s fourth movie.

The Cannes Film Festival runs from 14 to 25 May.