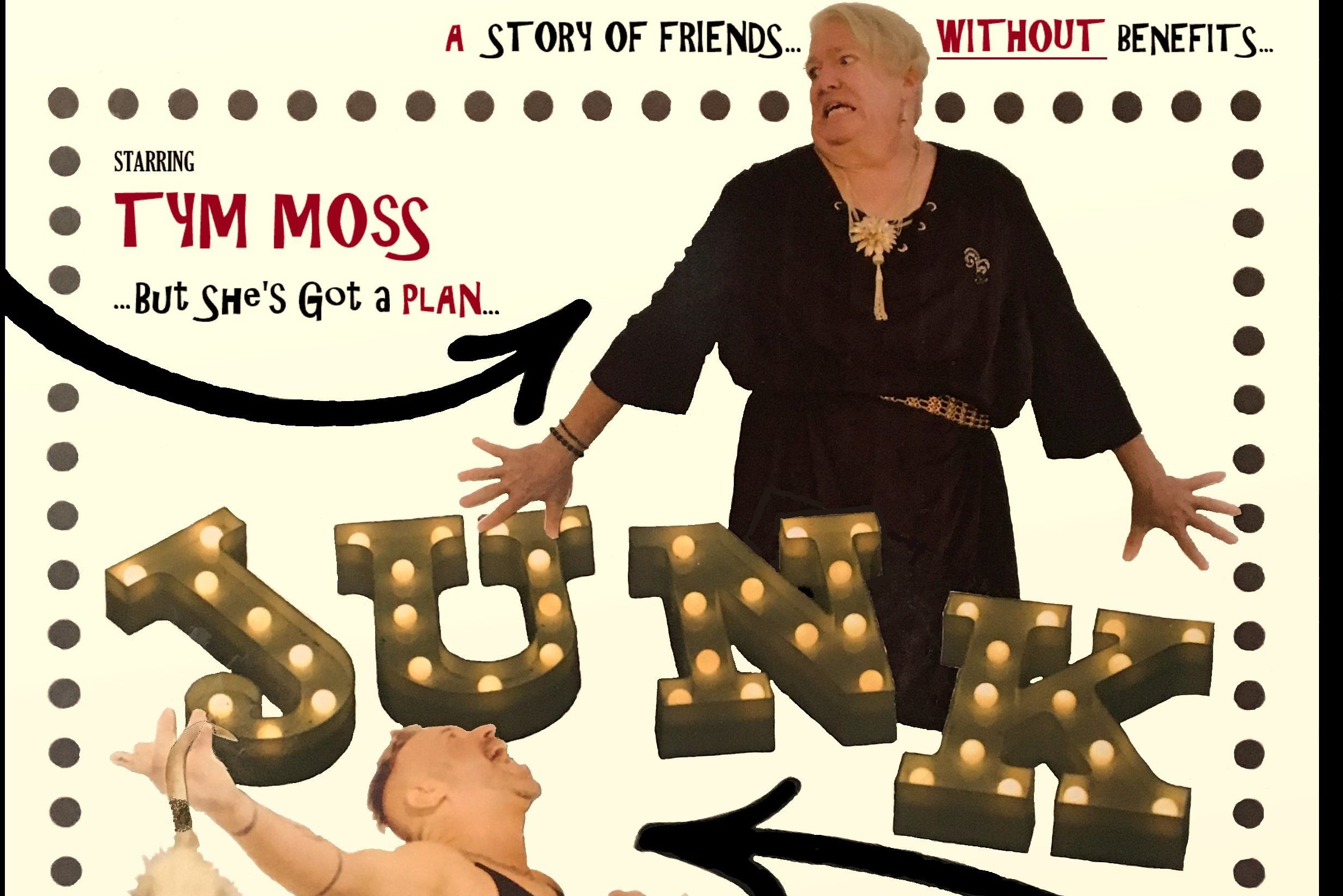 qFlix Festival Shows Us Some “Junk”, And It’s Hysterical By Nathan James

The fabulous qFlix (Philadelphia) Film Festival, a long-running annual celebration of LGBTQ cinema, was held in the city’s trendy Rittenhouse Square section from March 25-31, screening the work of accomplished and neophyte filmmakers alike. Among the pictures shown were intriguing short subjects exploring today’s LGBTQ issues, the Philly Phamily Philms coming-of-age series about gay life on the Delaware, revealing docs about life “in the life”, and one off-the-wall musical comedy that closed out the proceedings at Plays & Players, a venerable theater rich with Philly history, that served as the official qFlix venue. That film was Junk, a delightful adaptation of a Michael Penny play, originally staged at New York’s Manhattan Theatre Works Newborn Festival. Penny, who also wrote the screenplay and directed the film, tells The Hollywood Digest Junk “is my heart’s work”, and his passion d’ art is evident on the big screen. 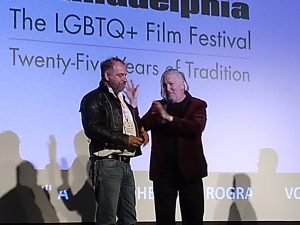 The film is a real, offbeat, funny look at some quintessentially gay life experiences, including the stigma of being same-gender-loving, unrequited crushes, the dread of getting older (gay years are worse than dog years), and the longing of regret amidst the need for friendship. Aging queen Miss Lily (reprised from his stage role by multi-talented actor and vocalist Tym Moss) and young stud Chris, played by dancer and Emmy-nominated TV producer Robbie Wayne, flea market vendors, are bequeathed the contents of a house in the North Carolina woods. Looking to find valuables to sell, they discover only a trove of old porn magazines among the bric-a-brac scattered throughout the premises. As they wade through the clutter, they begin an unexpected foray into their own lives and desires, superbly lensed by Jeffrey Wager, whose technique highlights Miss Lily’s angst and Chris’ ebullience, set against the melancholy low-sun angle of the South in late autumn. Miss Lily sees Chris as the object of his desire, even as he rages against the inevitable march of time (Moss brings the house down performing She’s Crazy That Way, written, as all the songs are, by Penny), but Chris sees things with a younger, less jaundiced eye, which doesn’t include Lily in his romantic vision. 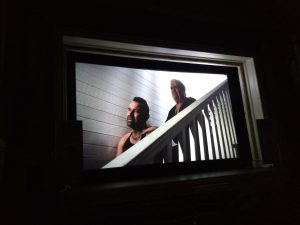 “I had a blast making this movie,” Moss recalls, “there were just seven of us, out in this abandoned house in North Carolina. Long days, sometimes I’d have just the night before to read and memorize a new song, then go out and shoot it the next day!” Wayne superbly choreographed all the dance sequences in the rustic environment, making ample use of ordinary props such as beds, balconies, and a pickup truck (it is the South, after all), and the interplay between the two thespians is sometimes lighthearted, sometimes poignant, but always engaging. Penny started out with a much longer movie than what was shown at qFlix, but the theatrical cut lost little in the editing. “I originally had a 2 hour, 20-minute story,” Penny reflects, “but what you’ll see in the theater is much shorter. I think it still works well, though.” The film expresses through comedy the pathos of facing gay life, the challenges of processing one’s feelings, and the universal need for companionship and amity among all people. Penny and his people make it work, and we expect to see more fine work from this very able cinematic artist in the future. You can listen to the soundtrack here: https://junk.hearnow.com/?fbclid=IwAR0CQSl3qusvoVEGt8hoVUXJN4ptGC2-Rdt784hph_yhchcVDtpRpyICCPE 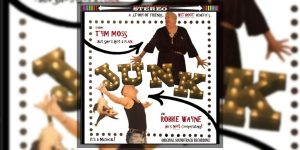