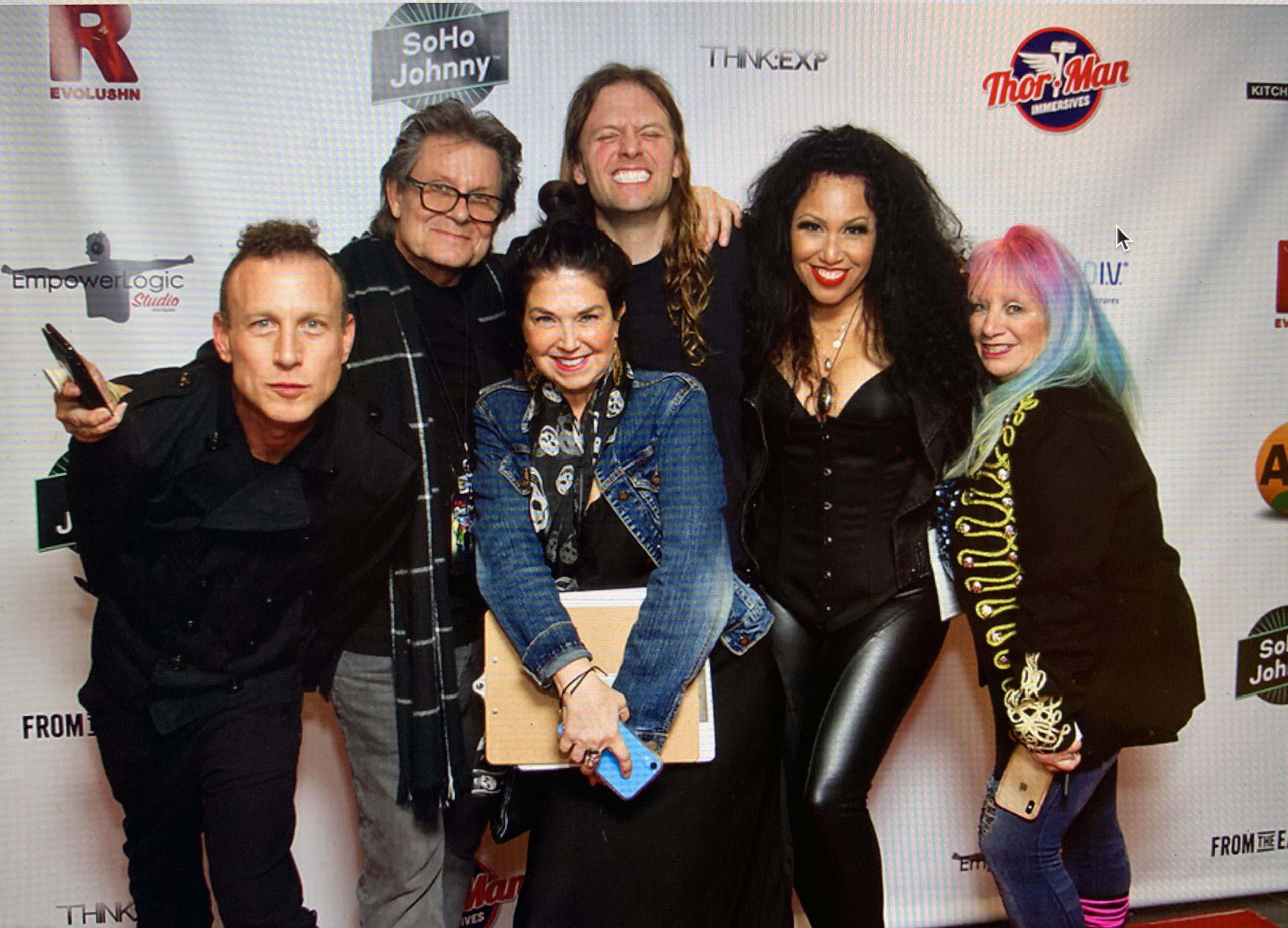 “Music gives a soul to the universe, wings to the mind, flight to the imagination and life to everything”….Plato

In a tiny corner of the dresser in concert photographer Billy Hess’ hotel room lies the remnants of the night before, a huge bottle of Jack Daniels (half empty), bottle of Cialis (gay Viagra), lip balm, camera batteries (used), small bottle of Fireball (that’s mine), gay birth control, hairspray, 3 empty packs of Marlboro lights (at least they are lights), various plastic wrap (condoms included),  bottle of flat coke, and a display of empty styrofoam cups sprawled all over one small section. There is also a camera diffuser that resembles a diaphragm and a black spray can of men’s deodorant, (thank god for that), and a replica of George Michael’s earring. The rest of the room was much worse. A fragment of the residual marked by NAMM, while Billy used the bottle of Jack as his morning mouthwash.

Our mission was to experience NAMM through the eyes and the soul of Think:EXP, the most immersive faction on the planet with members Scott Page of Pink Floyd, Supertramp, and Toto, Stephen Perkins from Jane’s Addiction, Kenny Olson founder of Kid Rock’s Twisted Brown Trucker Band,  Tony Franklin of The Firm and Whitesnake, Will Champlin from The Voice, and recording artist Derek Day. After 32 successfully sold-out shows at the LA Wisdome and a headlining performance at the huge Psych/trans  OZORA Festival in Budapest the band was summoned to participate in several NAMM events.

NAMM (National Association of Music Merchants), the largest music merchant trade show on the planet took place at the Anaheim Convention Center in California.  Rockers with colorful expressions, liberty spikes, long hair, flamboyant attire and black leather lined the streets with the passion of music exploding inside their brains as an expression of humanity, evoking laughter, emotions, and  aspirations without the use of words. The musical vibe was accompanied by a strong and familiar scent with an over-powering persuasion louder than words….weed. The energy level soared above the clouds like an adrenal high, or a boundless ambition, dictating the essence of life that engulfed the long weekend. For the media it was overwhelming in the best way possible.


Echoing the movements of the animated, vibrant and kinetic, “Energizer Bunny”, Scott Page, dashing from command performances to master mentoring soirées proved more challenging then climbing Mt. Everest, in a jogging stance, barefoot. Hugging Kenny Olson afforded one an instant and spontaneous contact high. Stephen Perkins donated his humor and sexy swagger to the mix while Tony Franklin’s quiet, soulful persona added a spiritual flavor until he transformed into a fretless monster on stage. The vocal talent of Derek Day and Will Champlin resonated through the crowded insanity and added to the alchemy of the conference.

The celebration began with “Nights After NAMM”, and Think:EXP performing: “The Dark Side of NAMM”, “An exploration of Pink Floyd and a Classic Rock All-Star Jam”, including a vintage car exhibit at the venue Highway 39 Event Center in Anaheim. The event was a benefit for the Watts Conservatory of Music, a prime example of Rock N’ Roll “giving back”…..The Watts Conservatory of Music is a Los Angeles based nonprofit which seeks to bring the joy and positive artistic and developmental benefits of playing a musical instrument to the community of Watts free of charge.

And that was only the beginning…..There was a slew of NAMM booth performances by artists including: Scott Page  and No Mansfield at  ElectroPhonic, an all-inclusive, self-contained, electric guitar manufacturer, Scott Page and Thomas Claxton at OWC Details, A computer hardware company and online store for Mac upgrades and accessories, Feng E, at Mahalo, a ukulele manufacturer, and then superstars materializing all over the place including Kenny Loggins, Earth, Wind & Fire, Slash, Stevie Wonder, Calvin Harris, Gregg Alan Rolie, and so many others. Pretty much wherever you turned there was a superstar  rock music icon lurking about.

Then of course there was Think:EXP’s performance at Dynaudio hosted by Ryan Berry. Dynaaudio UnHeard’s mission is about, “giving our love of sound back to the bands toiling away, rehearsing and writing, the bands living the music. Let’s give them a chance to make the unheard, heard.” The band was stationed inside what was a constructed transparent train, box car type booth where a massive crowd gathered round to hear them perform while they recorded. It was a wild, epic, impromptu, fiery performance by the band that is sure to become historically acclaimed…