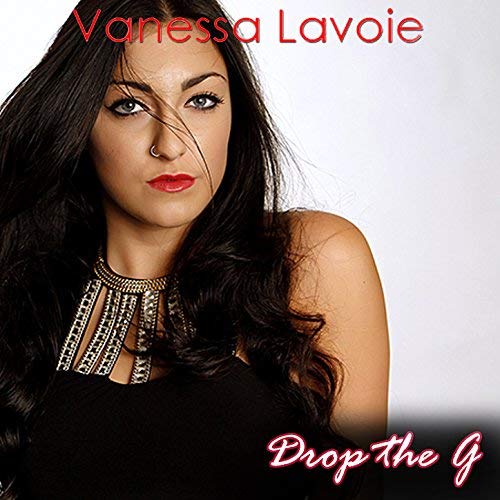 Vanessa Lavoie has been charming many with her powerful and angelic like voice for many years now. She is a Country Singer, Songwriter and Composer with a touching and powerful voice. Vanessa started singing at school performances at the young age of 9 years old. Winner of several singing competitions from 2007 to today, she was given professional contracts to sing in different Festivals in the Provinces of Ontario and Quebec since 2008. She also sings in various country artists’ album release, shows, events and Galas.

She performed at “La Place des Arts” in Montreal, “La Maison de la Culture” and “La Maison du Citoyen” in Gatineau. In 2012, she also performed at the Hot Air Balloons Festival in Gatineau for the opening of the group “Simple Plan” in front of an audience of 90,000, she also sang at the finals of the Leamy Lake Casino Fireworks in Gatineau. She had the chance to sing with renowned musicians such as Allen Bragg, Don Reed, Louis Schryer, and Jeff Smallwood. She has also been interviewed several times with newspapers, magazines, radio stations and television stations.

Vanessa has over 500 stage performances and she works real hard to evolve in the music business. Vanessa released her first music album in 2010. Her album was produced by Martin Bedar. The songs on the album are French & English Country/Pop. Vanessa’s talent impressed Sandra Dorion, a renowned singer from the Quebec province, at a point where she invited Vanessa to sing the song on her 1st album “Don’t Turn and Walk Away” on her new album released in 2011.

In October 2014, Vanessa was nominated for female Pop artist at the LA Music Awards in Los Angeles California. The song on her album “Don’t Turn and Walk Away” was #1 in October 2014 at the KX 92.1 Hot Country Radio station in Palm Springs California. She is now working with Jim Richardson Jr. from Rockland Mass. who is her Manager, and songwriter. He also wrote the song Butterfly Feeling which was recorded as a single in February 2016 and which he and Vanessa won an Award for March 2016 by the Akademia Music Award for Best Country/Pop Song in Los Angeles California.

In August 2016, the song Butterfly Feeling received a nomination for the IMEA Music Awards. Vanessa and Jim attended the Red Carpet Event on October 8, 2016 in Murfreesboro, Tennessee. In October 2016, Vanessa was in the Billboard Magazine – one of the biggest music magazines in the US. Vanessa recorded her 2nd album at the ToneSlinger Studio in Nashville TN along with Writers Jim Richardson Jr., Bobby Fischer (who wrote songs for Garth Brooks, Reba McIntire and many known artists)He also came to the studio in Nashville to meet Vanessa. There are also many more known songwriters who wrote songs for Vanessa’s 2nd album. Vanessa wrote the song “Daddy’s Love” and co-wrote “Wasting Time” with Jim Richardson Jr. Her album was released on December 3, 2016.

On June 6th 2018, Vanessa announced her signing with the Spectra Music Group/Tabletop Records for the release of the country chart-topping single “Drop The G”. She plans to continue working with the labels on a full album to be released soon.

“Drop The G” is currently climbing the Independent Music Network Top Country Charts and is now available to download worldwide. Get your copy of “Drop The G” by Vanessa Lavoie on iTunes in the United States here:

Request “Drop The G” at your favorite radio station today!

The official website for Vanessa Lavoie may be found at http://www.vanessalavoie.com