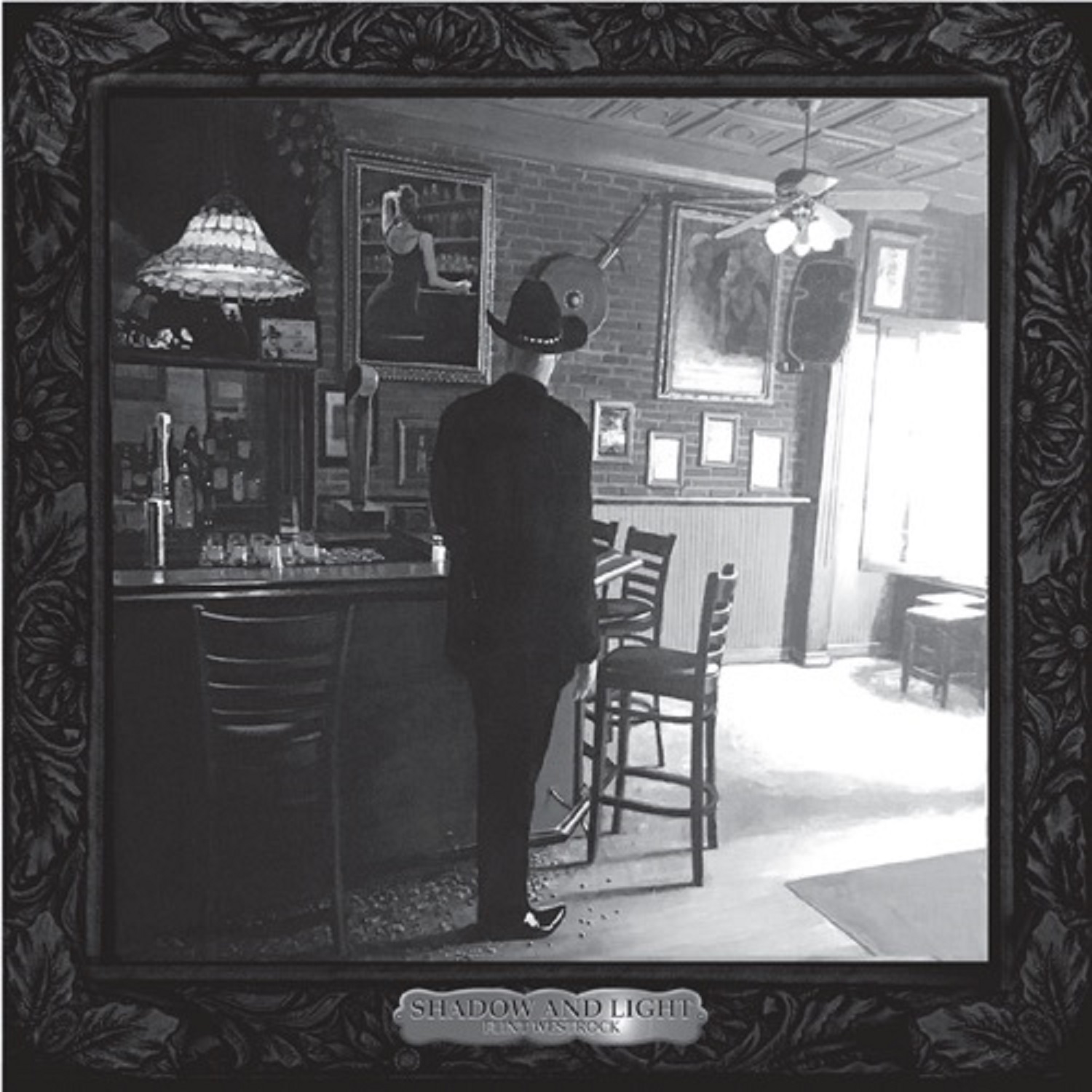 One of the first things you notice about singer Flint Westrock is his Paul Bunyan-like voice. He’s a brute of a singer, hitting those baritone notes that resonate for days in his new album Shadow And Light. Just as robust as his voice, are the 15 songs on the album. Each track swallows the listener into a great American saga. This country western/ Americana collection is full of tragedies and triumph, sung from a gentle, giant talent.

Westrock’s bio states that he grew up in many towns and in many part of the United States. He’s now based in Santa Barbara, Calif. Among his numerous day-jobs he’s been a truck driver, soda jerk, ditch digger, lawyer, author and publisher. He’s devoured as many western novels as most and notes his 6’5” frame. This is his fifth album release.

Collaborating with Westrock on Shadow And Light are Mitch Kashmar (harmonica; courtesy of Delta Records), Bill Flores (acoustic and electric guitar, baritone electric guitar, pedal steel guitar and dobro) and Tom Lackner on percussion. Westrock plays acoustic guitar on “Legend Of A Lost Boy”. All songs are written and mixed by Pete Umoff and Tom Lackner. Lackner also served as engineer. Shadow and Light was recorded at The Tompound in Santa Barbara.

Among the albums highlights are the haunting “The Day That I Died” that could very well serve as the soundtrack to any of The Twilight Zone western episodes. Westrock sings the thunder and hooves and blood shot eyes…and I cried to my mother as they carried me away, paints a magnificent tale. Westrock’s low register vocals have cattle call of tinny guitars, rich harmonica stretches and baritone electric guitar for added drama. What a way to start an album!

In the second track, “Go To Gulag” the guitars and percussion gallop around like a steed. Westrock’s tempo and pace is just as exciting and the song is real kick. The next pack of songs “Danger In the Air”, “Five Alarm Wakeup Call”, “California Sun” and “Count On Me” are a plethora of harmonica, gritty percussion and toe-tappers. “Five Alarm Wakeup Call” is so crisp and when Westrock sings why don’t you answer when I call, why don’t you answer when I call, the harmonica matches his urgent plea.

In “Who Am I” the percussion has a silver, metal percussion sound arrangement. The harmonica is once again prevalent, but doesn’t match the same bravado as “Five Alarm Wakeup Call”. “Who Am I” is a circular lyrical motion, with Westrock singing what to see, how to be, am I free, what am I, who am I…you think you know the truth…I see you through and through. What I liked most about this particular track is that I felt like I already knew who Westrock was even before this song. This song, like all the songs on the album, is caked with the dirt and blistered hands of an American man telling his story. Shadow And Light contains brilliant songs and fans of Johnny Cash will not be disappointed.