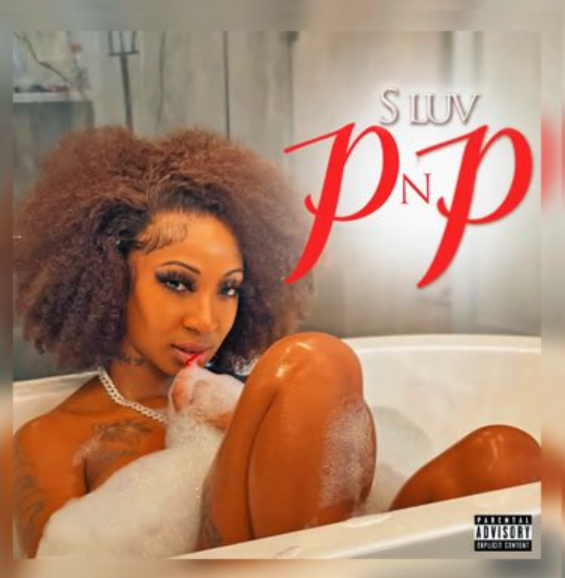 If there’s one thing we can learn about S Luv just from listening to her new single “P N P,” it’s that she isn’t the type to skimp on a big melody when she’s got one to rock. There’s no pull-back in her performance here, but instead, a moxie that I would like to think could become her signature in just a few singles’ worth of time. S Luv might be entering one of the most competitive eras in the history of pop music, but with the kind of passion she’s bringing to the table in this piece, I don’t think it’s a stretch to see her being viable for some time to come.

Although she’s straddling the groove with a lot of swagger, there’s no denying that S Luv is contending with a sizeable bassline essentially too big for the verses she’s singing – and she still manages to make it all sound seamless and smooth. Rarely does this singer seem like she isn’t comfortable with the more delicate arrangements that an R&B singer can contend with; honestly, I don’t know that she would enjoy cutting anything that wasn’t as challenging as this single is.

The mixing here is superb, and I appreciate the fact that it’s showing off the complexities of the composition as well as the best skills S Luv has when she’s working against the pace of the band. The rhythm here has moments of feeling rather perplexing because of how urgent the bassline gets in the latter half of the song, but because of the excellent construction of the layers in this track, it never sounds jagged or overwhelmingly removed from the status quo in pop music. It’s possible to be familiar and fresh, and this is one player who knows that.

I might not have heard S Luv before this autumn, but I didn’t need to for “P N P” to hit me like a ton of bricks greatly due to the emotional element in its creator’s execution. She isn’t just stepping into these verses – she’s giving us a piece of her heart in this performance that doesn’t fall to the wayside as we move from one verse to the next. It sticks with the audience and makes us hungry for whatever truthful emission she’s going to offer from behind the mic in the near future.

“P N P” has a lot going for it, and all in all I think you’d be really hard-pressed to find another single out this season that checks off as many boxes as it does. It’s got the voice, the virtuoso production, and even the velvety accents of a retro R&B number, but what’s more is that it’s being presented to us by a singer and songwriter who knows exactly what she wants to do in this industry. She isn’t afraid to be daring, and anyone who wouldn’t have guessed as much will get that idea when listening to “P N P” in the next couple of months.