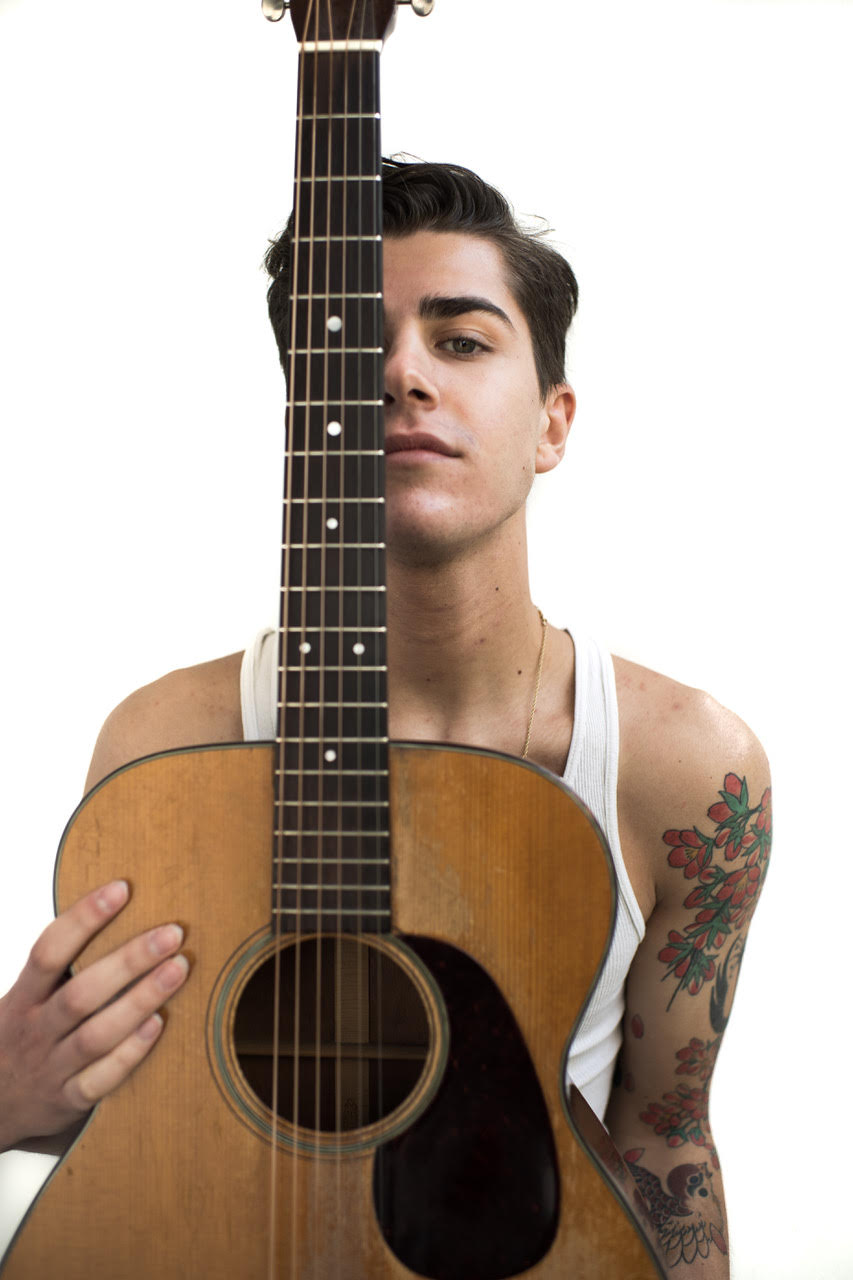 (Berkeley, CALIFORNIA – Singer/songwriter and guitarist Simon Lunche delivers his new single, “Grace,” the last single prior to the release of his album, Never Knew The Night.  Preceded by the singles “Red Delicious,” “Kiss Me,” and “Learning To Love,”  Simon Lunche delivered his album Never Knew The Night to fans after months of buildup prior to the release.

Bred in the eclectic college town of Berkeley, adjacent to Oakland and San Francisco, Simon Lunche grew up around all different kinds of people and places that helped shape who he is as a musician and as an artist.

“I hope people see and feel the struggle in this work, and also the humanity in these songs. I hope I help them to feel and know that we are all human. I’m just a regular person trying to get the feelings and experiences across. I think I did that with a lot of these songs and I’m proud to have made something that I think people will feel,”  Simon Lunche said.

From fine dining and hole in the wall restaurants in Berkeley to the wild and weird culture the college town of Berkeley AKA “Berzerkeley,” Simon Lunche loves his hometown.

While the Berkeley scene was founded by acts like the Grateful Dead and Van Morrison, Simon Lunche says the scene has changed drastically over the years, as some of the top clubs for music in Berkeley have closed and artists now venture to LA for bigger opportunities.

“The music scene has been dying a bit the last few years around here. Having heard stories from my older friends about the kinds of shows they’d see in the Bay Area in the past, things have change a lot” Simon Lunche lamented. “With all the venues that have closed, I know things have changed a lot. At one point you had artists like The Grateful Dead, Chris Isaak, and Van Morrison all really lighting it up and in some cases making names for themselves at the clubs around town. Now many of the famous venues have closed or aren’t seeing the business they once were. Even Slims, one of the most highly regarded little venues around closed recently.”

Despite the closing venues and artists moving to LA for brighter skies, the Bay Area is still producing great artists and venues like Bottom Of The Hill and Sweetwater Music Hall have continued to support artists like Simon Lunche.

Simon Lunche began playing the guitar at an early age starting at just 5 years old. A childhood prodigy of sorts, Simon Lunche used GarageBand on an old iMac to record hundreds of songs. From there Simon used  M-Audio and graduated to using studios around the area and eventually Los Angeles.

That work ethic and the resounding base of music that Simon Lunche has created is reflected in the entirety of the album, including all of its singles which were exclusively produced and written by Simon Lunche.

Adding to the allure of the album the drums on “In My Arms” and“Cherry Wine” were performed by Victor Indrizzo, while drums and percussion on “Heart” were performed by Rob Humphreys.  Background choir vocals on Cherry Wine and Loverfeature Brandon Winbush and Tiffany Palmer and Briana Lee who worked with Tori Kelly, Justin Bieber and John Mayer and Elvis Costello

While plans have changed drastically due to COVID-19 Simon Lunche has adapted to the changing world.

“Originally my plans for the next few months included touring to promote my record. Now all of that has been cancelled until further notice. It took me a little while at first to figure out how to best spend this time. Having just spent over a year in the studio and staring at Pro-Tools I was a little reluctant to turn the rig right back on,” Simon Lunche said. “Now that were a few months into this pandemic the creativity has started flowing again and I’ve been working on a bunch of new music.  That’s what I’m going to be doing for the foreseeable future. Whatever the next project is after this album will likely be full of a ton of songs written and produced during quarantine. That being said, I’m also trying my best these next few months to find creative ways to connect with my fans and promote this current album despite COVID. Whether it’s live stream shows on social media, or through little private zoom shows I’ve been doing I am going to continue to find ways to promote these songs despite the situation.

For more information on Simon Lunche check out his social media sites below: