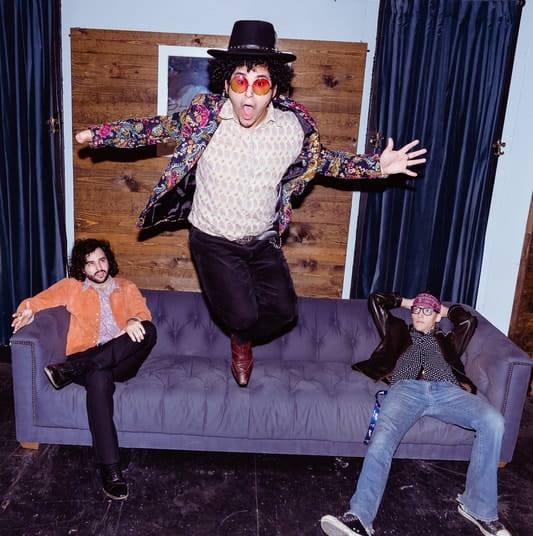 “Nightmare” is a single and video by Austin based DAYEATER

“Nightmare” is a single and video by Austin based DAYEATER, and they come with a unique story as Austin’s loudest psychedelic trio. DAYEATER consists of three players, one of them, Jesse Lee, who lost his hand in a 12-string accident, and bass player, Christopher Noel Brockett with a crippling insulin addiction, and a vegetarian, assuming the latter is a disposition but it’s really just apparently humor to classify the drummer, Landry Jackson. The writing and vocal harmonies come from all three members of the band, since forming in 2014.

It’s always good to have a fresh release to remind your fans you’re out there, but it can go both ways with a classic appealing to everyone and taking on its own life. DAYEATER are a psychedelic band, so they retain some classic values but otherwise they stay on the edge with each new release. And Austin is one of the places to do it, as the audiences are vastly open to anything new or old, regardless of genre, and they’re playing there on a regular basis. So, if you’re new to them it’s recommended to check out their past work which “Nightmare” brings up to speed as well.

It’s important to keep focused on both DAYEATER as an act and their material but being new to them it boils down to this song and video’s content of which to impress upon the globe. If you delve back and move forward, you’ll notice the progress, as with just about any good band. As far as the music is concerned it evolves as they go, which is of that experimental value in which psychedelic rock can bring. It keeps a freshness all its own that way as a genre because that is the nature of it, usually formed out of extended jamming. https://www.youtube.com/watch?v=TGDAgsbUgr0

The song kicks off in thundering fashion with some prodding done right, and the video is currently unlisted at the time of writing this, so it’s an exclusive look from where I’m sitting. I will just say that it perfectly accompanies the song and they keep the doom aspects up higher with the visual sequence leading up to live footage of the band. And that is where the song completely comes to life and proceeds to pulverize anyone listening and/or watching. By the time it’s well into this part of the video and song, you’re impressed regardless of what style of rock music you like.

It seems to be about claiming mortal ground, and that’s a cool concept in which to write in any capacity. The outcome, especially when the band come to life, is not only an impressive effort but a very enjoyable song it also turns out to be in the process. This even includes a wicked outro of guitars, bass and drums making it undeniably awesome and ending with a screm. It involves taking the time to listen and/or watch this nine-minute track in order to endure its length, and that is why I recommend the video experience. It’s a cool longform approach and an overall killer offering.